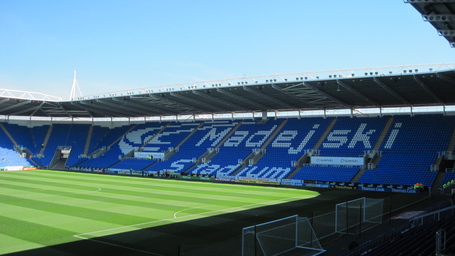 The Royals were denied league action on Saturday due to the weather but eight Reading players were in action for their clubs, with one scoring his first league goals and another part of a team who conceded 11 goals in two game.

Join us below the jump for our latest Reading FC loan watch.

The former Southampton left-back had led Burnley to wins in his first two games but suffered a reversal of fortune this week as Burnley lost as Middlesbrough and Huddersfield. Mills started both games, completing 90 minutes against Boro and 73 minutes against Huddersfield on Saturday. The defender was once again lively coming forward and put in a couple of good crosses against Middlesbrough, while against Huddersfield he again solid, with Burnley's fans generally rating him as one of their better players.

While he may have conceded six goals this week, young keeper Mikkel Andersen can still take heart from his performances despite only earning one point. Andersen made a spectacular save in his side's 2-2 draw with Colchester while the 'keeper couldn't do much about any of Carlisle's four strikes yesterday.

Obita made the move to join Andersen on the South Coast last week and made an immediate impact for his new club, scoring with his first touch off the bench to earn Pompy a point at Colchester. Obita was again named as a substitute against Carlisle but came on as an early sub in the 35th minute with his most notable moment being a shot that smashed against the underside of the bar from 25 yards.

Young defender Michael Hector played both games for Shrewsbury this week as they earned four points to move up to 11th in League One. Hector was praised heavily for his performance against Preston with the defender unable to do much about Tranmere's equaliser on Saturday. The young defender also picked up a second booking of the season in yesterday's game.

Ugwu started the season being played in an unfamiliar position out on the wing, but the young forward showed what he could do when played up front as he came off the bench to score his first two league goals in Yeovil's 4-0 demolition of Scunthorpe yesterday. The 19-year-old also played 17 minutes off the bench in the Glovers 3-1 at Brentford.

Young Reading centre-back Angus MacDonald must really hate playing teams beginning with B this season. In the pre-season he was part of a Reading XI stuffed 5-0 at Basingstoke and this week he's seen his new team ship 6 at Burton and 5 at Bradford, I can only suggest he stays well clear of the Barnet game this season.....

MacDonald was on the pitch for the full 90 as Burton ran riot, while he featured for 16 minutes after all the goals had been scored by Phil Parkinson's Bradford yesterday. There's little mention of him in the Dons' match report and that's probably a good thing on this occasion!

The former Shamrock man scored his first goal in English football last week and followed that up by winning a penalty in Accrington's 2-0 win over Port Vale in midweek. The striker played over 80 minutes in Stanley's win and had several efforts on goal as put in a good display for the League 2 side. Sadly neither Sheppard nor Stanley could do much against recently relegated Exeter, who ran out convincing 3-0 winners yesterday. Sheppard had the game's best chance when he had a header from just a few yards out, but the Reading loanee could only head over the bar. Still, all in all it sounds like a pretty decent week for the Irishman who's getting more and more involved in games as the season is wearing on.

Just one game for Woking this week, with the Conference side also being involved in action on Bank Holiday Monday. Not such a good week for the on-loan Reading striker Brett Williams as he was dropped to the bench for the trip to Forest Green, playing the final 21 minutes as Woking went down to a 3-1 defeat.