How many times did Adam Le Fondre get Reading out of trouble in the last few minutes over the past three years? Brian McDermott loved his super-sub, but he came back to haunt the now-Leeds manager on his return to the Mad Stad. Forget Fergie Time, it's now officially called Alfie Time!

Sadly, the first ten minutes of the match were marred by what looked like a serious injury to Jem Karacan, who must be sick of facing Leeds United by now. Karacan slid into a tackle with Ross McCormack and brought down the United striker, but it was Jem who went stayed down in obvious discomfort. The stretcher came on, and physio Luke Anthony looked deeply concerned as he escorted Jem down the tunnel. Thankfully Karacan was on crutches after the game, but the injury is bound to be serious. Hope Akpan came on in his place.

Reading had the best of the early exchanges as Robson-Kanu took up a role as the central striker, with Blackman on the right and Drenthe out left. And Royston set up the first big chance, as he floated a cross to the far post which Blackman met with his head. Robson-Kanu controlled and laid off to Danny Williams, whose shot was saved at full stretch by Paddy Kenny. Drenthe then found himself running at the Leeds defence on the counter-attack - with Blackman providing a good run to his right, he instead tried to curl a shot into the top corner, but Jason Pearce blocked with his head. Leeds' best opportunity came from Rodolph Austin who powered a shot into the advertising boards behind Alex McCarthy's goal. 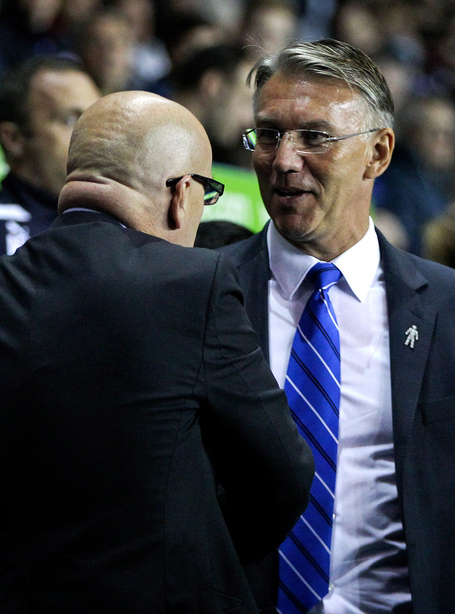 The two best chances of the first half fell to Sean Morrison, the towering defender getting his head to two free-kicks - the first from Danny Guthrie just inside the Leeds half, and the second from Drenthe in a similar position. Robson-Kanu was preforming admirably in the lone striker role, using his strength to hold the ball up. It was from this position that he turned a punt forward from Wayne Bridge into a great chance, as he turned Tom Lees and bore down on goal. Blackman made an excellent run to the far post but Robson-Kanu's cross was blocked. Half time, and the two low-scoring teams looked as though they would play out the second 0-0 in three days at the Mad Stad.

That man Morrison could have grabbed his hat-trick in the first minute of the second half with another free header, but clearly his luck was out, as another chance went begging wide of Kenny's post. Leeds were looking to soak up the Reading pressure, and Alex Pearce found himself marauding forward and playing a one-two with Robson-Kanu, but Kenny intercepted. He launched the ball forward and Noel Hunt could have completed those scripts as he entered the penalty area, but luckily Morrison was still in position to make a crucial interception. Ross McCormack saw his first sight of goal with a powerful volley which flew over McCarthy's bar.

Hope Akpan was the next man to get involved in the action - referee Neil Swarbrick had a word with him about some aerial challenges in which he was using his arms (entirely non-malicious, I must add), The former Crawley midfielder then broke upfield and had a shot deflected wide. Then Garath McCleary injected pace and directness to proceedings, and squared to Akpan, whose left-footed curler was saved by Kenny. 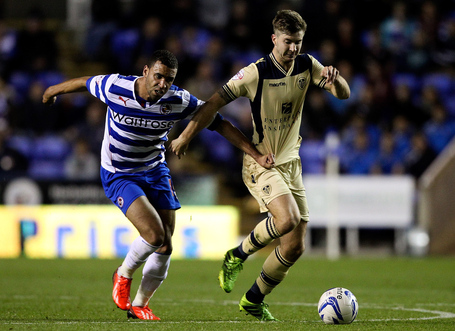 And in classic McDermott Reading style, it was injury time which proved to be decisive. Royston Drenthe had a hopeful cross/shot which troubled Kenny, so much that it actually hit his post and went out for a goal kick. In the third minute of injury time, Leeds should have won the game with yet another free header from a free-kick, but Jason Pearce looked aghast as his effort flew just wide - the Leeds fans thought they'd snatched the last-minute winner. But there was still time... Adam Le Fondre was brought down cynically by Stephen Warnock, who received his marching orders for a second yellow. And FINALLY, the luck fell Reading's way. Royston Drenthe's free-kick was nodded on by Danny Williams, and that man Le Fondre got the last touch as the ball found its way into the net.

For me, this was one of the better performances from Reading so far this season. Leeds didn't force Alex McCarthy into a meaningful save, whilst Paddy Kenny had to make three or four truly meaningful stops to keep the clean sheet - rather than the simple ones Kuszczak had to deal with against Brighton. Whilst there are clearly problems with the squad depth, it was that man Le Fondre who was in the right place again. The system worked today, and whilst it took until the 95th minute to grab the winner, it was no less than the Royals deserved in my opinion. 1-0 Adkins, 1-0 Reading - and 1-0 in that manner will do just fine.