Well, after my three articles detailing what went wrong with Reading this season just gone, perhaps it's time to look to the next campaign. And you have to say, the prospects look good for an attempt to get straight back to the promised land. Let's have a look at the bright sparks in place for the 2013/14 season.

Share All sharing options for: Reading 2013/14: The Future's Bright

This is a position that Reading have always been relatively blessed with. Let's have a look at those who have been at the club since our record-breaking 2005/06 season.

It's clear that this eight-year period has been relatively dominated by two goalkeepers in particular. USA 'keeper Marcus Hahnemann made 282 appearances for the Royals over a seven year period - averaging forty starts a year in all competitions. And Federici, since making his Reading debut in the 2006/07 Premier League season, has amassed 163 appearances in the Royals net. Of course, this season, we've seen a third contender to the throne in Alex McCarthy, whose appearances even netted him an England call-up. 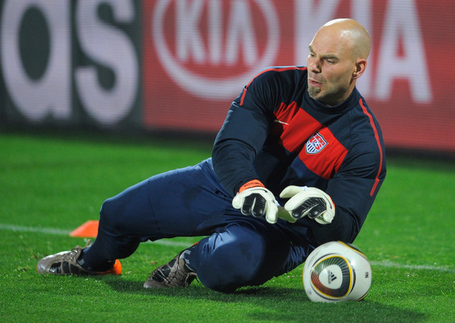 But it's the strength in depth which is perhaps more striking. Graham Stack made 26 appearances for Millwall in the Championship before joining the Royals mid-season in 2006. He went on to appear regularly in the Championship before heading to Hibernian in the SPL and, again, becoming a regular. Adam Federici displaced Hahnemann in the 2008/09 season before becoming the #1 the next season.

And in Ben Hamer, Mikkel Andersen and Alex McCarthy, the Royals have brought through their Academy three 'keepers who are at least Championship standard. Hamer made 41 appearances for Charlton Athletic en route to their 9th placed finish in the second tier. McCarthy replaced Federici in Reading's Premier League campaign and looks set to be #1 next season. And Andersen has just left for Randers, the Danish side which finished third in the Superliga last season and will attempt to qualify for the Europa League. 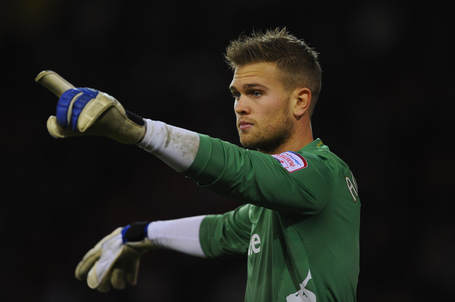 So what happens in 2013/14? Stuart Taylor is staying for another year and he has proven himself to be a solid back-up, though in the twilight of his career he will surely want to impress if he gets playing time. Andersen, as noted, has left on loan which leaves two other "first teamers" - McCarthy and Federici. It seems unlikely that either would be content with sitting on the bench, nor sharing playing time. So perhaps one will leave. Whichever one does (and even if neither are sold), the Royals will perhaps be in the best goalkeeping shape in nearly a decade. Which, when you look at those names above, is quite something.

Not my words, the words of Jimmy Kebe. When the Royals were at the bottom of the Premier League table last season, the Malian winger came out with these words about the squad. For many fans, it was true - the purchases in the summer were players proven at the Championship level. Chris Gunter and Garath McCleary both arrived from Nottingham Forest - Gunter as a Welsh international. Adrian Mariappa came in after a successful campaign with Watford. And in January, two players with promise in Hope Akpan and Nick Blackman arrived from League One, as well as right-back Stephen Kelly who was most impressive after his January arrival from Fulham. 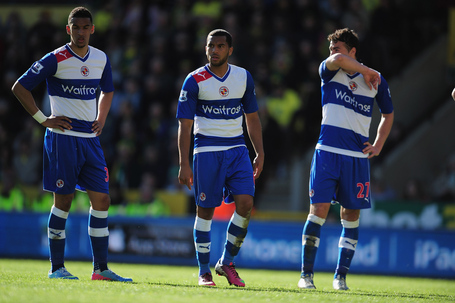 So if these players stay with the club, what's to say they can't prove themselves at this level. Let's compare the current squad with the one which came up in 2011/12.

Now, it's likely that there will be at least a few departures before the season starts. Equally, we'll likely see more players come in, in addition to the early marquee signing of left-back Wayne Bridge. But as it stands, I'd rather see the players we have in the squad now, compared to those who helped us achieve promotion in 2011/12.

The only position which needs obvious upgrading is at centre-back, where Alex Pearce is likely to leave and Kaspars Gorkss is unlikely to be first-choice. Another left-back would probably be shrewd, rather than making do with Stephen Kelly covering the position. But from the midfield forward, the Royals seem to be in a far stronger position than two seasons ago. If we were a good Championship team in December 2012, then with a few choice additions in the summer we can become a very good one. 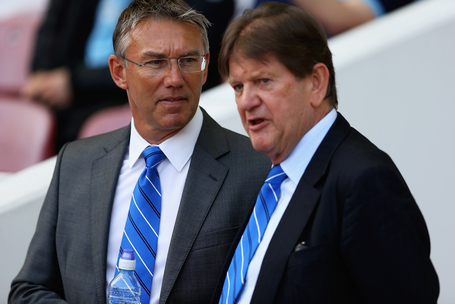 The first thing to say is that is in no way a dig at Brian McDermott. The current Leeds manager was fantastic in the Championship for the Royals, guiding us to the play-offs before finally delivering promotion in 2012. For whatever reason, things didn't work out between McDermott and Reading in the last campaign, and the man who had become synonymous with the club left amid controversy. So why shouldn't he be the man to achieve the same thing this time round?

Well, Nigel Adkins has shown just as much prowess in his managerial career. He guided Scunthorpe to the Championship twice in three season, after being relegated in the season in-between. His side survived his fourth season in charge, but Southampton persuaded him to join them in League One - he guided them to two promotions in two years as they joined the Royals in the Premier League last season.

And Reading fans have already seen the results on the pitch. "Playing football the right way" is an overused phrase these days but Adkins seems to have a very different philosophy and playing style to McDermott, and the fans have taken note. Whilst he was never going to perform the miracle of keeping Reading in the top division, the vast change in the viewing on the pitch was quickly noticed. With a whole pre-season to prepare, and the potential to bring in his own players to suit his styles, he has the potential to increase his ever-growing reputation and, indeed, his impressive haul of promotions. 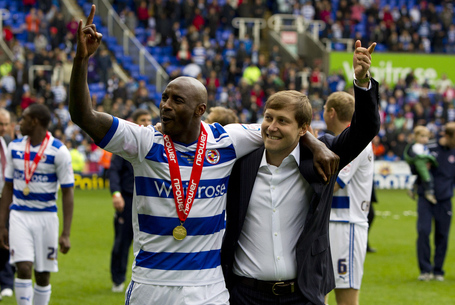 It can be argued that we didn't actually learn the lesson of 2007/08, when we were first relegated from the promised land. Not enough investment in the playing squad led to relegation - sound familiar? Players' heads turned by more attractive offers, and too many off-the-field shenanigans - it all rings true five years later.

But we're in a better position now to invest in the squad and, more importantly, keep it together. Anton Zingarevich has chosen his own man, Nigel Adkins, to lead his club. Perhaps with Adkins installed, promises were made about investment - not forgetting the fact that Zingarevich is more likely to want to invest in a manager he himself appointed. The parachute payments will help, as will the Russian roubles, and thanks to the work of Sir John Madejski over the years (and the apparent lack of investment for the last season), the Royals are in a secure financial position.

Let's not forget, it was Anton who helped us get to the Premier League in the first place. His investment helped to sign Jason Roberts, as well as retain the contract of Jimmy Kebe - and whilst the loan signings of Connolly, Mullins and Cywka may not have been integral cogs in the machine which rolled so effectively in the second half of the season, they all played their part. Without Zingarevich's investment, these players wouldn't have come in and the whole of last season would have been different. But with him, the future is secure, and in one year's time we could once again be celebrating promotion.

Are you excited for next season? Are you confident that the Royals can bounce back straight away? Or are you worried about the squad breaking up? Sound off in the comments below...