Here's the final batch from our football league blogging amigos.

Share All sharing options for: 2013/14 Championship Previews: In Their Own Words - Part 4 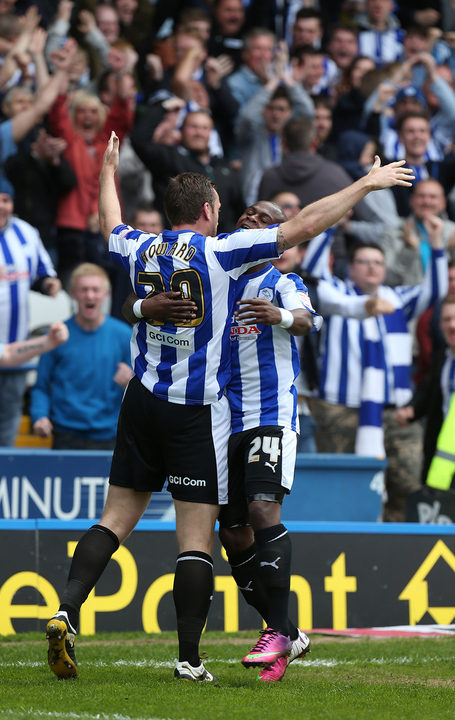 Joe from Yes We Cran (@YesWeCrann)

Nervous! To be honest it wasn't too bad a season for our boys, we had a good start, possibly too good, and then dropped off before saving ourselves at the end. I think the fact that we stayed up is the key for me, it's never easy to go up into the division above.

It's not been bad to be honest, we've picked up a couple of players and kept the bulk of the team that did well for us last season so I can't really complain.

Chris Kirkland will probably be crucial for us again, our defence wasn't too great last season and I'm sure he's going to be a tad busy this time around as well. A fit Michail Antonio could be huge for us too.

I'm looking forward to seeing Liam Palmer pulling on a Wednesday shirt properly. He spent last season on loan with Tranmere and did well. Chris Maguire is a massive talent too.

I'll be happy with a nice, boring mid-table finish this season. We battled relegation last time so to be comfortable this season would be perfect. With a good run we could maybe push for playoffs but I'm not holding my breath.

I only saw your lads in action in bits last season but you've got a strong squad who I'm sure will be capable of putting up a damn good fight close to the top of the table next season.

I think you'll be challenging for automatic promotion if I'm honest, playoffs at least. 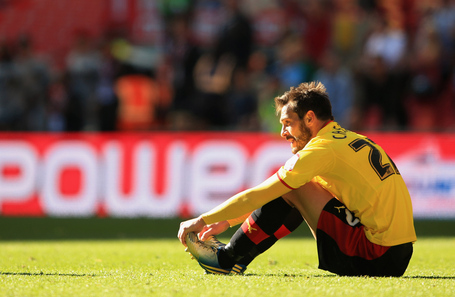 We achieved way above our expectations. In one word the season was a ZOLACOASTER!

Very nice. We weren't sure which players we'd had on loan last year were going to turn into permanent signings and if we would get more in. The players were tweeting pictures from training and we assumed a few would sign, but they have and we are very excited to have our core back and some interesting additions.

Player of the Season Almen Adbi will be vital again, but we are very interested in who will replace the goals of Vydra. Two new Italian recruits should do the job!!

I'm going to go with a man who must have intelligence going forward, Bernard Mensah. A product of our academy, it night be one season to early, but I hope to see him in action at some point!

Automatic promotion slot. Confidence is high and we have an amazing season to build on.

Not sure, I'm interested to know where the team is mentally. In my opinion, I know you deserved to go up as Champions two years ago, but I don't think you are a team that has built. I'm not sure if you are going to push for promotion or if this is a sort out year! 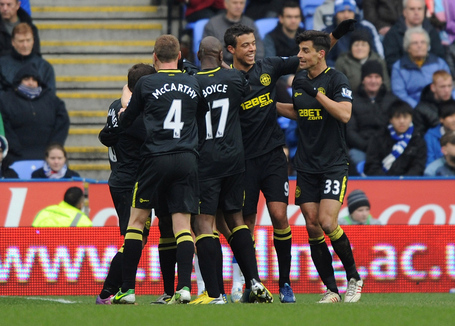 A mixed bag really. On the one hand we had the FA Cup victory and in the other we had Premier League relegation, one of the most unbalanced seasons you could have surely. As it stands though for me personally and a lot of other Latics fans I don't think we would change what happened.

It's not every day that your team wins the FA Cup and that fact that little Wigan Athletic managed to do so will live long in the memory of everyone's memory for a long time to come. While my head screams that staying in the Premier League was important the actual exposure the club now has from winning the FA Cup is fantastic.

There is another side to all of this and that is the off field stuff. Looking at the accounts, and what the club is planning to do to improve the whole infrastructure, 2012/13 was massive. Making a profit and finalizing plans for new youth academy and training facilities.

Well losing Roberto Martinez wasn't a great start. Follow that up with the exodus of players we saw at early doors. Well I think we were starting to worry. Yet there was a confidence amongst the fans, and still is that we have the core of a strong squad.

Since Owen Coyle has got his feet under the desk the club has strived towards building a squad that can fight on four fronts next season. Eight quality signings have followed and there isn't one of our new signings that hasn't improved on the foundations we have.

So far so good.

Tough one, extremely tough one; there are a lot of players in the squad who could step up for us next season. One such player is Shaun Maloney who over the past two seasons has been our most consistent performers. Next season he will be a player the team will look at yet again get the team ticking.

Can he make that killer pass? Find that gap in the opposition defence? He has been doing it in the Premier League and I have a feeling that he will yet again play in the same fashion for Owen Coyle.

One young player that might burst onto the scene?

Well discounting Callum McManaman, who I think still has a lot more to come, then I would have to say two names Nouah Dicko and Rakish Bingham. Both play in similar positions the wide attacking forward who has pace power and strength. They have both shown at varying levels they can score goals.

Depending on how they gel into the team and given the chance to shine for us next season, then I would say Dicko is more likely to be the man to watch next season for Wigan. Given a chance I reckon he could cause a few defences some problems.

That's a hard one to answer. Depending on how Coyle gets the team working together then I feel confident that we can go all the way and get back into the Premier League. It's a combination of if's and but's as the Championship for me is more competitive than any other league in the world, anyone really could win it.

I felt you had a good squad last season, and combined with that you have added a great set of players. With your newish manager in I think you will be a very different animal next season and could surprise a few pundits when it is all done in May.

I have to say I like Nigel Adkins style of play and feel he could help to really build a great team at Reading especially with the investment you now have.

Second place for you, just behind the mighty Latics; I would expect to see you up and around the top six next season and one of the teams fighting it out for promotion with us.

Unfortunately, we couldn't get hold of either a QPR or a Yeovil fan to give us their thoughts on the season ahead. So here are some reminders of how their seasons ended. 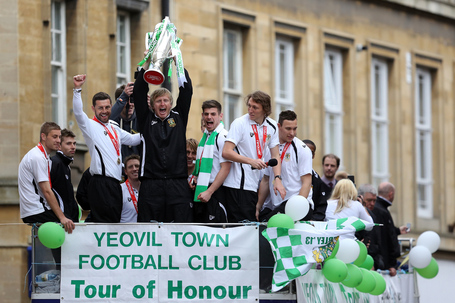 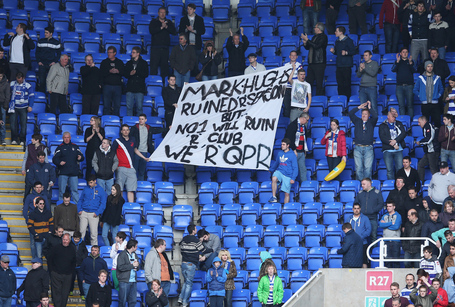 Thanks to all our contributors, and no doubt we'll be catching up with them later in the season for our pre-match Views From The Town End.

2013/14 Championship Previews: In Their Own Words