A pleasing win and a victory which wasn't without its moments of panic, but overall it was a solid performance from Reading to get three points on the board early doors. Here's how we rated the players.

He didn't have much to do, but made all the stops required - and was extremely unlucky for the Ipswich goal, for which he made a stunning save. Another good block from a McGoldrick shot ensured he only let in the one. His distribution was at times wayward, but overall a very solid performance.

As we saw last year, Gunter is great going forward, but suspect in defence. He found himself in dangerous positions a couple of times, but equally he totally switched off for the Ipswich goal. He was also caught upfield when Murphy broke down the left wing, which led to Ipswich's best chance for a second. 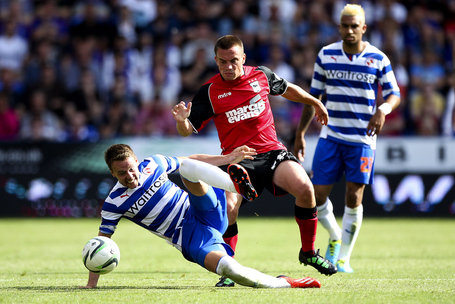 First game as skipper for the former Swindon man, and he didn't disappoint with another good display at the heart of the Royals defence. Solid in the air and put in the crucial tackles when it mattered.

Pearce returned to the side in the mysterious absence of Adrian Mariappa (who wasn't even on the bench) and acquitted himself well, although he's not quite as comfortable as Morrison with the new style of play under Nigel Adkins.

Solid performance from the new recruit, who got forward when necessary and was always solid in defence. As with Kelly in the latter half of last season, it could be a defender who proves to be the most important acquisition of the transfer window.

Playing in what I'd call the "pivot" position, just ahead of the two centre-backs, Guthrie was always looking to spread play and create chances. His goal may have taken a deflection but it was still a cracking effort, and he looks as if he will thrive in the new regime.

Perhaps slightly harsh on Jem, as he did his job in the heart of the Reading midfield, but there were far too many backwards and sideways passes for my liking. He seems not to like being under pressure. Defensively, though, he was sound. 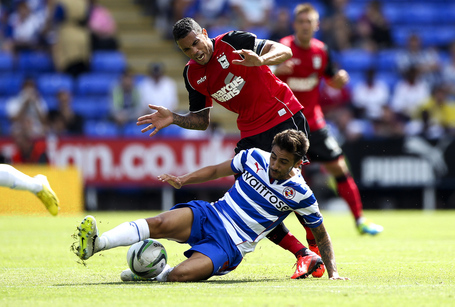 Non-stop excitement from the new winger. He may have looked a little rusty at times but his pace, acceleration, power and trickery captivated the Reading faithful. If he keeps this up for 45 more games, he will become a Royals legend.

HRK was a little slow to start but he found himself in some good positions in the second half, without being able to convert. Unlucky to miss from a devilish backheel, but spread play well without ever properly threatening.

The player of pre-season carried his form into the first league game as he linked well with Drenthe to create good chances, as well as providing the cross for ALF's equaliser.

Sadly too isolated, as we thought may be the case before the season started, but he showed his eye for goal when he popped up to bundle home the first Reading goal.

Operated in the hole behind the striker, and showed some good touches as well as pace and trickery. Could have scored late on but was unable to get the shot away. 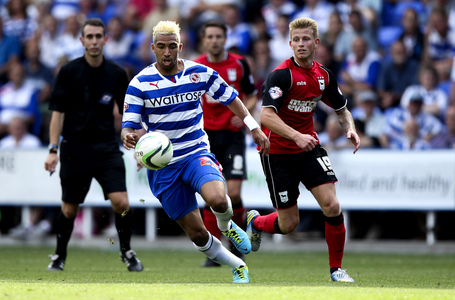 Do you agree? Who was your man of the match? Let us know below.