Whilst many Reading fans were shocked and saddened to see Brian McDermott lose his job as manager last season, most were happy to see Nigel Adkins appointed in his stead. The likeable former physio may have been unable to save his new club from the threat of relegation, but his record of four Football League promotions indicated that the Royals would have every chance of bouncing straight back.

Share All sharing options for: The Adkins Promotion Blueprint

All four teams that have been promoted under Adkins have achieved outstanding results against opponents finishing in the bottom half of the table, particularly in home matches: 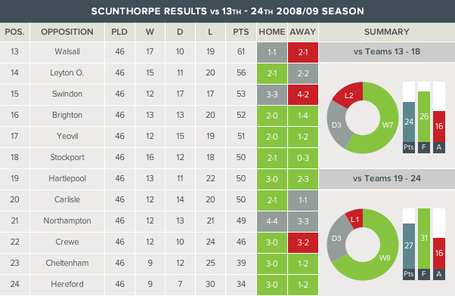 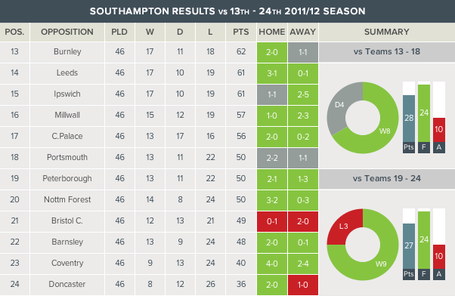 It is a widely-held view that you have to do well against the teams around you in order to succeed, but the evidence here suggests that punishing the weak and vulnerable is the way to go!

Tottenham picked up five more points than Arsenal against teams finishing in the top-half of the Premier League table last season, yet it was the Gunners that claimed fourth place and Champions League football.

Surrendering a two-goal lead at home to high-flying Watford should therefore not concern Reading supporters unduly, but it would be a different story if that happened against the likes of Barnsley and Yeovil.

REGULARS AND A PROLIFIC STRIKER

Two things stand out when studying the squads that Adkins has guided to promotion, namely the number of players making at least 30 starts and the presence of a striker scoring more than 20 goals: 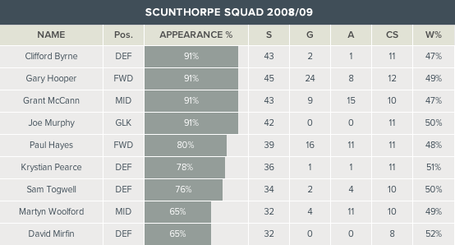 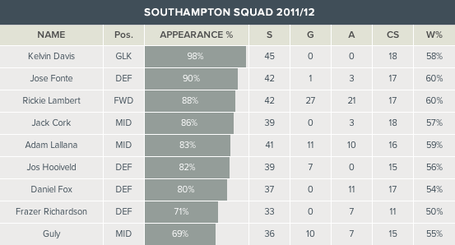 Such prolific marksmen do not grow on trees, but the Royals may already have one in their midst. Adam Le Fondre struck 25 and 23 goals respectively in consecutive League Two seasons at Rotherham, whilst he proved last year that he can find the net with regularity at any level.

Maintaining a settled starting XI is clearly important to Adkins. Injuries and suspensions will undoubtedly play a part over the course of a long campaign, but expect at least seven players to form the nucleus of his team.

Whatever happens, it would be a major surprise if Reading were not involved in the promotion shake-up. Most of the squad now have Premier League experience under their belts, whilst the manager has demonstrated time and again that he knows what is required to take a side up.

Our thanks to the team at Kickoff for their for their excellent stat work and the diagrams. You can check out more of their work and predictions at kickoff.co.uk.