Okay, the result wasn't ideal, but Reading can certainly take heart from their performance against Leeds, and the stats show a team that were well set up to take advantage of their opposition's weaknesses. We take a look at two positives and one slightly odd complaint from a goalless draw with Leeds.

The first thing to note is that Leeds were not terribly aware of their surroundings, with players being dispossessed by Reading markers 21 times throughout the match. Comparing this to Reading's 7, shows that Leeds are still a team finding their rhythm as a unit, but Reading clearly capitalised on this: a pressing game reaping rewards with plenty of snap long shots being the order of the day. 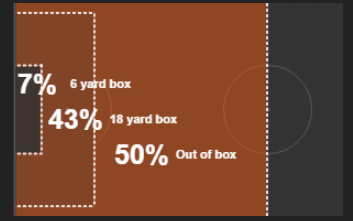 Sure, there was no end product with those long shots, but it took good saves from Nick Blackman and Simon Cox's efforts to keep the scores level.

Even with no end product, a team doesn't dispossess another 21 times without some instruction from the coaching staff to do so. I'll award this statistical victory to Nigel Adkins, who can count himself unlucky to see his team walk off with just a point.

My second point of unlikely congratulations goes to Nick Blackman, who seems to have had an excellent game. He completed four dribbles throughout the game, more than any other player on the pitch, put in three dangerous crosses, and had more shots on target than the whole Leeds team combined (okay, they only had one so it's not that hard). With his main competition for the right wing spot being Jamie Mackie, who has had an underwhelming start to his Reading career, Blackman has a good chance of holding that spot down if he keeps up this kind of form-at least until Garath McCleary  gets himself off the physio's bench.

Blackman's contribution to the game really comes clear when we look at his attacking positioning, and compare it with Jordan Obita, our main attacking threat on the left flank (despite him being a full back I know). 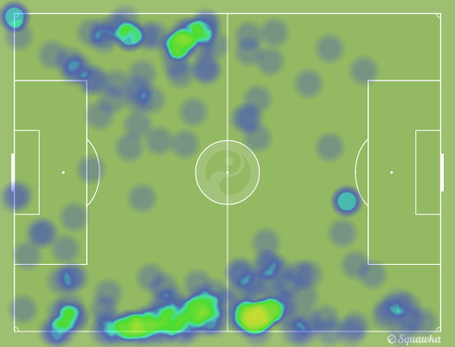 Blackman was an ever present threat down the right, while Obita hugged the left to take advantage of Sam Byram's positioning, with the Leeds right back often seen on his own little marauding stunts down the wing. Blackman seems to have learned some more positional discipline, and the stats against Leeds show that he had a lot of success out there on the right. Don't be surprised to see him line up there again for the next few matches, and long may his form continue.

Throwing It All Away

I promised a statistical quirk and here it goes.

Throw ins. They're not the most important part of the game, I know, but if Adkins is trying to mould a possession-minded team then getting them right and holding on to the ball is going to be key. In general, our throw ins against Leeds were good, but let's take a closer look. 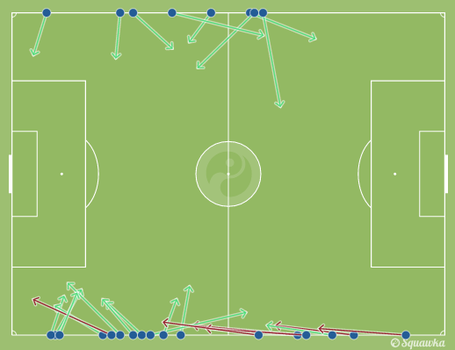 Gunter was perfect, but Obita seems to struggle with one particular kind, the long throw down the wing. I wrote a few weeks ago that Federici seemed to like kicking down the left, where Nick Blackman was usually waiting to make an aerial challenge. Now that Blackman is on the right, it leaves Jake Taylor as Obita's main support on the left. Taylor's not the tallest in this team, and when throw ins are launched up to him he seems to struggle, with very few of those ‘down the line' throw ins actually reaching their intended target. This isn't disastrous, but its something that we may want to improve upon if possession is to be the way forward for this team.

There you have it. Two positives and a slightly negative quirk. Who said goalless draws have to be dull?