In part one of our editorial team catch-up we covered current expectations, pleasant surprises and the good of the campaign, now it's time to get down to some of the worrying aspects of Reading's season to date.

Share All sharing options for: The Tilehurst End Round Table - November: Part Two

As per part one, present to bring us their thoughts on Reading to date are Wimb (WI), WilliamOwain (WO), Olly_Allen (OA), Jonnafon (JF), BucksRoyal (BR) and Royal Hoops (RH)

Which Reading player has disappointed you the most?

WO: Is it a coincidence that the two players who came straight to my mind are our two Jamaican internationals who played all through the summer? Probably not but McCleary's form wasn't that great last season either. Hector may be suffering from increased expectations since his move to Chelsea so I'll give this unwanted award to McCleary.

JF: A split vote between Jordan Obita and Michael Hector, both of whom had shown real promise in previous seasons but sadly have looked bereft of confidence and will surely face an uphill battle to regain the faith of Steve Clarke. Also many of the new signings haven't exactly shown themselves to be the players we thought we may be getting to ignite the squad.

OA: As much as I know how good a player he can be, my choice has to be Matej Vydra, based purely on his lack of contribution to the team. I was certainly expecting a lot more of the striker, who has been clinical in his previous two seasons in the Championship. However, Vydra has scored just once and generally been unimpressive. Yes he has created a few chances and his link up play is good, but the end product isn't there. It was a risk to pay £2.5 million for a loan player, and at the moment it's a risk that hasn't paid off. But I do hope he comes good, for not only the sake of Steve Clarke and himself, but also the fact that he has the potential to be crucial to a promotion push.

It was a risk to pay £2.5 million for a loan player, and at the moment it's a risk that hasn't paid off

WI: Yeah Vydra hasn't exactly set pulses racing the way we hoped but I think injury and a lack of regular game time might just have something to do with that. Like Will I'll also go for McCleary who should be one of our biggest threats yet gets overlooked for a loanee in Ola John.

RH: There's a handful I could pick from. John, Piazon, Obita, McCleary... But I've got to go for Michael Hector. After the season he had in 2014/15, I thought he'd go from strength to strength and be the bedrock in our backline. Unfortunately, that's not been the case and he's regressing in his defending abilities. Whether that's due to tiredness from playing throughout the summer, the sudden burden of expectation from signing for Chelsea or some other force at play, I genuinely wouldn't be surprised if Jake Cooper jumped ahead of him in the pecking order.

BR: Another one here for Matej Vydra. Injuries haven't been kind to him but, bar a good performance at Fulham, he hasn't discovered any kind of form. The loan fee would have suggested he'd be one of our brightest stars this season, but he's so disposable at the moment. There's a long way to go this season, but he really needs to up his game - and sharpish. 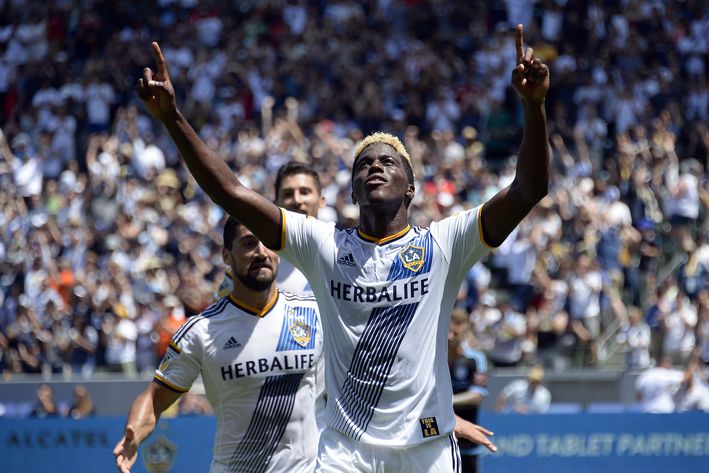 Read the latest transfer rumours on The Tilehurst End, including a move for this LA Galaxy striker.

If you were given funds to sign one player and one player only, what position/type of player would you go after?

OA: Considering the injuries that we have at the moment, I would buy a combative, box to box midfielder. Oliver Norwood and Danny Williams are more defensive players, but to have a creative attacking spark in the middle of the park would be great. Alex Fernandez has shown glimpses, but is perhaps not the complete package. Steve Clarke I think agrees, and trialist Dillon Powers or rumoured loan signing Liam Bridcutt would fit the bill perfectly.

WI: Yup we've got to get a bit of bite back into the midfield and the opinion we had from a Colorado fan on Dillon Powers plus the Bridcutt rumour does seem to suggest that Clarke knows that too. I'm also not convinced we've got enough striking options but maybe Dom Samuel comes back from Gillingham in January and becomes a decent option.

Nathaniel Chalobah may have rejected us in favour of more exotic climes, but we're really missing that type of player at the moment

RH: The squad is so strong, and so many players have a point to prove, that it's a toughie. In fact, I might throw a bit of a curveball out there and say I'd bring in a right back. Chris Gunter has been consistently good this season, but one injury could seriously derail any momentum Clarke's team have built up.

JF: Agree with Wimb & Olly, Central midfield. I've said on TTE Podcasts before that we still looked light in the middle of the park - even before the injuries to Quinn and Tshibola - and we need a battler in the middle of the park because there's very little presence there. Nathaniel Chalobah may have rejected us in favour of more exotic climes, but we're really missing that type of player at the moment.

BR: Yup a central midfielder. Although another goalkeeper, target man and a left winger would be nice. Another midfielder with some physical presence would be an excellent addition, especially with the doubts I'm currently having over Williams. In short, we need Chalobah back.

WO: They say a good goalkeeper can win you points. So far neither Al-Habsi or Bond have won us points but they've both helped us lose points. I'd love a goalkeeper like David Marshall who inspires.

Has anything surprised you about the rest of the Championship?

RH: Brighton. What on earth has gone on there?!

OA: Agreed Hoops! I don't think anyone was expecting Brighton to be in the top two and still unbeaten at this stage of the season, so credit must go to Chris Hughton & co. However, after seeing them against Reading last month, I'm not convinced that they will still be up there come the end of the campaign. There's also a few teams in midtable that I thought would be higher up such as Wolves, QPR and Brentford. Finally, I really shouldn't be surprised, but I'm shocked by the number of Championship managers that have been sacked already!

BR: Yep, Brighton. Every year, one of the best sides in the league went into the season with little to no expectations of a title charge, and Brighton are currently filling that role. Chris Hughton, so unfairly sacked by Newcastle having won them the league a few years back, is working wonders at the Amex.

WI: Yeah didn't see Brighton coming but then there always seems to be one in the Championship every year that sneaks up on you. Down at the bottom I thought the MK Dons might be on of those teams to make an impression like Brentford last season but all f the promoted teams are having a tough job of it.

Chris Hughton, so unfairly sacked by Newcastle having won them the league a few years back, is working wonders at the Amex.

JF: Consistent in its inconsistency, as always... It's a worn cliche that never fails to ring true despite how much I loathe it, and I don't think you could really rule many clubs out of either promotion or relegation just yet. The recent spate of sackings has surprised and disappointed me, but the charmed lives of managers are almost an entirely new talking point that I won't open that can of worms here!

WO: The standard has definitely gone up. I have yet to see a really weak team and even out of form teams likely to struggle against relegation are now organised and hard to beat.

Finally where do you think Reading will end up?

BR: A place in the Playoffs beckons. Reading will stop the rot after the international break, then gradually build back up, culminating in a 4th/5th placed finish.

OA: I said that the minimum requirement should be sixth, and I think that we will achieve that. There aren't six better teams than Reading in the league, so I think we will finish somewhere in the play-offs. Unfortunately, we probably aren't quite good enough for the top two, and then the play-offs are a lottery and our record in them is poor. But anything could happen in this rollercoaster of a division, so I'm going to say we'll win the play-offs!

WI: I think we'll sneak into the top six, probably closer to sixth than first.

WO: Fifth or sixth. I would be surprised if any of the top five finish lower than sixth so it will be tough.

JF: Despite our recent form I'm still confident Clarke can rally the team and hopefully in January he may be given some more funds for a final push. I'll go for 5th, and I'd prefer not to tempt fate about how we fare in the play-offs..

RH: I reckon Clarke will turn this blip around and we'll end up in the play-offs. I'll go for 5th.

Thanks again to our editorial team, we'll have another round table just after the end of the next transfer window but in the mean time let us know your thoughts below or via twitter @Thetilehurstend.