How Should Fans Look Back On Pavel Pogrebnyak's Time At Reading FC?

So Pavel Pogrebnyak has gone but what legacy has the Russian left after his three years in Berkshire? Was he a cult hero or expensive waste of resources? Bucks & Wimb look at both sides of the debate.

Share All sharing options for: How Should Fans Look Back On Pavel Pogrebnyak's Time At Reading FC?

For me, judging the Pog on his earnings is a tad harsh - after all, he accepted the contract that was offered to him by someone else. I'd argue that, to get your full money's worth out of a reported ~£65,000 a week striker in the Premier League, you'd need to have signed an experienced pro from one of the top 10 sides in the division. Pavel Pogrebnyak wasn't that - he was in many ways someone else's vanity purchase that almost wrecked the club. If, alternatively, he'd been given a much lower wage packet, he would have attracted much less criticism from the Reading faithful, and we wouldn't be having this debate.

Despite the circumstances of his arrival, Pogrebnyak undeniably left us with some great memories, even carving out something of a cult status. The 2012-13 season certainly was a disaster, but I for one will cherish some memories from that campaign for a long time. Amongst them are Pog's goal at Chelsea that briefly threatened to help Reading secure a win against the European champions, the late winner at QPR in the cup, and the semi-legendary comeback at home to West Brom that was topped off by Pog's late finish. 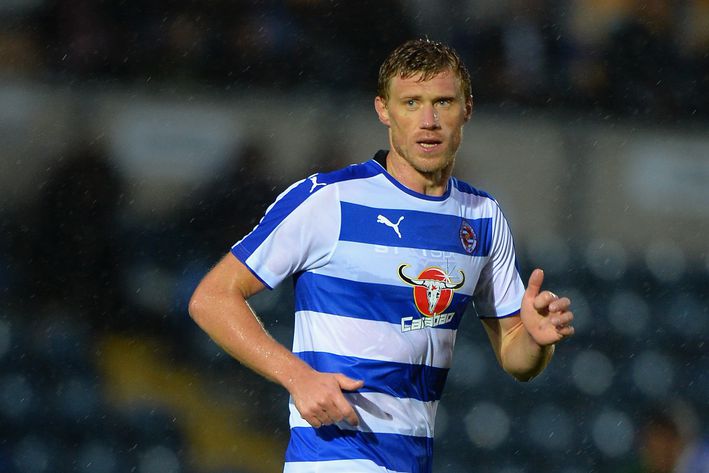 In what comes as a bit of a shocking move, Russian forward Pavel Pogrebnyak has left Reading after three years at the Madejski Stadium.

Although his goal scoring in the Championship was disappointing, 13 goals in an ill-fated promotion attempt followed by another 6 in a horror show of a season is hardly disastrous. Reading's creative play over the last two years was usually average, and sometimes non-existent. Within that, the Pog popped up with important goals like the ones at Doncaster and Wolves, and was a battling presence up front throughout - particularly in his few months under Steve Clarke.

Simply put, the last three seasons have been pretty traumatic for Reading. The Pog arrived during a period of major issues on and off the pitch and, due to how much someone else had chosen to pay him, was expected by some to be a magic fix to on-field woes. That wasn't possible when so much around him was going wrong. The teams that he played in over the course of those three years were dysfunctional, and underachieved as a result. That's not an environment in which you can expect someone, regardless of their wages, to put away 20 goals a season.

Nonetheless, fans are a fickle bunch - the expensive, under-performing striker should be an easy target when things are going wrong. In spite of that, he became a cult hero in what was on the whole a Greek tragedy of an era at Reading Football Club. The battling, tough-as-nails, ‘Big F**king Russian' may have divided opinion, but I'll certainly miss him.

When Reading first announced the signing of Pogrebnyak, I remember the feeling of excitement sweeping the fanbase. The fact that we'd gone out and bought a player who'd been banging in Premier League goals for Fulham just weeks before seemed to show that our new owner was deadly serious about taking us to the next level and here was the talismanic forward we needed to kick-off a new golden Premier League era.

Yet even from the start there were whispers and suggestions that this might not be the best move for the football club. Former Sunderland chairman Niall Quinn spoke of how Pogrebnyak had 'blown his club out of the water' with his wage demands and given how Sunderland aren't exactly afraid to splash the cash, that immediately should have set alarm bells ringing.

Likewise, you always got the impression that this wasn't a McDermott signing, something Brian would admit later. Signing an expensive foreigner just didn't look right when you stacked up the move against past arrivals like Mikele Leigertwood, Ian Harte or Jason Roberts. Still, the majority of us just dismissed those concerns amid the influx of Premier League cash and bold promises by the owners following that sensational run to promotion.

As Bucks mentioned, early on it looked like the signing was a master stroke. His header against Chelsea was awesome and further strikes against Peterborough, QPR and Swansea hinted that the Russian would do well in Berkshire. Then the wheels fell off.

More: Reading Position Previews: Strikers OPINION: Sa A Player Of Great Potential Should Players Be Judged On Their Wages?

Reading just couldn't win a game in the Premier League and with a fancy new approach not working, McDermott went back to what he knew, giving Adam Le Fondre, Noel Hunt and Jason Roberts chances in front of the Russian. While a recall in January yielded a couple of vital winners against West Ham & West Brom, a return of just five league goals was a pitiful return from a man who by all accounts was the highest earner in our history.

If he was average in the Premier League at least Pog would be awesome in the Championship right? Well not exactly. 19 league goals in two seasons would be OK for a Nick Blackman or Hal Robson-Kanu but for a Russian international costing somewhere between £1.5m and £3m a season, it just wasn't good enough.

I accept that it wasn't all Pog's fault. You couldn't accuse him of not trying (aside from during an open transfer window...) but he just didn't do enough to either score goals or create chances for others. The Russian was useful but never the leading striker we desperately needed.

In many ways Pogrebnyak sums up the whole Zingarevich era. There were moments of pure joy that you'll never forget, like the winner against West Brom, but those moments came at far too steep a cost in the long term. I'll always appreciate what 'Big Pav' did for us but there will always be a nagging feeling that he should have done much, much more.

So how do you see it folks? Was Pog a cult hero, waste of money or somewhere in between? Have your say below.