A draw to keep the unbeaten run going, but how did the players perform individually?

By far his busiest league game yet. Flawless handling, one dodgy kick first half but more than competent.

Comfortable first half, typically energetic down the right flank but could have sorely cost us with the hopeless throw in that led to the best chance to win it.

Similar to McShane, busiest match so far this season but did well against a motivated attack.

An uncomfortable evening up against Clarke-Harris and Derbyshire but generally marshalled well.

Chris Armstrong Mk.2. Solid defensively, unspectacular in attack but looked to contribute wherever possible. Would like to see him charge at the full back more often and whip in a cross.

An obvious threat from the word go, unlucky not to score on a couple of occasions. Had the measure of his full back and the understanding he  has with Gunter is up there with the Shorey/Convey and Murty/Little partnerships. A joy to watch.

Typically spirited and energetic, had a very good first half pressuring the ball but as the game opened up struggled to impose himself. Takes the ball on a second too far at times and loses possession when the ball should be released much sooner.

Wonderful ball to Blackman for the opener, lost some effectiveness in the 4-4-2 but maintained a enough influence to dictate our midfield.

Anonymous first half, didn't find the gaps in the middle and had little to no influence on proceedings. Second half better as space opened up but was rightly subbed just past the hour for Paolo Hurtado. 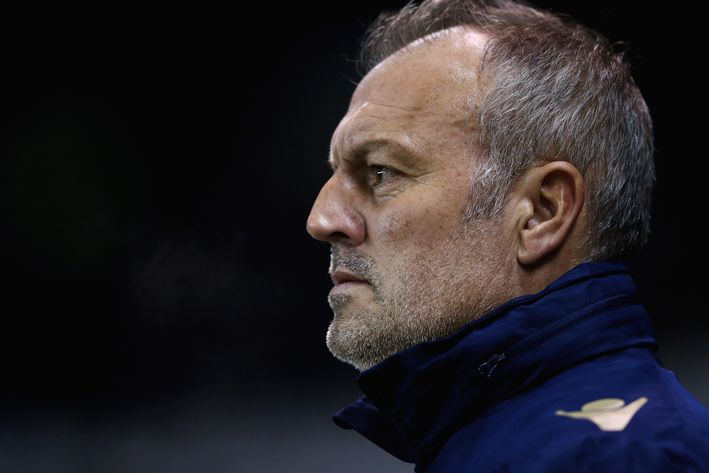 It was a night of mixed feelings in Rotherham for Reading who let two points slip from their clutches against a side in the relegation zone. Read Handbags' full match report here.

Wonderful opener, and dangerous throughout, created the chance for Piazon thanks to some great vision at 1-0 in the first half. Moved to the right wing in the 4-4-2 and created some opportunities but better execution required on the final ball.

Struggled first half due to a lack of space and the ball being played into his upper body. Improved markedly second half as the ball was played into his feet and his influence and chance-creating ability was there for all to see. Has an understanding with Matej Vydra which, with cultivation and games, should be deadly in this league.

On for Lucas Piazon, some lovely little touches, looked a marked improvement technically on Piazon although admittedly they played different roles due to the formation change. A positive contribution to the attack throughout without creating any chances himself, but his vision for the man in space and execution of a deft flick or pass looked promising.

On for McCleary and immediately sent up front to partner Sa, two rasping shots late on could have won it but all round play rusty. Miscontrolled passes to him, underhit or skewed passes to teammates, but the movement was there to trouble any defence. [Cliché alert] Match fitness required.