The Royals continued their impressive form in the Championship with a victory over promotion contenders Middlesbrough. Here’s Becka’s match report from a pleasing afternoon in Berkshire.

Saturday’s game at the Madejski Stad was potentially one of the most important games of the 2015/16 season so far. Middlesbrough travelled south on the back of five consecutive league wins which saw Aitor Karanka’s side sitting in second place.

Reading had slipped a place overnight after Burnley’s Friday night victory at Rotherham, but Danny Williams’ goal after 15 seconds, and a late penalty from in form attacker Nick Blackman ensured that the Royals went back to third. They also closed the gap to their opponents to just two points, and Brighton being held to a draw at home to Cardiff meant that the Royals are within four points of the top.

Steve Clarke made two changes from the team who picked up three points at Burnley last Saturday. Orlando Sa came straight back into the side for Garath McCleary, after serving his three match ban, and Ali Al-Habsi got his first start in the league for Reading; replacing Jonathan Bond who had picked up a calf strain. With an abundance of centre midfielders on the pitch, the shape looked somewhat lopsided at times, with the right wing looking slightly weaker than the left. However, the attacking strength we have got used to seeing this season was in full force again, with lots of chances being created.

In recent games, Reading have made a habit of scoring early goals, but I don’t think anyone was expecting Williams to head home the first goal of the afternoon after just 15 seconds; the quickest in the league so far this season. Hal Robson-Kanu made an impressive run and crossed in from the left hand side; finding the USA international unmarked in the box who headed home his first home goal in Reading colours.

After this quick goal the Teesiders knew they were in for a difficult afternoon, and even though they dominated possession for long periods of the game, they never really looked like scoring. The Royals, however, made plenty more opportunities before the break. The most notable of these was when Blackman was denied by Dimitrios Konstantopoulos, only for the ball to fall to Orlando Sa. His right footed shot was headed impressively off the line by Daniel Ayala. 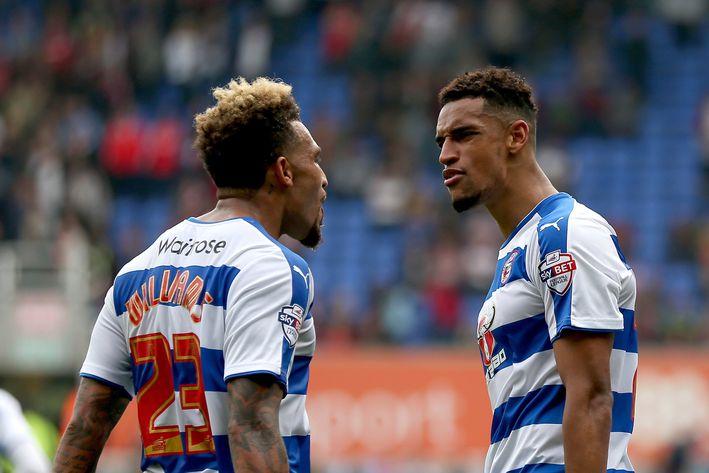 Here are Becka's player ratings from the game.

Boro’s only shot on target came just before the break. Stewart Downing took a low free kick, but was denied by Ali Al-Habsi even after his view was restricted by a crowded penalty area.

The second half continued much like the first, with Boro enjoying lots of possession without creating much of an end product. Even though they built in confidence, they just couldn’t seem to get going, and this was the first time they’d failed to score in their last seven games in all competitions. Grant Leadbitter had a 30 yard shot which sailed just wide of the post on the hour mark, and substitute Carlos De Pena headed just wide with 10 minutes to go.

However, the home fans got behind the Royals, and they started to push for another goal. Their efforts were rewarded two minutes from time, when Blackman was brought down in the box by Fernando Amorebieta. He stepped up to take one of the coolest penalties I’ve ever seen; stuttering his run so Konstantopoulos was committed to the left hand side of his goal whilst Blackman rolled it in to the right. This was the striker’s ninth goal of the season, and sealed Reading’s fifth win of the campaign.

This was a very much an impact win from Reading. Successive fixtures of Burnley away and Middlesbrough at home looked difficult on paper, and I think before the game last Saturday I would have been reasonably happy at taking two-three points from those two games. To come away with the maximum on offer is pretty awesome, and shows that we could genuinely be going places this season.

It was another comfortable attacking display, and the defence looked as solid as ever with the ever reliable Paul McShane and Michael Hector making some great tackles and blocks. It was the perfect result heading into the international break, and I have every confidence we can keep building on this impressive run.