Defending The Indefensible? Why Steve Clarke Doesn't Deserve To Be Hated

In less than 24 hours Steve Clarke has become compromised in the eyes of many fans. @WilliamOwain explains why he thinks he doesn't deserve the vitriol coming his way.

Share All sharing options for: Defending The Indefensible? Why Steve Clarke Doesn't Deserve To Be Hated

Just four days ago we revealed the results of our monthly survey of fans' opinions on Steve Clarke. Despite a poor run of form he was still given 3.61 out of 5. 10 percent of those who took part even gave him full marks. If the same survey was taken today the results would be very, very different.

Of course a lot has changed since then. Or has it? Steve Clarke is still manager of Reading Football Club. He is rumoured to have held talks with Fulham and, according to reports on Wednesday, was on the verge of moving to West London. Fans' reaction was of shock and incredulity that he would make a move that was at best sideways. Clarke agreed with them yet he is now, going by the reaction on twitter, an unwanted man.

For me that is both premature and unfair on Clarke. For starters we still know very little about what actually happened. Late Wednesday night the Daily Mirror reported that Clarke was set to be confirmed as Fulham manager. As we all know tabloids often have a funny relationship with the truth but the below tweet from Charles Watts seemed to back the report.

I'm sad and shocked to say this, but from what I understand it looks like Steve Clarke is on his way to Fulham. #readingfc

From there it all looked like gospel and I'm going to admit that I did expect to wake up to find the move confirmed. However, in hindsight Charles' tweet, and thus maybe his information (which is purely me thinking out loud before you think I'm revealing insider knowledge), just misinterpreted the facts.

What are your thoughts on Clarke? Let us know in the comments

Clarke on his way to Fulham could mean just that without suggesting he was actually going to leave Reading. He may have been offered the chance to talk to Fulham owner Shahid Khan and just went to hear what he had to say. What we do not know yet is whether Clarke forced through the talks or Fulham asked for permission to speak to him and the club accepted without Clarke's say. All we know is that some form of talks were held.

For some fans that is enough for Clarke to be the villain. He may in the end have shared their opinion but deciding to stay at the club was not enough in their eyes. To talk to another club was disloyalty and questions his commitment to the club.

Some have wondered whether it will compromise his relationship with the players or put off any potential new signings from joining in January. That idea needs to be put to bed. Football is a job for players and coaches. Their feelings will be the same as yours. Yes there is no comparison to our normal jobs but that does not mean their attitudes will be different.

They will want the best deal for themselves. As you do. They may like the football club they work for but that won't put them of accepting a better offer elsewhere. As you would with the company you work for. I fail to understand why players and coaches should behave in any different way to the general public when it comes to their workplace.

The players will understand why Clarke talked to Fulham because they would have done the same. I very much doubt that Alex Pearce delayed signing his new contract in 2013 because he was out of the country and unable to sign the deal. He was hoping for a better deal and when he didn't get it he stayed at Reading. Despite this his passion and commitment were never questioned in the next two years.

Any new signing would feel the same. The argument that they may be worried that Clarke may jump ship doesn't really stand when you consider the average spell for a manager in the Championship lasts 0.86 years. If players were worried about the managers who sign them leaving they would never move.

The Vulnerability Of Being A Championship Manager

That Clarke is currently the 12th longest serving manager in the Championship only underlines the fragile nature of his profession. His team are currently in the midst of a bad spell of form. Even without this whole saga there would have been serious doubts about his future if we lost our next two games. Some fans were even calling for him to go after the defeat at Cardiff.

In such a situation anyone would be a fool not to listen to a job offer that could offer them more money. It also raises the question of whether the Thais have their doubts about Clarke and saw this as an opportunity to make a quick buck whilst getting rid of a man they may sack in a month's time anyway. 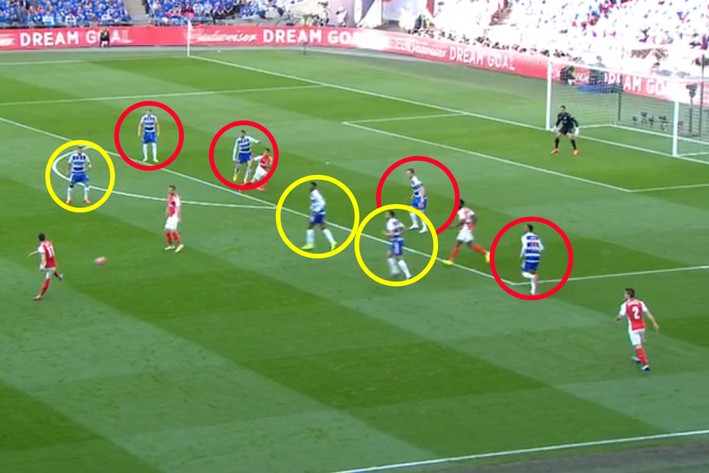 However, even if Clarke did ask to speak to Fulham I don't think it's as big as concern as some are making out. Of course I would prefer that this whole saga had not taken place and that he had not spoken with the Craven Cottage side. However, I still think you can be committed to your job and company whilst looking out for the best deal for yourself.

After all Clarke's chances of getting any, let alone a better, deal elsewhere in the future will only be increased if he does a good job at Reading. It is in his interests to do well at the club which means he wants the best for the club so he can get the best for himself. That's how our capitalist society works. Extended length of service in any job does not guarantee a committed or quality employee.

Similarly some of the most successful football clubs have embraced being a stepping stone for players and managers. Few clubs in England are better run than Southampton and Swansea City yet in recent years their best players and managers have left for bigger clubs.

It may have hurt when Alan Pardew left for West Ham and Gylfi Sigurdsson left for Hoffenheim but ask yourself this: would you have rather have had a lesser player or manager who stayed at the club because no one better wanted them than those two? Of course not.

Clarke Wants The Same Thing As You

If we want Reading to be successful we want players and managers at the club who leave for better things. That so few have in my 20 odd years as a supporter partly explains why despite the move to the Madejski Stadium we haven't really developed that much as a club.

So accept that Steve Clarke talked to Fulham because at some point in your life you may be threatened with redundancy or want a promotion. When that happens you will talk to a new potential employer. You may be offered the job but turn it down. If that meant your performance in your existing job suffered then that either says a lot about you or your employer but don't think that means everyone is the same.

For Steve Clarke to do well in his career he wants Reading to do well. If someday he jumps ship to another club that probably means he's doing a good job. I'd rather he stayed but I'd take him being another Mark McGhee or Pardew over him being sacked because we're struggling. The alternative is that something is not right at the club. Either way he decided to stay. We should question the job he's doing not his commitment to it.