Here's how we rated the players in Reading's Championship victory over Bolton - make sure you vote for your man of the match too.

Had it not been for the Royals' keeper, Bolton could have built up an insurmountable lead by the fifteen minute mark. Three important saves from the Omani inside the opening quarter of an hour before the rest of the team decided to turn up too. Only beaten twice - once, the crossbar denied Shola Ameobi; the other, a powerful penalty from Liam Feeney that he still got a hand to.

Nothing too terrible, but reverted to the Gunter of old who was scared to take a chance and instead preferred to play the easy passes.

After a nervy few games, a far better performance from Hector who was rarely troubled, despite the dominance of possession by the away side. Set up the second goal with a good interception and quick pass to Sa.

Booked after five minutes after needlessly giving the ball away and conceding a free-kick, McShane recovered from that and, just like Hector, looked okay without ever standing out for the right or wrong reasons.

Steady. Not much more to say.

Shades of his best but the age old problem of production came up again with McCleary, who found himself in great positions and situations but rarely made the best of them. 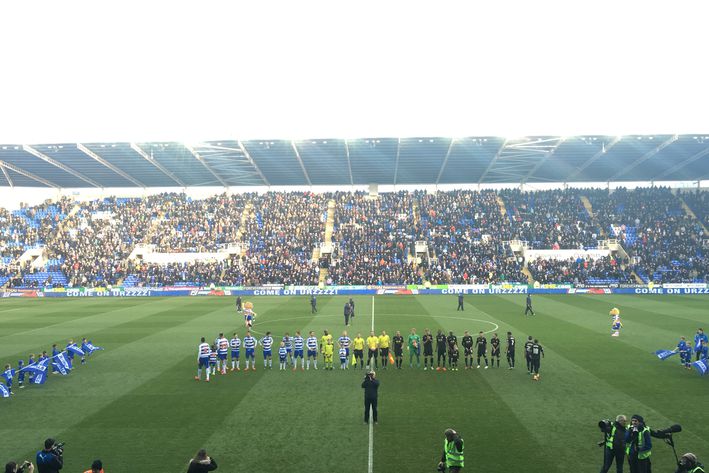 Read our match report of Saturday's win at the Madejski Stadium.

A well taken goal for the American but outside of that, he gave the ball away too often and showed his lack of touch all too frequently. Couldn't control the game with Norwood.

More of the usual from Norwood, who kept things ticking around the midfield area but never really looked forward or played an incisive pass.

Showed up on the scoresheet again, but just like usual he failed to impress consistently on the pitch. Still looks lightweight and not fully understanding of his teammates, but you can't complain if he continues to produce key moments.

A quiet game, though Blackman did try to make things happen whenever he got the ball. Unfortunately teams are finally figuring out how to stop him - though you feel he will come through this tough spell.

A frustrating afternoon for the striker, who took the limited opportunities he had to show his quality, holding the ball up well and bringing others into play, including Williams for the second goal.

Brought on to shore up the midfield, and did so... just about.

Brought on to nullify the threat of Emile Heskey, and did so... just about.