Another late draw rescued, another match the Royals let slip from their grasp. The momentum and early-season form is gone - here's the report from another underwhelming match at the Mad Stad.

Steve Clarke made three changes to his starting lineup as Lucas Piazon replaced Orlando Sa and Anton Ferdinand replaced Michael Hector in the heart of the defence. The other change saw Jordan Obita restored in place of Andrew Taylor at full-back. Simple objectives: end the winless run and restore confidence against a lower side.

...or not. Just over a minute in, Jordan Obita played a hospital pass to Ferdinand who couldn't control, leaving Jamie Paterson to play an easy one-two with Nahki Wells and calmly slot past Ali Al-Habsi. A couple of minutes later Harry Bunn could have made it 2-0 as he glided into the box - Ferdinand got the block in, but the deflection fell to Paterson whose shot was saved by Al Habsi. "It's just like watching Brazil", came the cries from the away contingent; though their players were sporting a rather more fluorescent version of the famous yellow kit.

Obita had a chance to atone for his error just before the 15 minute mark as he got forward and fired in an effort that was deflected wide. But a couple of minutes later parity was restored - McCleary fouled out on the left wing, Oliver Norwood stepped up and shot when the cross looked the more likely option. Goalkeeper Jed Steer made a hash of getting to it and somehow the ball ended up in the net. Reading had a chance for a quick second, a long ranger from Norwood deflecting into the path of Garath McCleary who shot wide, but was offside anyway.

Just when the Royals looked to be finding themselves again and wrestling control of the game, they fell behind again. A simple through ball to Nahki Wells - played onside by Obita - who fired easily over Al Habsi. Sadly there weren't many more chances to speak of in the first 45 - a weak Danny Williams effort from 25 yards and a Nick Blackman header straight at Steer the only high notes. Half time 2-1 to the Terriers, and as DJ Megaparty and team decided to play Ski Sunday at half time, it did look as though things were going downhill fast.

Now I'm not usually one to lambaste referees - in an era where television companies actually employ cameramen to focus specifically on match officials, the focus on the men in the middle is far too great - but the second half started with a shocking decision. Matej Vydra running in on goal, tripped from behind when about to pull the trigger... Nothing going from Mr Malone. Blackman hit the post from the ensuing pinball, then Orlando Sa, on at half time, fired over on the half volley. Whether Malone was knowingly playing advantage is a moot point, because the challenge on Vydra deserved a booking at the very least. More on the referee later.

Reading were pushing for the equaliser as, like Fulham just three days ago, Huddersfield were content to put ten men behind the ball and frustrate the Royals. A quick free kick saw Vydra cross to Ferdinand who headed wide. Blackman found some space in the middle and played Sa through but his effort from 25 yards was sliced and harmless. And on a rare break with the Terriers out of position, Vydra released Williams but again, there was no power on his shot.

For all of Reading's forward impetus, it could so easily have been thrown away by Al Habsi, who to this point (and in the last few matches) had been very solid. The Omanian came to collect a cross but dropped it under pressure, and somehow Mark Hudson fired over from six yards out. One clanger from a player, and another from the referee would follow. Blackman found himself with space outside the box when the referee inexplicably blew his whistle. My best guess is that he accidentally blew up when he saw an injured Huddersfield player trying to get back on the pitch after being treated, but the players stopped in bemusement. Even more baffling was the decision to give a contested drop ball - which, surprise surprise, was booted clear and set the Royals back 70 yards thanks to a completely idiotic moment from Mr Malone. 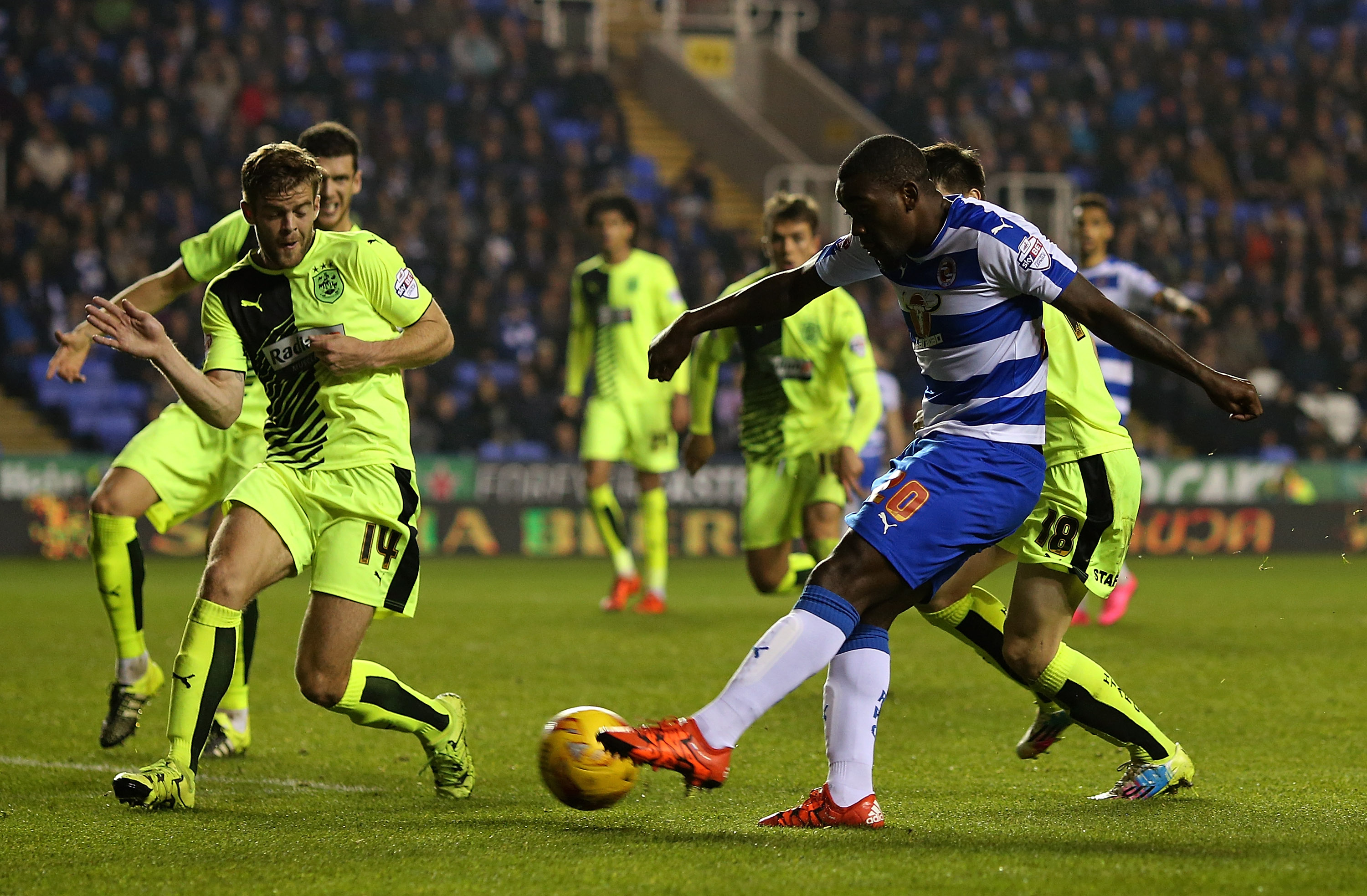 A late draw rescued by Ola John, but most of the team failed to perform. Here's how we rated the players on the day.

Alex Fernandez, another half time introduction, was playing some neat incisive passes and had an effort from 20 yards which hit the roof of the net on its way over. But finally, with 6 minutes left, the Huddersfield resistance broke. Chris Gunter's deep cross somehow found its way to Ola John - the final throw of the dice from Clarke from the bench - who drilled past Steer for parity. The Royals charged back to halfway to get things restarted, but no more real chances were forthcoming and for the second time in four days, a draw was salvaged late on from a losing position.

For all the pressure Reading exerted, it was all through their own failures that they found themselves behind. Two mistakes from Obita allowed two easy goals for the Terriers, and suddenly the defence that looked so confident and so commanding has been breached far too easily in recent games, as Wimb pointed out on Twitter.

#readingfc's defence have now conceded 7 league goals in the space of 156 minutes. They only conceded 8 in the first 1130 this season.

More importantly, this side, like most sides, struggles to break down a side that gets ten men behind the ball and stays in a rigid shape that allows no room.

And as for the mini-rant about the referee? Let's get this clear - he was not the reason Reading failed to win the game. The Royals fell behind thanks to problems of their own making, and unconvincingly solved them through the sheer amount of chances and territory they had. Encouraging, perhaps, that we can find goals when we need to... depressing that we have found ourselves in that situation far too regularly.

Problems for Steve Clarke to solve after such an encouraging start, the momentum that had been building has suddenly been blown away; as autumn fades to winter, optimism amongst the fanbase is fast cooling down.

What did you think of the match? Let us know below.