A late draw rescued by Ola John, but most of the team failed to perform in a match that looked like a win on paper. Here's how we rated the players on the day.

Made the saves he had to, including a solid stop at his near post to keep Reading from a 2-0 deficit after five minutes, but the stereotypical Al Habsi made an unwanted return when he dropped a cross and nearly allowed Mark Hudson to fire home from 6 yards. Not a reason to drop him, but not the type of thing Steve Clarke will want to see creeping back into his game.

Always available on the right flank and made a few good runs in behind, but his final delivery was poor and he was also caught out a few time defensively. By no means a terrible performance but with the rest of the side under-performing, he hardly stood out from the crowd.

Not his best performance, not his worst. Does look panicky when exposed but otherwise solid at the back. Wins his fair share of headers but also gave away some unnecessary fouls which allowed Huddersfield to waste more time.

Pretty much the same as McShane - though it could appear he was at fault for either goal, he wasn't. Not quite the same composed Anton we've seen glimpses of, but something to work on.

Restored to the side, and gave away both goals. The first, a no-look pass to an unbalanced Ferdinand which allowed the Terriers to steal in and score; the second, he plays Wells onside then appeals in vain for a flag. He might offer more pace and a couple more crosses than Andrew Taylor, but there's no doubting who is the better defender; arguably (as he has said about his position before), who is a defender full stop.

Withdrawn at half-time after having little impact on the match again. Clarke just doesn't seem to know how to get the best out of the Jamaican all of a sudden, with the striking trio of Blackman, Sa and Vydra clearly pushing for places. 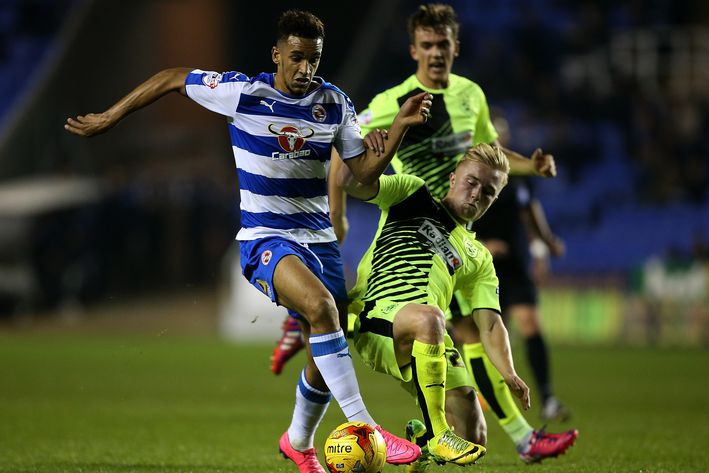 Another late draw rescued, another match the Royals let slip from their grasp. Here's the report from another underwhelming match.

A poor evening for Williams, who failed to get on the ball much, and when he did, tended to give it away too easily. Wasted one great break in the first half by overrunning the ball, which seems to be a habit of his.

This rating caused a lot of debate in TTE Towers - a brilliant free-kick to catch out Jed Steer at his near post and typically metronomic in his passing. But how effective was he with his distribution? Alex, for example, played far more incisive passes when he came on. How necessary is Norwood when chasing a game? Let the debate begin...

Doesn't do enough defensively; is on a completely different wave to his team-mates in attack. Poor.

Yet again one of the only players who looked like he could make something happen, was largely stifled by a Chris Powell side that had clearly done their homework - though a look at the top scorers in the Championship would tell you that much. Still managed to create, to his credit.

Frustrating again from Vydra, who always seems to make the wrong decision when he's in front of goal, whether it's passing to a team-mate or trying an intricate flick. Should have had a penalty awarded but for an awful refereeing decision.

Gave the side a focal point with his strength and presence, and showed his understanding with Vydra and Blackman that Piazon and McCleary simply didn't have.

Came on alongside Norwood and (for me) instantly looked threatening, whether with his forward passing or his shooting.

Looked lively, scored the goal, and though not everything he tried came off, he at least had the confidence to have a go in his twenty minute cameo. Will be pushing for a start at Cardiff on Saturday, along with Fernández.