It was another frustrating afternoon for the Royals with some players having games to forget. @WilliamOwain gives his verdict on the individual performances.

Made two decent saves but also flapped at a cross. Not to blame for the defeat.

Typical Gunter performance. Safe and steady without ever doing anything exceptional.

The last month has seen much debate on whether it should be Hector or Ferdinand who partners Paul McShane. We now know to replace Hector with Jake Cooper in that question. If the Chelsea loanee has his game-face on he is formidable defender but if he gets rattled then he becomes a liability. Made mistakes throughout and clearly didn't fancy the physical battle with Kenwyne Jones.

Not much better than Hector and in hindsight you have to wonder whether they are too similar to be a decent partnership. Will be disappointed to be beaten by Matthew Connolly for Cardiff's second goal.

And so the question on who should play left back is back open. Craig Noone had the beating of him all game. Could have done with more support.

Once again he led the attack with at times little support. Despite not scoring for three games now he still looks confident and dangerous. If his form drops things could get worse. 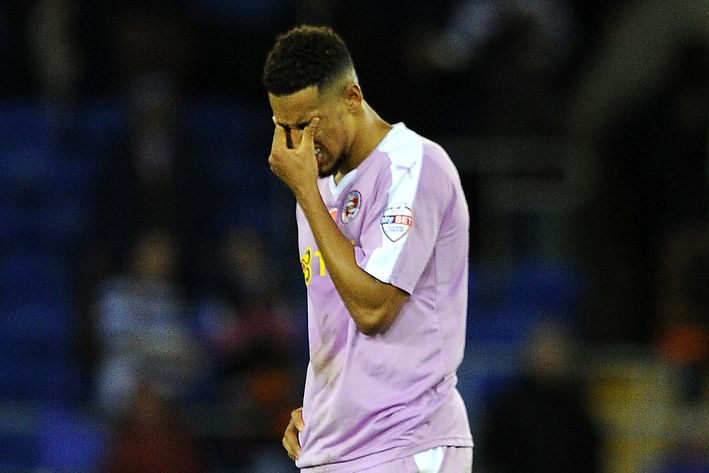 On a cold blustery day Cardiff City ended their long wait for a goal with a comfortable win over an out-of-form Reading team.

Tidy in possession. At times looked a bit lightweight and I feel he may be more effective in a three man central midfield.

Continued to want the ball when others started to hide. Forced Marshall into three good saves and showed that he has matured since last season.

Looked to have the beating of the Cardiff right back in the first half but in the second half was given the old Reading left winger role, i.e. pass him the ball but don't offer him any support.

Out of form and out of confidence. Another player who looks lightweight. You can tell he's a good player but it's not happening for him at the moment.

Like Vydra finding it hard to click. Created one chance for himself in the first half which he may feel he should have scored.

Added more presence to the midfield but his limitations were shown by two woeful shots from distance. Another player out of form but you know he will always put a shift in. Probably should have started.

Nice to see him get some game time. Didn't really get into the game but did show his promise with one nice dribble.

Much livelier performance from the Peruvian. Went looking for the ball and you would think it soon must be his turn for a go on the wing.