Reading rounded off a disappointing set of Christmas fixtures with a 2-1 defeat at home to Brentford. Check out our player ratings from the match.

Little to do on the day, and can't be faulted for either of the goals. Both were excellently hit strikes from distance that went well out of Bond's reach. Good distribution but nothing special.

Gunter's getting too comfortable in his role for my liking. Although his defending was pretty reliable against Brentford, his attacking runs barely threatened, and he gave the ball away too often. Reading need another right back in January to provide competition for Gunter, and to give him a rest - considering he's been playing 90 minutes week in, week out.

One of the brighter performances on the day. McShane looked solid at the back, keeping the Brentford forward line quiet. His experience shows in his composure on the ball and simple distribution to players higher up the pitch.

For the most part he wasn't too much worse than McShane, apart from a few notable points that mark him down. Slightly less dominating than his partner at the back, and gave the ball away on various occasions. His silly dive at the end of the match earned him a red card and gives Brian McDermott another problem to contend with due to the suspension.

Very dependable in his new position at left back, but added little more going forwards. You can tell from his footwork and passing that he's a reliable player, but equally that he's restricted at left back. Full marks for how well he's adapted to his new responsibilities, but I got the feeling that he'd have been more influential in a more advanced position.

His drop from form has been alarming. Again played out on the right wing, Blackman struggled to get into the game and had little impact on the match bar a well-struck free kick from range in the first half. 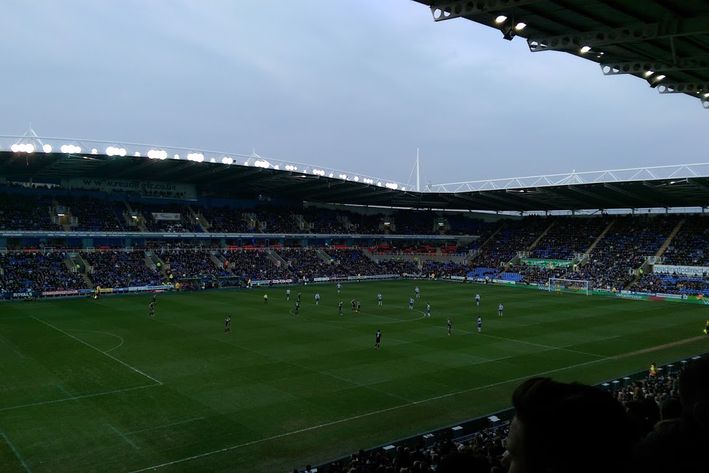 Reading's patchy form continued with a 2-1 loss at home to Brentford at the Madejski Stadium this afternoon. Here's Bucks' take on the match.

Solid enough game in the middle, but didn't assert dominance on the game in the way we've come to expect of him.

Below par, and didn't get into the game enough. I'm struggling to remember much of what he did to be honest. Hardly a terrible performance, but not at his usual standard.

Hit and miss in his time on the pitch in the first half. Often looked to be one of the most likely to provide a spark, but later faded with his touches going astray. His match ended abruptly through injury just before half time.

Considering that this was his first start under Brian McDermott, you'd have thought Lucas Piazon would have put in a better shift. He was even deployed in his favourite central role, but contributed little in the way of creativity to Reading's attacks. Defensively, he was lazy. I was very surprised to see him stay on the pitch after the half time substitutions.

Worked hard up front but, like Reading as a whole, he couldn't carve out any clear cut chances. The one exception was a terrier-like determination to win back the ball which resulted in Robson-Kanu forcing a save from a tight angle. Unlucky to be substituted, and should probably keep his place for the next match. Could use a strike partner such as Nick Blackman or Orlando Sa who can provide the poacher-style threat.

A pretty quiet performance on the left, but got Reading level with a well-taken goal. The finish capped off a nicely worked move between him and fellow substitute Matej Vydra. Will want to go back to his spot on the right if he's to get back to his best, as he can't provide Reading with much width when cutting in from the left.

Gave Reading some spark in the final third, but the lack of effort from the rest of the side gave him too much to do. Almost equalised with a header just after half time, but went one better with a clever one-two to Garath McCleary that opened up the Brentford defence.

Little contribution in his time on the pitch.