Chris Gunter's extra-time goal sent Reading into the second round of the League Cup against League One opposition, check out how Marc rated each performance and vote for the man of the match below.

Generally speaking, he's a safe pair of hands - and boots. Pleasing with his distribution and solid in his shot-stopping, Al-Habsi's debut was decent enough. However, 'Al-Flapsi' as he was affectionately known in a past life, does have a mistake in him, as witnessed when he fumbled a safe cross in the second-half.

Completely untroubled in his defensive duties, the Welshman was once again a vital part of Reading's attack as he provided much needed width and penetration to stretch the opposition. It was almost no surprise when he popped up to calmly slot the Royals into round two, although the fact that the right-back felt the need to do so himself after 115 minutes of stalemate says something about the team as a whole.

As comfortable as a centre-back can be, Ferdinand looked experienced and didn't put a foot wrong. After Hector's error at Birmingham - you'll see no such concerns with the confident Ferdinand - we should see the former England centre-back start on Sunday.

See above, but while McShane was more involved I do worry that he gives himself too much to do on the ball. In defence, as Ferdinand was the Irishman was comfortable in a relatively trouble-free environment.

Vocal and straightforward, Taylor offers a different option to winger-cum-defender Obita. In doing so, he provides little going forward.

Calm on the ball and operated as a deep-lying playmaker well, showing far more inventiveness than his midfield partners. It was also a class ball to assist Gunter for the winner.

If half marks were a thing at TTE, Williams would be a 5.5. However, he's sneaked a six because, while he generally failed to drive the team on and dominate midfield, he did try quite hard to do so. 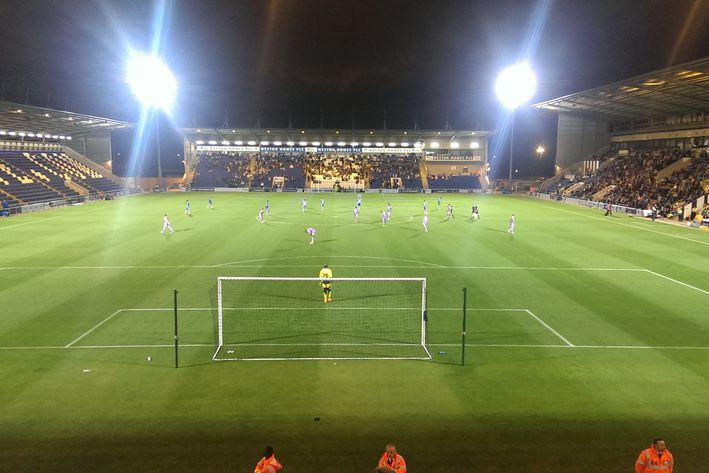 Read Marc's match report from the game that felt like it should have ended sooner.

If you strip away the ginger locks you could have fooled me into believing Danny Guthrie was on the pitch on Tuesday night. Running away from goal, sideways passing, sudden jinking turns, and a worryingly average technique; Quinn needs to work out his role in this team, because he was endemic of the problems with Reading's attack.

Once again the benefit-of-the-doubt six marking, HRK's crossing was generally pretty poor, but his movement around the area did at least put himself in the right position. Returning from injury, this is still basically Kanu's pre-season, after all.

Lively and creative, all Blackman lacked was an end product. He is playing better than he was last year, or ever in a Reading shirt, perhaps, but infuriatingly ducked out of a cross with the goal gaping at the far-post to remind Reading fans he's not quite there yet.

A victim of Reading's reluctance to play the ball towards goal, Sa needed better supply to feet to truly be effective as he took up good positions in the D. That said, he was offside far too often.

Tried to provide that incisive touch, but in fluffing crosses from good positions and heading a great chance over from a corner, Cox should have done much better.

Sort of shoved to the right-hand side, a shame but necessary after Samuel's injury and consequently did okay but made little real impact.