In the wind and rain at Fratton Park, Reading bumbled through to the third round of the Capital One Cup, here's our full report.

When this tie was drawn it looked like a problematic away fixture, given Pompey’s strong start to the season (now five games unbeaten) and the annals showing Reading’s poor run of results down in Fratton. There certainly doesn’t feel like there are two divisions between the sides.

Announced over the public address system the team sounded strong; Hector in for McShane, fine; Cox replaces Sa, grumble. Disappointed not to see Frenandez start, following his tasteful flyer style posts on Twitter in the lead up to the game. Clarke had stayed true to his word and not strayed far from Reading’s league line-up. In contrast the League Two side made multiple alterations from the team that had drawn 3-3 with Morecombe at the weekend.

For the first 45 minutes four-three-three/four-five-one was the order of the evening, with Cox as the lone striker, supported in attack by Robson-Kanu and Blackman. This was the preverbal chocolate fireguard formation and simply did not work in any way given the players on the pitch. Cox, with his back to goal, repeatedly failed to control the ball as it was launched forward to him. Cox, isolated like the ugly, nerdy kid at a seven year olds birthday party, was abandoned by Kanu and Blackman, who provided no movement or runs in behind the back four. On the sole occasion in the second half when Cox and Blackman linked up, the result was the first Reading goal.

Parts of the second half saw a switch to four-four-two, following the introduction of McCleary for Cox. This was an improvement, with G-Mac wide on the right and utility Quinn filling in on the left. This setup brought the second goal and was a vast improvement on the previous 60 minutes.

If I had to speculate what Clarke said to the players before the game, I would go with; "Ali and Big Hec get the ball into Simon at every opportunity, really lump it into him. Hal, Nick, give the ball to the opposition, they want it more than us, so just give it to them. Stephen, snort this, run around like a crazy man. Everyone else, project a feeling of complete disinterest and apathy towards this situation."

I exaggerate for effect, but you get the gist. It was direct, very direct. Imagine the McDermott approach at its worst and you’re in the right sort of place. With the exception of the opening five minutes, the African Violets just could not retain the ball in the first half. Portsmouth controlled the play without ever really threatening the goal, until Hector and Al-Habsi both shirked responsibility allowing Chaplin to excellently slot home from a tricky angle.

The tactics may have worked better if Norwood had got on the ball and played how we know he can. In reality, the part-time football wizard, part-time signalman, never got into the game and might as well have sat at the side of the pitch. 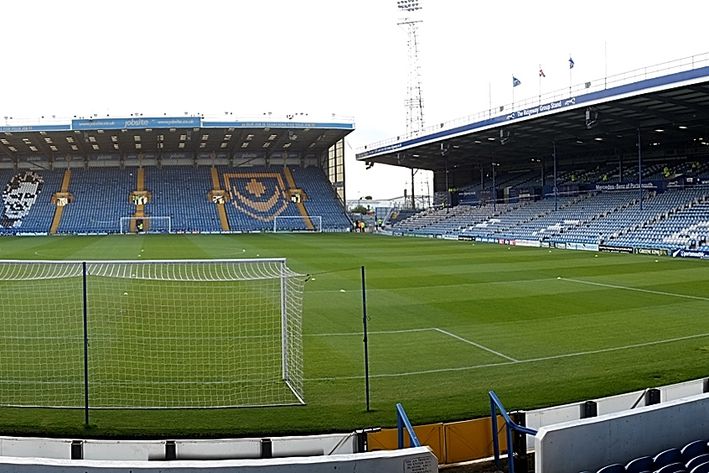 A lacklustre Reading FC managed to overcome a tidy looking Portsmouth FC side, under the lights at a rocking Fratton Park. See how players performed on the night.

There’s no natural width at the moment. Our game looks narrow and constricted. All night long Blackman and Kanu looked confused as to what they were meant to be doing. The 106 team thrived on Glen Little and Bobby Convey providing good quality wide service into the opposition box.

There was very little movement off the ball. This made passing through the congested middle of the pitch about as successful as the Keith Scott Diet Plan. Williams bustled and tried his best to drive the team forwards, but lacked a competent partner.

We don’t know yet if we have a creative midfielder to service a lone striker. Norwood was rank all night and on this performance didn’t look like he is the answer to this problem.

Sorry to state the obvious, but we just can’t finish. I know we scored twice tonight, but some of the efforts, apparently at goal, were embarrassing. Special mentions to; Williams for making a lovely clearance from 25 yards out into the gardens of the terraced houses behind the away end; and to Robson-Kanu for being one-on-one with the Pompey keeper and appearing to have a pretty serious looking panic attack.

Direct could work for us, but it needs either Sa or Pog as the figure head and there has to be movement and support from wide.

If we are to achieve anything this season, Fernandez and Hurtado really need to come good. We are crying out for the width that the Peruvian looks like he is capable of providing.

Confidence, we need a big shot of it. After Blackman’s goal the whole game changed. Reading passes were going to feet, players passed and moved and the entire team looked three inches taller.

I came away from this fixture with the overriding feeling that this result papers over the cracks. Whilst we are now five games unbeaten, there needs to be dramatic improvements in front of the back four.