A Nick Blackman-inspired Reading side ran riot at Griffin Park to come away with a 3-1 win over Brentford and pick up their first three points of the season.

If someone had told me yesterday morning that Nick Blackman would put in a two-goal performance, one of them a brilliant free-kick I would have chuckled. Had you then added that Hal Robson-Kanu would also put in a good performance, I would have laughed you off the train. Yet that's exactly what happened as Blackman lived up to his 'football genius' chant as his two goals helped Reading to come away from Griffin Park with our first three points of the season.

Reading supporters had quickly snapped up the tickets to be in the away end at Griffin Park, with the full 1,653 tickets sold out. The Bees had a new pitch laid from Monday to Wednesday this week and as a result fans were apprehensive on the safety of the surface, especially given the injury record of  important players such as Anton Ferdinand and Garath McCleary. There was a picture circulating on Twitter around half an hour before kick-off of Steve Clarke and right-back Chris Gunter inspecting the pitch and managing to actually lift a large square of turf with ease. That picture alone would make for an uneasy first few minutes for both players and fans.

McCleary returned to action for Reading on Tuesday night against Portsmouth, scoring in the process and was again on the substitutes bench along with new signings Alex Fernandes and the not quite match-fit Peruvian winger Paulo Hurtado.

That meant just one change to the starting lineup from the goalless draw with the MK Dons as Nick Blackman replaced Aaron Tshibola, with the former Sheffield United man playing as a second striker behind Orlando Sá.

The Royals dominated the first half and it was duing those 45 minutes that Reading blew their opponents away.

Blackman's involvement allowed Danny Williams to move to his more-favoured middle of a five man midfield. This also gave Reading more width when on the attack as Quinn and Hal Robson-Kanu often swapped positions allowing pace and trickery to pull apart the Brentford midfield.

There have been criticisms of Reading's lack of goals especially at home in recent times but even before Orlando Sá's header, we could have been two or three goals ahead of the west London side. Brentford goalkeeper David Button made some sharp stops to halt Reading in their tracks, pushing Stephen Quinn's deflected shot wide and making a fantastic double save to again deny Quinn as well as Blackman. As impressive as the Bees' keeper was, he could do little about the opening goal of the match. Sá's header was far too fast to react to, leaping high to put a bullet header in the back of the net and claim his first goal in African Violet.

It went from good to great before half-time as Blackman soon doubled our advantage. The forward struck a magnificent free-kick from 25 yards out after a Brentford foul stopped a counter-attack, to give Reading a two-goal lead at the interval. It was no less than we deserved, with some of our quick passing and counter-attacking movement awesome to watch and perhaps even worthy of Premier League status.

After the break, Brentford seemed to wake up and apply some real pressure of their own. Fortunately Anton Ferdinand stepped up to deal with it, making some strong tackles and clever interceptions to preserve our two-goal lead. Paul McShane also looked competent, winning a large number of aerial battles while also commanding the defence well. The former Hull defender also looked sharp when going forward as well, a contrast to the days of a Gorkss or Pearce, all round the defender looks a good prospect for the season ahead.

The second period was largely uneventful despite a well-worked goal from distance from former Royals transfer target Lasse Vibe which set up the traditional Reading nervous ending. After that goal Brentford had a few attacks but nothing seemed to seriously penetrate the Berkshire side's defence, other than a late scramble in the goal mouth. 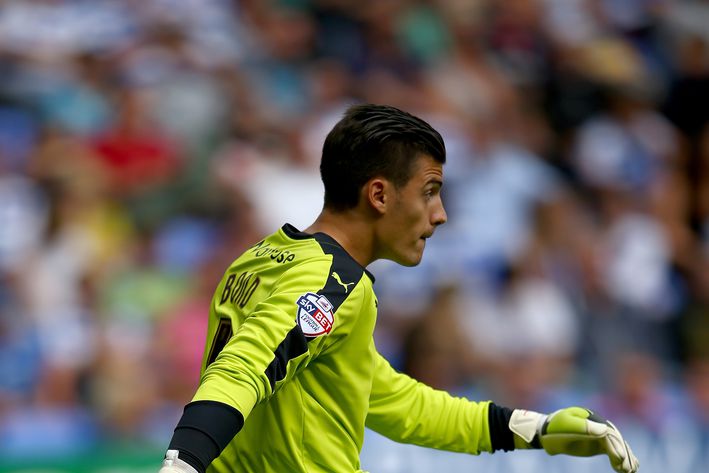 Who shone brightest and who left much to be desired in Reading's win at Brentford? Ethan guides us through his player ratings.

Blackman winning and scoring a late penalty calmed us all down and wrapped up an excellent three points.

All in all, Reading played exceptionally well in the first-half and not too shabbily in the second. A Reading team playing consitently at that standard will do well in the long-term however, Orlando Sá still looked a little isolated at times and the team could have done with a pacy striker running at the opposition defence.

On a side note it was a nice touch to hear Reading's travelling faithful marking Jamie Cureton's 40th birthday on a day where Steve Clarke celebrated a birthday of his own. A 3-1 result for Reading was, I'm sure, a welcome birthday present for the Reading manager. We've now got nearly two weeks to savour this result before resuming our Championship campaign with a live TV clash against Ipswich on September 11.