On a night where Reading announced their arrival to the Championship promotion race, here are the the ratings outlining which stars shined the brightest.

The Sky pundits felt he might have made the save in the lead up to the Ipswich goal with the wrong hand but I feel that's a little harsh. Didn't have much to do.

Quiet game going forward but did well to contain Ipswich's most dangerous player, Ryan Fraser, after the equaliser. Mick McCarthy's decision to take Fraser off was a testament to a good night's work for the Welshman.

His first half performance was a five. He looked out of sorts, being caught out of position, giving the ball away and being turned for fun by Ipswich. A true professional can turn around his performance within a game and McShane did that in the second half.

Beaten in the air a few times but generally looked fairly solid. One excellent piece of defending in the first half stopped a dangerous Ipswich counter attack which had left the centre backs alone against two forwards.

The Reading left side looks rejuvenated and Obita is clearly enjoying being part of a team that is no longer lopsided away from his flank. Never troubled defensively and linked up well with Quinn when he got forward.

Two superb assists and a goal that showed the confidence he has now. He looked dangerous every time he got on the ball. Clarke has recognised his deficiencies, getting teammates to cover for him defensively, but shown his faith in him by giving him the freedom to wander. He's certainly repaying that at the moment.

A miscued clearance led to the Ipswich goal but the defence had plenty of time to recover the situation. Still looks raw at times but already looks comfortable at Championship level. Finished the game very strongly, breaking up Ipswich attacks and driving forward in a manner Danny Williams would have been proud of. 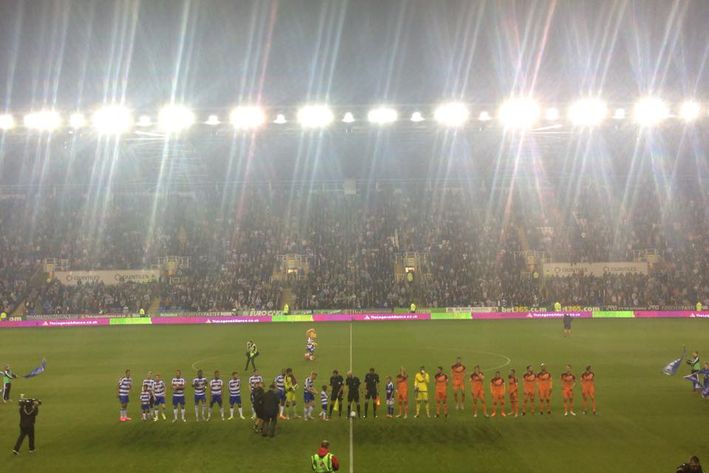 Read our match report to see why we think last night might be a sign of the things to come.

The pass of the season, the goal of the season and he started the counter attack for Sa's crucial second goal. Such performances make a mockery of the Huddersfield fans who laughed when we signed him and showed why not signing Nathaniel Chalobah was the correct decision.

Easily his best game in a Reading shirt. He was a real threat going forward, linking up well with the strikers and always tidy in possession without playing it safe. He was overshadowed by Blackman, Norwood and Sa but his performance would have been highly praised by fans at a normal game.

At times struggled to get into the game but there were promising signs of him already developing a good understanding with Blackman and Sa. I was impressed by his willingness to drop deep and support the defence. Will get better.

Take away the goals and Sa has played better this season; but goals win you games and his were a wonderful range: a great header and run, a lovely drive from the edge of the box and a poacher's finish inside the six yard box. He looked delighted not to have to drop deep and able to play on the last man.

The game was over by the time he came off the bench.

Perhaps a tad unlucky to be dropped after Brentford. His body language showed a player who knows he will have to work hard to get back into the team.