The defender sealed a last-gasp transfer to the Premier League champions on the last day of the summer transfer window, but is unlikely to ever play a competitive game for the Blues. So why make the move at all?

Share All sharing options for: In Defence Of Michael Hector's Chelsea Switch

It may be a few weeks ago now, but Michael Hector's big summer transfer to Jose Mourinho's Premier League champions is still causing ripples in the footballing world. After just one season being a first team regular in the Championship, the panic-stricken Blues delved into the transfer market to bag themselves the Jamaican international for what is rumoured to be £4 million. On the face of it, the deal makes little sense for either party: Chelsea, in all likelihood, won't ever play him in the first team.

A quick glance at their transfer moves this summer only emphasises the point: 33 Chelsea players were sent out on loan and the only loanee to break into the first team squad in recent years is Thibaut Courtois.

Hector isn't doing himself any favours with rickety performances for The Royals when he does play, but by and large it hasn't mattered because he has spent the majority of this season on the bench behind Paul McShane and Anton Ferdinand. So how, exactly, is this move a good one for Michael Hector?

Firstly, it's good in the romantic sense. Michael Hector is a Chelsea fan and would have dreamed of that moment on transfer deadline day for many a night while growing up. Most football-obsessed children will have dreamed at some time or another of pulling on the shirt of their favourite club, so for the opportunity to arise for Hector is an opportunity he couldn't really say no to.

it's not unreasonable to think that Hector can, in fact, become an established Premier League defender

More importantly, however, is that it is a good long-term career move. Hector only turned 23 in July and has time on his side if he wants to make it to the top. Considering the remarkable improvement he made in the second half of last season (not surprisingly, once defensive-minded coach Steve Clarke became manager) it's not unreasonable to think that Hector can, in fact, become an established Premier League defender. I said earlier he's unlikely to play for Chelsea and I stand by that, but by joining the side that plays at Stamford Bridge, he's got himself into a network that loans players out to top-level clubs across Europe.

Allow me to be hypothetical for a moment. Michael Hector finishes 2015/16 as a first-choice centre back for promotion-chasing Reading. Crystal Palace, who were in for him in 2014/15, notice his performances and seek out a loan deal to borrow him from Chelsea. Chelsea agree, Hector continues his upward trajectory and in the 2016/17 season, another top-level team come in for him (or Crystal Palace seek to extend the loan deal). The following summer, he's got two years of Premier League experience behind him and will, in all likelihood, be available to buy. With that experience behind him, he's only ever going to get a transfer to a Premier League/top tier side in Europe. Would he have gotten that opportunity had he stayed at Reading?

That was hypothetical, of course, and it could all turn out that Hector spends the remainder of his career meandering around the Championship like a lesser-David Luiz, but the opportunity is there for Hector to make the most of this chance and get himself into a Premier League side. Arguably, he could have done that by joining Crystal Palace instead but they're not guaranteed Premier League fodder and if they get relegated this season or in the future, Hector would have gone down with them and hoped his performances had been enough. At Chelsea, he can spend time on loan and return to them for four years without fear of being relegated and battling his way back up the divisions. 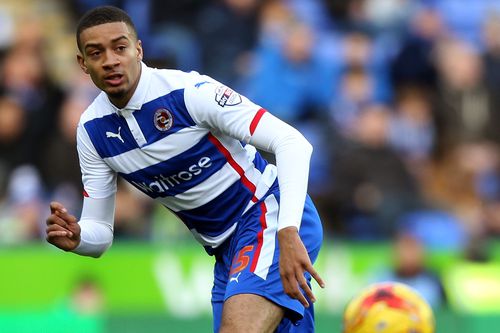 In a season of destitute individual performances, Marc takes a look at the future of one of Reading's stars of the 2014/15 campaign, Michael Hector.

If you look down the long list of Chelsea loanees, a number of names might jump out at you. Former Royals loanees Nathan Ake and Nathaniel Chalobah are now plying their trade out on loan at top-tier sides Watford and Napoli respectively, whilst Championship goalscorer Patrick Bamford has earned the opportunity to play at Crystal Palace for the season. Even unheard of players like Jeremie Boga, Isaiah Brown and Andreas Christensen are on loan at top-tier clubs.

Michael Hector should soon be joining that list of names in playing in a top-tier side over the next couple years and you never know, he could prove me wrong and go on to play for the Blues. Jose Mourinho does, after all, want to build a dynasty and start giving first team opportunities to promising youngsters in his squad. You need only glance at their 4-0 win in the Champions League to see the Portuguese manager is willing to put his faith in youngsters like Loftus-Cheek if they prove to be good enough.

Hector has a big season ahead of him if he's to show Mourinho he has what it takes to break into the team. If not, he'll join their loan army — but even that is better for his career than staying at Reading, you'd think.