A much changed Reading side pushed Premier League Everton hard but a moment of quality plus some sloppy goalkeeping cost Steve Clarke's side a place in round four.

It's been a rare experience to walk out of the Madejski Stadium feeling good about the team in recent seasons and all but unheard of to feel optimistic after a loss, yet this was one defeat that Reading fans can feel pretty happy with all things considered.

While Ali Al-Habsi's weak save attempt for Deulofeu's winner will dominate the twitterverse and pub discussions throughout the week, it shouldn't detract from a very encouraging performance from a Reading team that had eight changes and saw four full debuts. Steve Clarke's side fully deserved a result against a virtually full strength Everton but as the game wore on and the energy levels dropped, Roberto Martinez's team had just enough in the tank to sneak through.

With Orlando Sa and Matej Vydra unavailable, Clarke turned to Nick Blackman v2.0 to lead the line up against two England centre halves in John Stones and Phil Jagielka. New boys Lucas Piazon, Ola John and Paolo Hurtado were deployed behind him but all four were happy to interchange throughout the game, allowing fellow full debutant Alex Fernandez and Aaron Tshibola to sit in front of the back four.

Despite facing an Everton team including Ross Barkley, Romelu Lukaku and Gerard Deulofeu, Al-Habsi had a very quiet first 45, with Michael Hector excellent and Jake Cooper settling in well after a slow start to keep one of the Premier League's best forwards quiet. Deulofeu was Everton's chief attacking threat but while he showed the trickery and skillset that enabled him to rise through the ranks at Barcelona, the winger sadly also showed the frustrating elements to his game and why he's no longer at the Nou Camp. His final ball was all too often lacking and he went down far too easily under some fairly tame tackles from the excellent Andrew Taylor at left-back.

Joel Robles was by far the busier keeper in the first period, saving smartly from Blackman on the turn and palming a stinging Tshibola effort past the post but Reading still lacked a little bit of quality in the final third to turn some very encouraging counter-attacks and smart periods of build up into clear cut chances. It's been a long time since we've seen such skillful one and two-touch passing from a Reading team at the Madejski but it was clear to see that this was a team that had very little experience playing together plus one full of players still getting used to English conditions and the fitness levels needed to compete over 90 minutes.

Despite those minor flaws, Reading deservedly took the lead before the break, with Ola John overlapping with Taylor before whipping a delightful ball across the box and into the path of he who scores goals (Blackman, you know) to make it 1-0.

While Reading were excellent in the first period you got the nagging feeling that Everton just hadn't had a real reason to get out of second gear until Blackman's goal woke them up. Chief among those plodding through the first period was Ross Barkley who was casually pulling the strings in the midfield without delivering anything overly menacing. Sadly, when freed to roam further forward by the introduction of Gareth Barry at half-time, the second-half saw Barkley up the tempo.

First the midfielder would equalise when a half-cleared corner fell invitingly on to his left foot, and past a stranded Al-Habsi. Just 11 minutes later and the England international would play a key role in his team's winner as his surging run drew a cynical yet effective foul from Michael Hector that earned him a booking and Everton a free-kick 25 yards out. Deulofeu stepped up to take it and while it smartly beat the wall it was of a pace and placement that should have led to a routine save from Al-Habsi yet it squirmed past his gloves to send Reading out. It's sad to see such a likeable and previously excellent keeper fall upon hard times but this is the third time in his short Reading career that the Oman stopper has had a howler that's directly led to a goal and at this point both his own confidence and that of the team in him must be all but gone. Jonathan Bond may or may not be the answer but how Steve Clarke must wish he still had a keeper the calibre of an Adam Federici or Alex McCarthy on his books right now.

The only other point of concern surrounded the substitutions and while this squad is certainly the deepest we've had in years, the fact we turned to Danny Williams and Garath McCleary for goals off the bench shows that the forward department is still a tad thin. Simon Cox must know his Reading career is all but over when he can't even get off the bench to feature in a virtual reserve team. 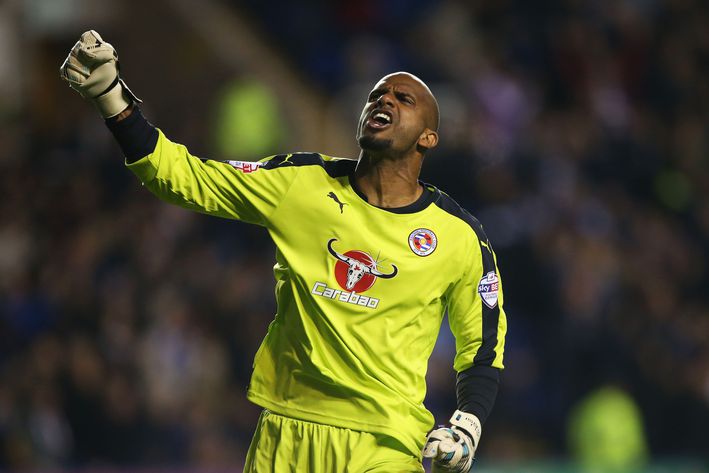 Who stood out in the 2-1 defeat at the Madejski Stadium?

What firepower we did have on the field gave it a go with a few long range pops but really Robles had few major concerns as Everton held on to pick up the win.

There's a reason why Everton are sixth in the Premier League and Reading are 20 places below them in the pyramid and tonight ultimately showed why. When they needed it Everton had the quality to gut a result out against a very determined side while Reading lacked that class in key moments of their own. It's easy to just blame this one on Al-Habsi but if you look at how the play went from the break, to me there was only going to be one winner over 120 minutes. Yet that's nothing for Clarke's side to feel ashamed of and the very fact that such a changed and unfamiliar side made such a quality outfit look ordinary for close to an hour can only be seen as a positive. It's clear we've now got plenty of options in this squad and I'll get into more on the new faces in the player ratings.

Sure it's disappointing to once again be talking about a defeat following a moment of sloppiness but that moment was roundly drowned out by countless other examples of exciting and exquisite play that actually gave you the feeling that going to the game was worth it as an entertainment spectacle rather than attending out of a habit of commitment and loyalty. If that team can produce those moments with such minimal practice and experience behind them, just imagine what a full strength side might be capable of over the next few months, I for one can't wait.