Reading bounced back from Tuesday's defeat at home to Everton in the cup with a well deserved 1-2 win away at Burnley - Nick Blackman and Lucas Piazon the scorers for the Royals. Relive the game with Matt Morris' match report from Turf Moor.

With this game coming on the back of two consecutive away wins and an extremely encouraging home performance against Everton in the week, Reading once again impressed the supporters with another professional away victory. Much like last week's success in the West Country, the Royals blew away the home side in the opening spell and chalked up a good lead before showing us how well they could defend later on in the game.

Despite being plagued with injuries, Steve Clarke lined Reading up with a familiar shape, moving away from the fringe players used in the cup midweek and bringing some of the more regular starters back into the side. Bond slotted back into goal for Al-Habsi, Obita and McShane came in for Taylor and Cooper at the back, and we reverted to a more traditional 4 across the middle with McCleary, Williams, Norwood and Piazon. Hal Robson-Kanu sat just behind the on-form Blackman up front, leaving most Royals fans baffled as to why someone like Ola John or Aaron Tshibola wasn't starting instead of the Welsh enigma.

As with last week, Reading were quick out of the blocks and almost opened the scoring in the first minute, with Danny Williams having a good shot blocked within 30 seconds. However, just four minutes in Nick Blackman made no mistake after a long ball over the top led to Robson-Kanu finding our in-form striker with a slick back-heel, and Blackman quickly adjusted his position and fired home with his first touch. Advantage Reading, and just five minutes later Chris Gunter was able to put in a fantastic low cross for Lucas Piazon to grab his first goal for the club in his first league start.

Burnley did almost reply immediately, but a good stop from Jonathan Bond kept them out, and before long Reading were again on the counter, with Blackman firing just over with a chance to make it three. The Turf Moor crowd were beginning to get on the backs of their players though, and the home side started to push forward with a bit more urgency and it was down to some staunch defending from our back line to keep us going in the match. Gunter and Obita in particular did some good work with some blocks and pressure on the wingers, even though the latter had to deal with an extremely dangerous Tendayi Darikwa down his flank.

When half time came, few Reading fans could be upset with what they had seen, as the Reading display started to look like another extremely solid away showing away at one of the strongest sides in the division. Despite struggling to keep up the incredible opening ten minutes, the visitors looked the strongest side and the most likely to add another goal to their tally.

After the break, Reading carried on as the stronger side, but weren't quite able to find a way through as the Clarets settled a little and Tom Heaton started to make some saves. However, the double substitution from the hosts seeing Joey Barton and Chris Long arrive on the pitch before the hour mark saw the game change significantly. Almost immediately, Burnley were able to burst forward with more potency and within a few minutes of the change it took an unbelievable block from Jordan Obita to deny a sure chance from Vokes.

The home crowd started to smell blood, and the atmosphere suddenly reflected the change in the match as Burnley began a long spell of heavy pressure, requiring more resolute defending from the impressive McShane and Hector. With just under 25 minutes to go, however, the Clarets got the goal they were after, when Scott Arfield put a cross in that was met by the ever impressive Darikwa to half the Royals' lead. Immediately Burnley started to push forward again, and they had more chances, but at the same time it left them more open at the back and allowed Reading a chance to relieve some of the pressure as they themselves had chances at the right end of the pitch - in particular Danny Williams and Garath McCleary had shots which were saved, and perhaps on another day they would have gone in and killed the game off.

However, this wasn't to be and the game came to a close with the final few minutes being played almost entirely in the Reading box, with heavy pressure and a succession of corners coming in as the hosts searched desperately for an equaliser. Oliver Norwood managed to make a crucial goal-line clearance with just minutes to go before being substituted for Jake Cooper to provide a little more height at the back, but ultimately it wasn't to be Burnley's day and some incredible defensive work saw the Royals claim their third successive away victory. 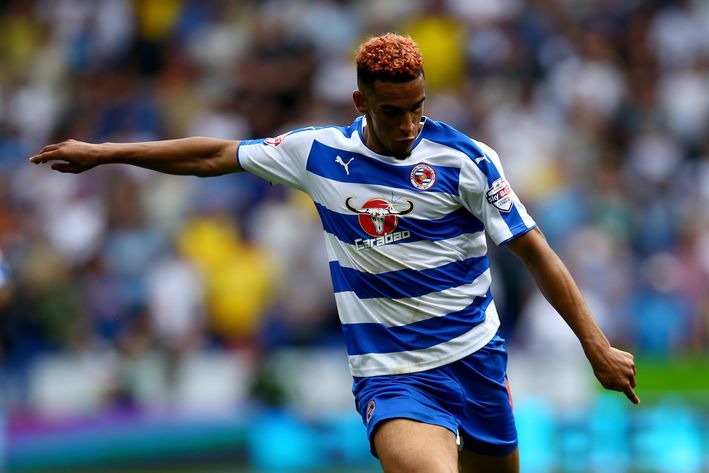 Reading were made to work hard for their win, but Turf Moor is an incredibly tough place to come to with Burnley only having lost 6 of their previous 54 in the Championship. The first half reminded me a bit of the display against Bristol City, but the second half was completely different - last week the hosts never really threatened, but this time around they looked extremely dangerous and the Royals put on a great defensive performance late on to keep hold of all three points. I wasn't too worried about Michael Hector leaving after seeing the quality we had in reserve from Ferdinand and Cooper, but if he keeps up the performances he has put in during the last few games then for 4 million Chelsea will have got a bargain. McShane, Gunter and Obita also all weighed in with crucial displays, and with the chances created it would be very harsh to criticise anyone in the team (even Hal got through some good work early on).

With only Middlesbrough let to play before the international break, it doesn't get any easier, but a positive result from that game will see us go into the week off with a few great performances under our belt.