Reading got the three points in the dying minutes of the game, but did any of the players impress?

Very little to do, bar claim a couple of corners and free kicks. Can't remember him making a save and his distribution is better than that of Jonathan Bond, the man some thought was harshly dropped.

Typical Gunter. Overlapped, was solid in defence, but didn't offer anything outstanding and when he did advance forward he didn't do much with the ball.

McShane is becoming a bit of a cult hero at Reading, performing to high standards in the majority of games he plays and a natural leader. He was no different here. Unfortunately, it looks like his calf injury may keep him out for a few games. He will be missed.

Looked shaky (or is it rusty?) at the beginning of the game, but grew into it and by the end left me asking, "Michael Hector Who?" It's incredible that the on-loan Chelsea man has been keeping Cooper out of the side for so long and if this performance is anything to go by, it doesn't look like we'll be missing Hector when he does head off to Stamford Bridge.

Much like Gunter, Taylor isn't exciting and doesn't offer much going forwards but is always reliable and does the basics very well.

If it weren't for the winning goal, he'd be getting a 5. Out on the right hand side, he neglected his defensive duties and did very little well on the ball apart from a few tricks and drawn fouls. Fortunately, when given an opportunity to score he did what was required of him and that's all you can ask for when Reading are struggling for confidence. 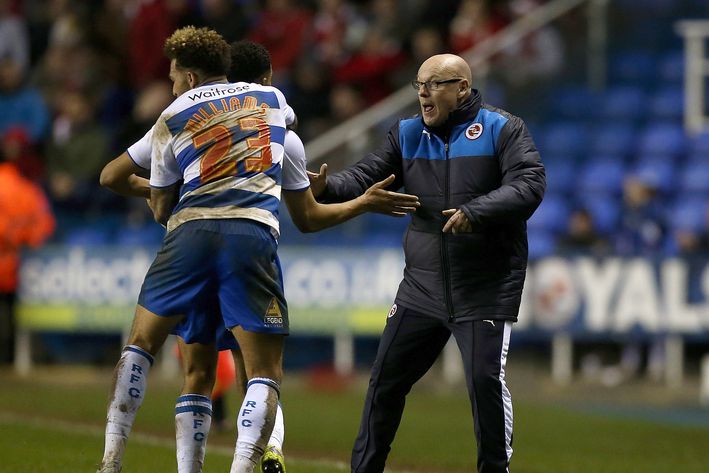 The Royals made hard work of a victory but it was in many ways a typical Brian McDermott performance.

I heard on BBC Berkshire on the way home that Williams was a few fan's Man of the Match today. I'm afraid he didn't impress me much today and certainly wasn't up to his usual high standards. It always seemed to be Norwood making the tackles in midfield and when the America international went on a run he very rarely released it at the right time. Frustrating.

Tackling, check. Passing, check. Class, check. Norwood grew into the game after The Royals' wobbly start and by the end was running the show from the middle of the park. Sparkling.

Quinn is like a higher quality Jay Tabb, isn't he? Defensively sound, inventive going forwards and versatile, he did a good job on the left wing and at left back. You could probably play him up front and he'd still give you a 6/10 performance.

Ineffective. Didn't seem able to win a header and doesn't have the pace to run in behind, this game passed him by. We'll give him the benefit of the doubt, he is just coming back from injury after all.

Oh, Matěj. What a confusing day. Simultaneously the most likely to get a goal and the least likely to score, Vydra was full of running, one-touch passing and pressing but simply couldn't convert when the opportunities fell to him. The fact he tracked back to his own half in the 90th minute and played a key part in the winning goal says that whilst he may not be scoring, he's got the attitude Brian McDermott craves from his strikers and is getting in the right positions. Surely a matter of time?

Stepped into McShane's shoes perfectly. We just have to hope he doesn't get injured, because a defensive duo composed of Hector, Cooper or Niall Keown does not inspire confidence.

Came on and changed the game, taking his full back on numerous time and getting a couple of dangerous crosses in — as well as a few erratic ones. His higher workrate out on the right made Gunter's job easier.

Flashes, but helped out Quinn on the left and tried to make things happen up front. That's all McDermott will have asked for.