Jake Cooper was the saviour for Reading against the Owls but how did he and the rest of the team play throughout the match? Here are our ratings - don't forget to vote for your man of the match too.

Really not much to do for Al Habsi, making the saves he had to and generally distributing the ball well. Could do nothing about the goal at first glance.

The Welshman's best game in a while, as he was up and down the right flank all day. Delivered a number of dangerous crosses but made one key intervention in front of his own goal, blocking Fernando Forestieri's goalbound strike.

Yet again, unspectacular but classy and reliable.

After a shaky start Cooper recovered well and generally dealt with any danger that came his way. His passing was wayward at times, especially when he had to search long for a teammate. Great header to equalise.

His first start in a long time and Obita looked rusty at times, especially when overloaded for the Owls' goal (though to be fair, it can't entirely be blamed on him). Got forward well but failed to make a huge impact.

Didn't affect the match at all in the first sixty minutes out on the wing - a puzzling move from Brian McDermott. Moved to the middle when John was introduced and instantly looked dangerous. 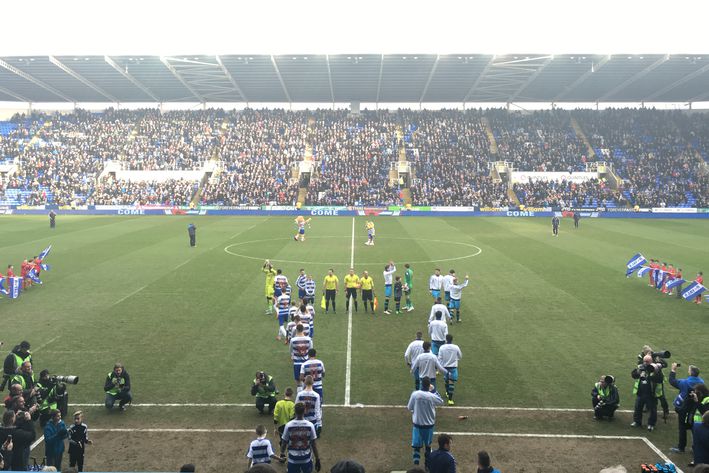 The Royals conceded the first goal for the seventh time in eight matches, but managed to salvage a point as Jake Cooper's header from a corner cancelled out Gary Hooper's opener.

The potential is certainly there with Evans but for most of the game he played exactly the same role as Norwood, with the pair just rotating which would sit deep and which would charge forward.

Delivered two important crosses but also gave the ball away far too often and slowed down play with his long passes, which just allowed Wednesday to regroup and push out.

Another player to up his game with the introduction of John, Robson-Kanu worked hard all day and looked very dangerous when moved to the right wing.

Withdrawn at half-time after an ineffectual display.

Won a penalty, missed a penalty. Whether he was put off by the wait while Westwood prepared himself is open to debate, but hitting the post from the spot can't have helped his fragile confidence. That said, he was a keen worker all afternoon and didn't let the miss get him down.

He could have instantly made himself a cult hero at Reading too but somehow didn't connect with a free header three yards out. Showed nice touches but didn't greatly affect the game, that glaring miss aside.

Once again showed he can inject life into a game with his pace and trickery but his end product still leaves plenty to be desired.