Share All sharing options for: Reading FC Improve But Are Fortunate To Get A Draw From Bruising Burnley

It's often said that the definition of insanity is to do the same thing over and over again expecting different results. Reading boss Brian McDermott did his best to dispel murmurs that he was insane by fielding a different team in a fresh formation.

The Royals lined up in a 4-1-4-1 formation with Michael Hector making his first start in six games in the anchor man role, sitting in front of the defence and breaking up play. Quinn also returned to the side in a central role, bursting forwards when given the opportunity.

That move may have been for nothing had Burnley striker Andre Gray not blazed a beautiful chance over the bar in the opening few minutes. That shot was followed by a strong spell from Reading as they passed it around and tried to carve an opening in the Burnley defence. That was the theme of the first half, with Reading taking possession of the ball but struggling — yet again — to make much of a clear cut chance.

The game was very much a game of 'nearly's, with a number of half-chances for both sides without any glaring misses. Cooper and McShane looked solid, Hector was dominant in midfield but the dreadful Norwood continually gave the ball away without need and Piazon slowed the play down at seemingly every opportunity.

Quinn and Barton in midfield had a fascinating duel, Barton doing what he does best and winding up the Reading players at every opportunity but Quinn did his to snap back at him. That wasn't the only duel to be had, with personal battles all across the pitch and a number of thunderous challenges throughout this contest.

Michael Hector's return to the side coincided with a look of solidity throughout the side, though that didn't mean there weren't to be further chances for the Championship's 3rd placed side to win this game.

Andre Gray had two further chances to score in the second half, one of which came as a result of a contentious penalty decision. Ali Al-Habsi was indignant, claiming he had got the ball, and while he was arguing with the referee, naughty Robson-Kanu slipped off to the penalty spot to  — supposedly — have a little bit of a tamper and receive a yellow card. 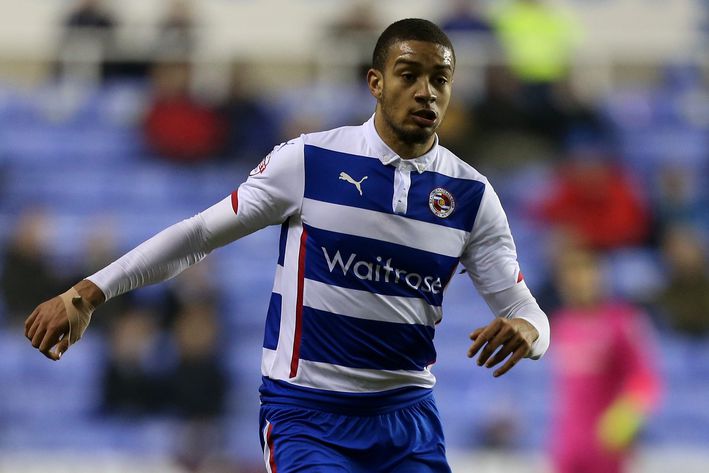 See how Hoops rated the players and have your say on the Man of the Match.

It didn't matter though as Gray's eventual penalty looked destined for the back of the net, only for the experienced Omani goalkeeper to fling himself to his left and keep the kick out. Justice, he and many fans would argue.

This referee wasn't much of a fan of justice on this evidence, with the opportunity to dish out yellow cards ignored numerous times. Gray kicked out at Hector, Barton went in for some crunching challenges and even a few Royals could have got some yellow cards had the young man in the middle had it in him to dish it out.

Shortly after, Robson-Kanu summed up his afternoon when a good counter attack involving Kermorgant and McCleary ended with the Welshman clean through on goal, only to see an effort go over the bar. It's a shame we didn't see more of this combination play, as that seemed to be the intention with the line ups. In theory, Kermorgant was in the side to win the ball and play in the two wingers cutting in tighter side of him. Alas, it wasn't to be and this was one of the few times this occurred during the game.

Gray then completed his hat trick of poor finishes right at the death, with Jake Cooper ceding possession and seeing the striker scamper clear through on goal, only to see his effort well saved.

Three wins in 12 doesn't make for pleasant reading, but this game was one of clear improvement. Hector in midfield looked back to his best, McShane was a calming presence at the back and Kermorgant up front put in a good shift without being given the chance to score his first Reading goal.

So 0-0, a second clean sheet in a row, but The Royals continue to not look like scoring and rode their luck in this boisterous affair with Sean Dyche's high-flying Clarets, but most fans would have taken a point at the start of the game and you can't scoff at a point against a team that looks destined for a return to the Premier League.