Check out Hoops' ratings from the Madejski and have your say on Man of the Match in the poll.

Didn't have too many saves to make thanks to Gray's dreadful finishing, but the most important moment of the match came when — from my point of view — he made a good challenge on Gray and ended up conceding a penalty. Fortunately, he made a fantastic save to keep Gray at bay and preserve a second clean sheet in a row.

His energy down the right hand side was important in allowing Robson-Kanu room to move inside at will, but his end product was lacking. Defensively, he didn't do anything superb nor make any glaring errors. Typical Gunter.

If you could personify the idea of a 'calm defender', you'd likely end up with something similar to Paul McShane. Another good performance from the Irish international, organising his defence and reading the danger well. 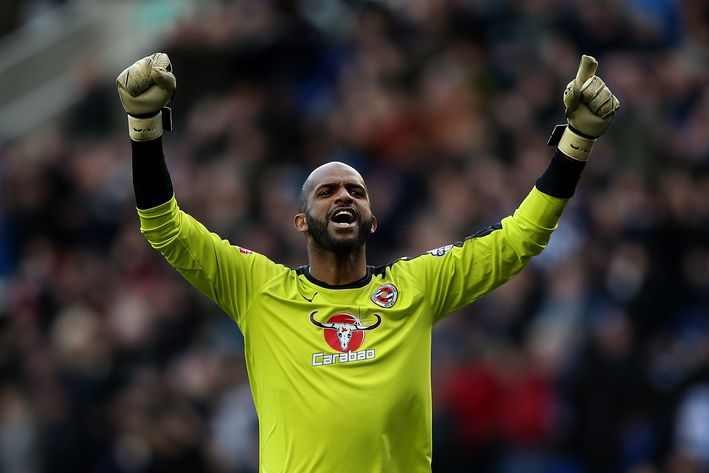 Read the match report from the draw with Burnley.

An eclectic mix of great and awful, as he played a few good balls forwards and won a fair amount in the air but also gave away possession cheaply when trying to overcomplicate things by striding into midfield. You'd hope with more game time he'd be able to iron out these wrinkles, but he's getting a 6 instead of a 5 because those errors went unpunished.

He looked close to his best in this game, keeping Boyd at bay and reading play well whilst also getting forward on the overlap as often as possible. His delivery was poor but he did what was needed to preserve the clean sheet today.

Back in the side playing in front of the defence, Hector was imperious. He dominated the midfield, looked confident on the ball and was at his confident best. This role looks perfect for him.

I was tempted to give him a 5 but gave in to peer pressure from my fellow The Tilehurst End editors. He looked good and had his moments but didn't really offer much in the 'creating chances' stakes, but did work hard and tried to do something, even when he was double teamed.

This must be one of Norwood's worst performances in a Reading shirt. Constantly giving the ball away, wanting too much time and trying to do overcomplicated passes where a simple one would do. Can we have the early-season Norwood back, please?

Had his hands full in his duel with Barton but did well to play the Williams role and burst forward where possible. He's like Jay Tabb, but much, much better. Tireless.

The less said the better. Not good. At all.

Tried his best and won his fair share of headers, but there just wasn't enough support around him for the headers he did win. You can see why he was brought into the club and you'd hope he strike up a good partnership with Vydra once the Czech is back from injury — but there's not much of the season left to click.

Didn't really do too much, but did play his part in setting up Robson-Kanu for that glorious counter attacking opportunity. Played on the left so naturally wanted to cut in on his right, maybe needs to vary it up a bit if he's to keep playing in that position.

Looked bright, but no real time to judge the newcomer.