Reading picked up another point at home in the league yesterday at home to Cardiff. Here's how Bucks rated the players.

A quiet game for the ex-Wigan man, who can't really be held responsible for the goal. Seemed to get a touch on Noone's header from point blank range in the first half - but that was his only major contribution.

Looked solid at the back, and got forward better than usual, particularly in the second half. Linked up well with best bud McCleary.

Strong, composed and decisive. First to pretty much every ball that came his way, and had

A better display than we've seen recently, although he does still have his shaky moments. Gave the ball away a few times (once almost setting up a Cardiff break) and bundled Pilkington over in the second half quite similarly to the Fulham penalty a few weeks ago. Certainly signs of improvement, but Cooper needs a really good game to boost his confidence.

Unsurprisingly rusty after having been out of first team contention for so long. Wasn't dangerously bad at the back, but, like Cooper, surrendered possession a bit too easily on a few occasions. Limited impact getting forward.

Didn't boss the game with his physical presence as much as we need him to, and had little impact going forward. 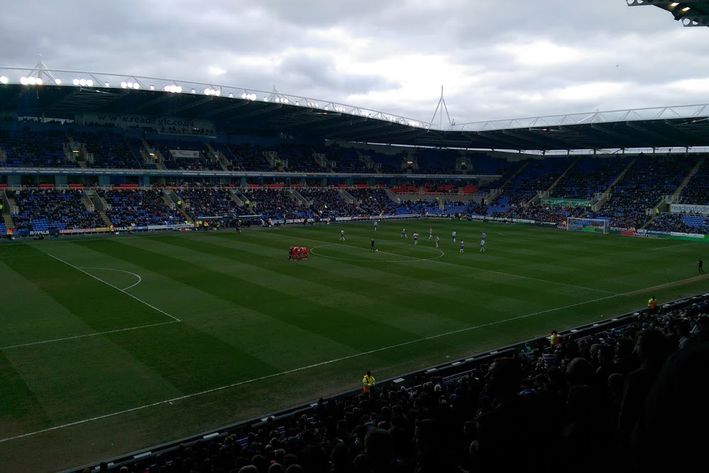 Calm, composed and effective in his defensive role. Hector protected the defence with some well-timed challenges, and kept his delivery simple to make sure Reading retained possession.

Not enough time on the pitch to have an impact before being withdrawn through injury.

Battled tirelessly throughout the game in a lone striking role, giving Reading an outlet with his strength to win aerial balls. He'll be frustrated by the lack of chances being created for him - which can't really be put down as his fault. That said, he went close in the first half when put through on goal, seeing Moore close down his poked shot.

Looked the most dangerous of Reading's attacking players against Cardiff, and had the best opportunities. However, he couldn't create enough clear-cut chances, and wasted a glorious one-on-one just before half time. Tired significantly towards the end of the game. Perhaps worthy of a 7/10, but he needed to sharpen his end product.

Came on for Hal Robson-Kanu in the first half and gave one of his best displays in a while. Looked sharp in his favoured position, and managed to swing a few decent crosses in before getting on the end of one himself for the goal. Showed great technique for that strike - controlling on the chest before lashing home. Linked up well with Gunter throughout.

Like Kermorgant (who he replaced), Vydra worked hard up top but - without much service - had little impact in the final third. Went very close shortly after being introduced when his left footed shot was parried away by Moore.

Brought on to partner Vydra up front. Ran around a lot, didn't do much else. Presented with a difficult chance at the far post at the end of the game - volleying over from John's cross.