OPINION: Reading FC's Matej Vydra Is Our Worst Ever Player

In his first piece for The Tilehurst End, Gwent Royal argues that - in terms of value for money at least - Matej Vydra ranks as the worst player to don the hoops.

Share All sharing options for: OPINION: Reading FC's Matej Vydra Is Our Worst Ever Player

Over the last few weeks the debate on Matej Vydra has gone on. Many support him, stating his previous fantastic goal scoring record and effort on the pitch mean that he really isn't that bad. I take a totally different view, mine is: In terms of actual value for money, Vydra is the worst Reading FC player I have seen, since I started watching the club in 1985.

What about Emerse Fae I hear people scream! Well I certainly can't disagree that he too was pretty shocking, but at least (I hope) we recouped most of the £2.5m we forked out (it was the dreaded "undisclosed"). Other candidates, such as Greg Halford and Daniel Carrico are much the same, where we at least got something back for the investment made.

Hugh presents the other side of the argument to the one presented by Gwent Royal. 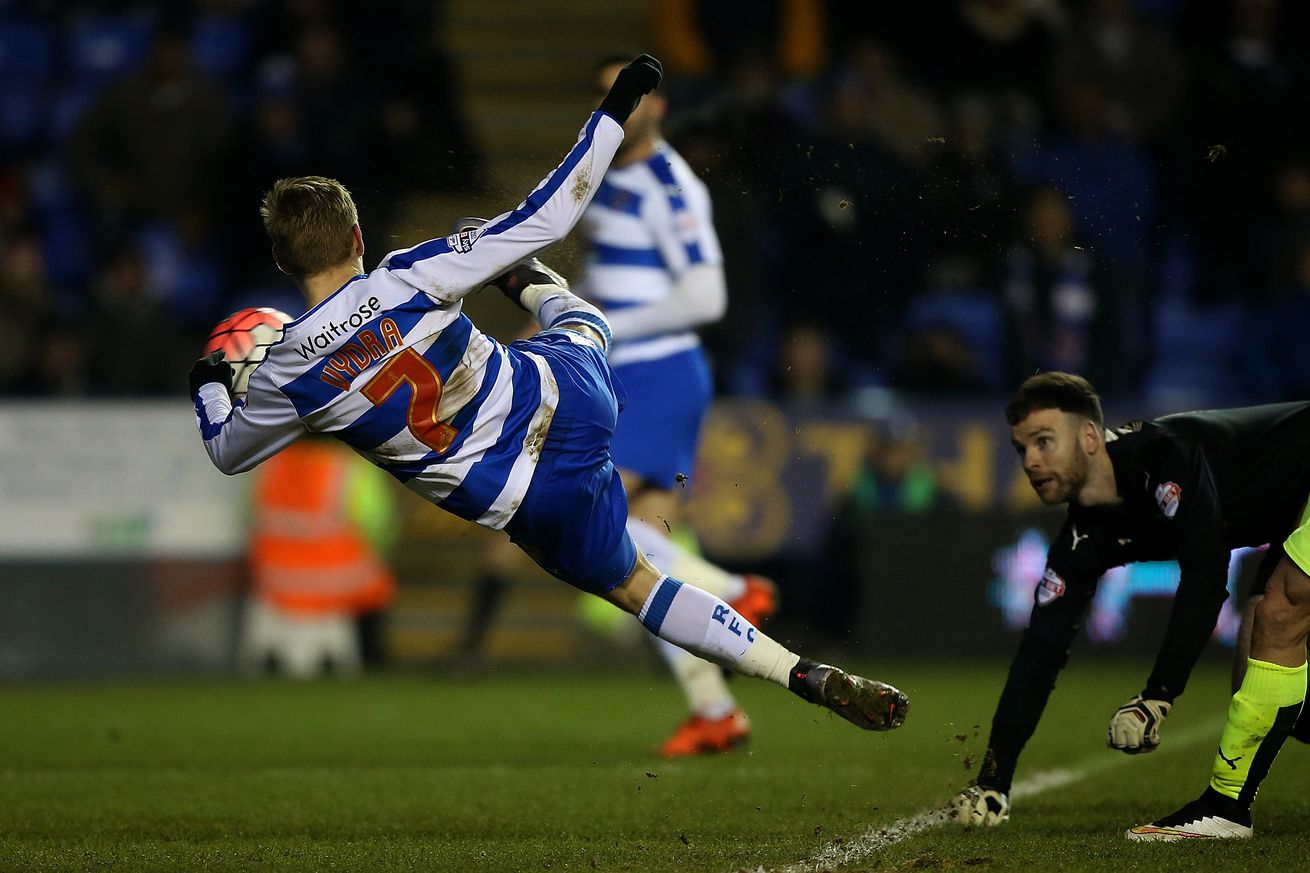 However, back to Matej. I was driving with my eldest son somewhere and when we heard that we had signed him, we were both so excited that we both laid £10 straight away with the bookies that Reading would be promoted. Here was the missing link to the Reading team. A player with a proven track record of scoring, that would bang in the goals, and terrify the opposition. Hell's bells, we could even look forward to watching the matches now!

Seven months later, the bookies are richer and Vydra has scored 3 league goals at a cost of approx. £833,333 each. I think that stat justifies my argument. That's £2.5m spent, no refunds, nothing to show for it, £2.5m!!

What about the FA cup then? Well, I don't know about you, but I have no expectation that we will win the FA Cup anytime soon? Last year was phenomenal fun, and this year pretty good, and no doubt Vydra played his part in that, but that is NOT why he was brought to the club. He was brought in to fire us up the league. He has miserably failed to do so.

Why I disagree with the pro-Vydra arguments

Other arguments in favour of Vydra appear to be that "He puts in the effort". This point, a little while ago was coupled with "And it will come right in the end". Well with 3 games to go, and us in bottom half of the table it obviously won't come right. As for the former point, I am 50, and am now, and always have been - completely useless at football. However, I play 5 a side occasionally, and I too put in effort, so on that basis, pick me! I would be twice as passionate about the club, I would work my hardest and put in more effort than the whole team put together. However, I can assure you that I would be still utterly hopeless.

"In terms of Vydra's finishing this season, I'm sorry, but frankly he is not as good as half the players I have seen in park matches."

Another common pro-Vydra point is, "We don't use him to his strengths". This is basically the point of the other players not seeing/using his runs correctly. I have some sympathy at least on this front, and maybe if we did, we may have seen a few more goals. However, my point is that when he has been in a position of having the ball and shooting, he generally puts it wide, high, weak, etc etc. His finishing has absolutely sucked!

Quite seriously, I could have scored more than him given his opportunities (maybe it IS time to pick me then)! I pay good money to watch a good standard of football. The idea being that the players I am paying to see are better than the park players I could watch for free. In terms of Vydra's finishing this season, I'm sorry, but frankly he is not as good as half the players I have seen in park matches.

Finally, the Piazon and Dellor questions are not directly related to Vydra, and distractions to deflect the heat off him. However, for the record, I too think Dellor went too far the other week, but he apologised. Furthermore, I don't notice Williams and Gooding disagreeing with Tim much on his commentaries concerning Vydra.

I also think Piazon is pretty poor too (though as a midfielder, he has actually matched Vyra's league goals total to be fair)! I am sure Vydra does have talent, and he may well bang in 50 goals next season for whoever, but the fact remains for Reading FC, for this season, he has been dreadful.

So in closing, I am not saying Vydra is the worst player ever to don the hoops; just for value for money-wise I haven't witnessed his equal.