Let's not take Steve Clarke's comments too seriously. He has an ulterior motive.

If you've watched Steve Clarke's interview on Sky Sports' Goals on Sunday, you can be forgiven for getting worried about the future of Reading Football Club under the influence of the Thai consortium.

Worry not, for I am here to explain why you need to take Clarke's comments with a truck full of salt.

Is it just a case of sour grapes for Steve Clarke?

The highly-regarded Scot is well known for being fairly big-headed. He can often be heard in interviews bigging himself up and passing the blame onto someone else for his shortcomings. 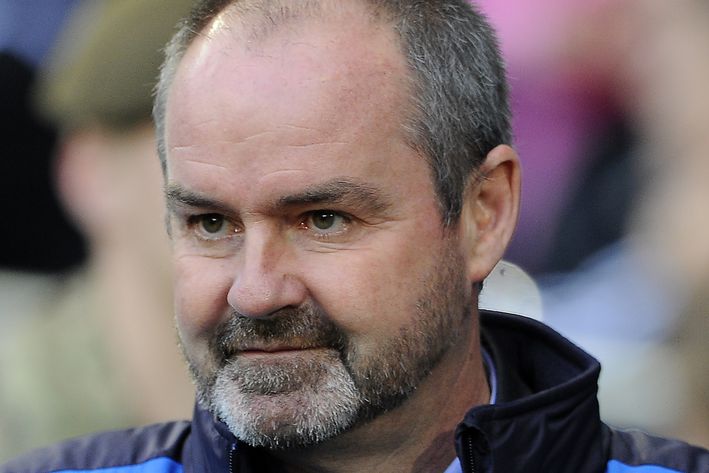 From McDermott to Zingarevich, via Fulham, here's the full transcript of the former Royals' boss talking all things Reading on Sky Sports.

For example, after being confirmed as Reading manager in December 2014 he lashed out at his former employers saying they had not "significantly improved" since his departure. Whilst true, you can't escape the fact that he was removed from the Premier League side's management position because they were underwhelming.

And now we have another example, that of the Goals on Sunday interview in which he slams the previous Reading owner, Anton Zingarevich, the current Reading owners and his successor, Brian McDermott.

Reading his comments had me post this tweet this morning, which I felt applied to Steve Clarke.

Steve Clarke is not the perfect manager. He has been sacked by the two clubs he has been a manager of and has no experience of longevity in the role, which means he has to rely on some good PR to keep his reputation in tact. To me, that's what his recent comments are. Good PR.

Especially considering the news that emerged this morning.

#Celtic fans. Fancy this man as your next boss?

Clarke is on the lookout for a new job in management. His best option right now is to lay the blame for his capitulation at Reading on someone else.

But he makes some good points, right?

He does make some good points in his interviews, but he also inflates their significance to the point where he appears blameless.

Yes, Zingarevich put the club in dire financial straits. But we all knew that, and he came in once the new owners were in place anyway.

Yes, we don't know much about the Thai consortium. But they did back him to the hilt last summer and would probably have continued to do so for a while longer, if he hadn't flirted with Fulham.

Yes, McDermott hasn't turned the ship around yet. But that's because it's not his side, and the squad he inherited is unbalanced and full of loanees.

None of these parties are innocent. And the owner situation is worrying, but it's not as if they have put a self-imposed transfer ban in place. They're still doing business and the club has a number of good players in its squad.

So no, I don't think there's any need to panic and fear for the future of the club. If anything, I think we should fear for the next club he's manager of and who'll be the victim of his finger of blame next.