An injury time winner for Preston gave a fitting end to Reading's home campaign. Here is our match report from another disappointing afternoon.

Share All sharing options for: Reading FC 1-2 Preston North End: Could Be Worse

This morning The Tilehurst End was asked to sum up this season in three words. "Same but different", "all change please", "over in March", and "good then bad" were our answers. My own was "could be worse" and I feel that also applies to this match.

I had low expectations coming into this match so can't really get angry when they were confirmed. Half the players look like they are at a crossroads in their career. They might not be unhappy at Reading FC, but they also look unsure that they are happy. The other are decent honest players who are probably at Reading because they are not good enough for anything better.

That cocktail is never going to give a good taste even before you consider that this was an end of season match with nothing riding on it. I am not going to criticise the players for putting in a less than enthusiastic performance. They're human beings after all.

If footballers put in the same level of performance and had the same adrenaline for every match we wouldn't get upsets. Footballers aren't robots and thank God they're not, because if they were Leicester City would be nowhere near the top of the Premier League.

Friday afternoon in the office

Today's match and the last few months have been the football equivalent of Friday afternoon in the office. If there's work to be done, and you have to stay late, then you will. However, if there's work that can be left to Monday then you'll probably leave it to Monday, and it's the one day of the week when your manager might not mind if you leave early.

The problem for Reading has been that in the last two seasons our Friday afternoons have been starting at Wednesday lunch time. Anyone who has been unlucky enough to have a job with little work to do will tell you that it can be hard to get yourself out of a rut when you are constantly working in an environment with little pressure or reason to push yourself.

So in the context of today I am not going to criticise Reading that much. It would be silly to be too disappointed. The questions and criticisms need to be directed towards the bigger picture.

It will also be long forgotten that Reading actually started the game quite well. Some decent moves saw half chances for Yann Kermorgant and Deniss Rakels.

My only criticism from the opening 20 minutes was Brian McDermott's bizarre decision to start Chris Gunter at left back. It does not take an expert to realise that a diamond formation will leave you lacking width. Surely then the last thing you want is a full back who constantly cuts inside and feels uncomfortable getting to the byline.

Now of course it should be mentioned that this game was as meaningless for Preston as it was for Reading. The difference is that North End still have the feelgood factor from their promotion last season and can feel that they have had a decent season.

Once Reading lost their early momentum they lost their way. On more than one occasion the visitors doubled up on the isolated Gunter, or Stephen Quinn when he was covering the Wales international, and forced Ali Al-Habsi into making some good saves.

Despite that I was surprised to see claims on twitter that Preston should have been three or four goals up at the break. For me that hinted at fans and journalists who were tired of watching the same old lacklustre performances. 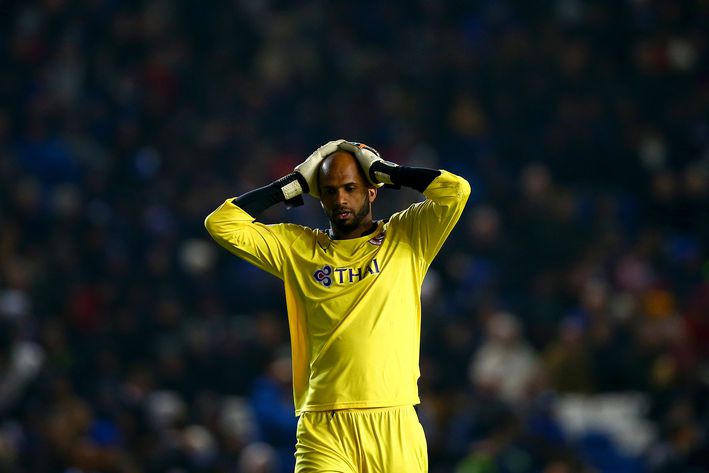 However, there can be no doubt that Preston should have been in front. The hapless Jake Cooper tripped over the ball and allowed Jermaine Beckford to race on goal unopposed from the halfway line. Beckford though, had so far and long to go, that Al-Habsi had time to remember that he can come out of his six yard box. Beckford's attempted chipped looked almost halfhearted, and Al-Habsi in the end had a comfortable save to make.

Reading improved after the break thanks to the introduction of Josh Barrett. The 17 year old showed skill and intensity that his more senior colleagues were badly missing. If anything Barrett, like so many of our youngsters, looked almost puzzled at his teammates. This was not like the academy where Reading play with confidence and purpose.

Nowhere was this shown more than in defence. If your full backs are going to play so high then I personally would expect to play a high line. Whether intentionally or subconsciously, Cooper and Paul McShane did the exact opposite.

This only increased the gaps between the defence, midfield and attack. Three separate units made it easy for Preston to play through and gave them plenty of space to attack. Barely 30 seconds after I remarked to my fellow Tilehurst End editor Bucks Royal about how bad Reading's defending was, we conceded an entirely unnecessary goal.

A simple punt forward flicked on by Daniel Johnson should have been easily dealt with by either Al-Habsi or McShane. However, like all season, no one wanted to take responsibility, and the grateful Beckford stepped in to score the easiest of goals.

After that the game became much of a muchness. Reading had a few half chances through Rakels, as did Preston. The closest either team came to score was a near miss by Barrett, before with four minutes to go a nice Kermorgant flick found Quinn on the edge of the box. Quinn, the only player who could do better than the current Reading team to come out with any credit, rifled home past Chris Kirkland to seemingly gift Reading a barely deserved equaliser.

There was still time though for Reading's mediocre defence to strike again. A poor header from the disappointing McShane gave Adam Reach the chance to tee up Johnson, who had enough time and space to park his car, and most importantly score, to give a fitting end to another disappointing season.

So where does this defeat leave Reading? In a position where it looks more than ever that things are going to get worse before they get better.

Nothing showed the apathy amongst the fans more than the empty rows at the top of Y25 where the supposedly most passionate supporters sit. In that context everything that happened today was entirely predictable which makes it hard to get too worked up about. As with so much at Reading FC at the moment, it is the bigger picture that needs to be looked at and is more concerning.