Josh Barrett and Stephen Quinn are praised in our player ratings, whilst the centre backs have a day to forget.

Made some crucial saves in the first half. Must take some of the blame for Beckford's goal.

Looked perfectly at home at right back. Didn't do anything wrong, but also didn't do anything special, which is typical of him in the last few seasons. He has the ability to be more than he is at the moment.

Looked unsure what he was supposed to do or even if he was sure why he's at Reading. Had a hand in both Preston's goals. A day to forget, but it must be hard to be captain in times like this. We know he will play better.

I really find it hard to believe that any Premier League club would be interested in signing him. He's a decent enough Championship centre back, but there's no part of his game that stands out. He still looks inexperienced and like he's growing into his body. His positioning and balance were all over the place.

I'm not going to criticise a player for being played out of position. That's the manager's fault. But I am going to give him a five because once again he got into a half decent position and didn't shoot. For Pete's sake Chris, you're a decent player. Have some self belief. No one is going to criticise you for missing, so please shoot. I can only remember you having one shot this season and you scored from it. Have some confidence in yourself. The worst that will happen is you miss. Who knows, by taking a chance you might score. 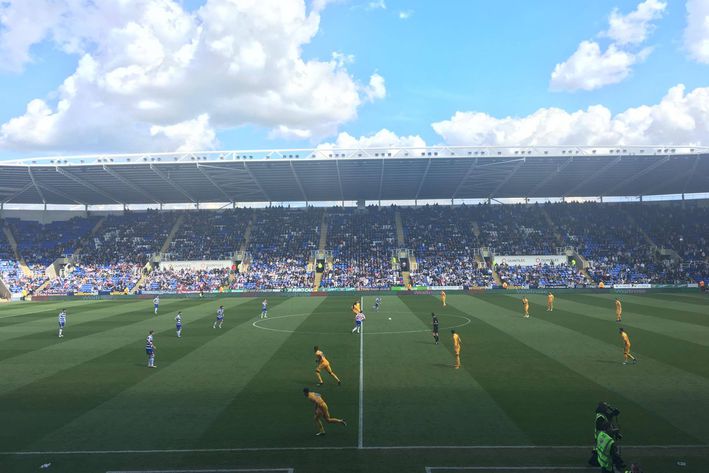 An injury time winner for Preston gave a fitting end to Reading's home campaign. Here is our match report from another disappointing afternoon.

Showed some promising touches and was probably substituted because he wasn't suited for his role. Looks raw and, like Álex Fernández, once again raises the question of what's happened to Aaron Kuhl?

A rare player to come out of the game with credit. Involved in everything good Reading did, and scored a lovely goal.

Put in the sort of display that we have seen far too often in his time at Reading. We see the occasional flashes of quality, but more often than not he goes missing. It would be best for all parties if he moves on this summer and I'm sure he will improve immensely in pastures new.

Did well with limited supply and again got a clever assist. I feel he would be an immensely enjoyable player to watch in a decent team, but instead worry how long it will be before he becomes another disillusioned player.

Worked hard and ran the channels well in the first half. I thought he maybe could have got some of his shots away quicker in the second half, but I was sat far away so might be overly harsh. Looks like a quicker Simon Cox.

Very promising. Looked comfortable on the ball and played some lovely passes. You can bet the club will mention him over and over again this week. We get it, you want us to know we have a decent academy. Well start playing these players then, rather than short term signings!