It's the second of our Home Kits World Cup ties and the contenders are from two long forgotten kit manufacturers: Bukta and Matchwinner.

This was our second kit made by Bukta and the first of only two kits that Reading have worn with a manufacture's stripe on the sleeves. We finished as champions of Division 4 in the first season we wore this kit, before following it up with two mid-table finishes.

According to Wikipedia, Bukta was founded as E.R. Buck & Sons in 1879, mainly producing shorts for soldiers fighting in the Boer Wars. That's a slightly more interesting beginnings than I imagine you would find at Adidas, Nike or Puma. Personally I feel the Bukta stripe on the sleeve lets down an otherwise good kit. 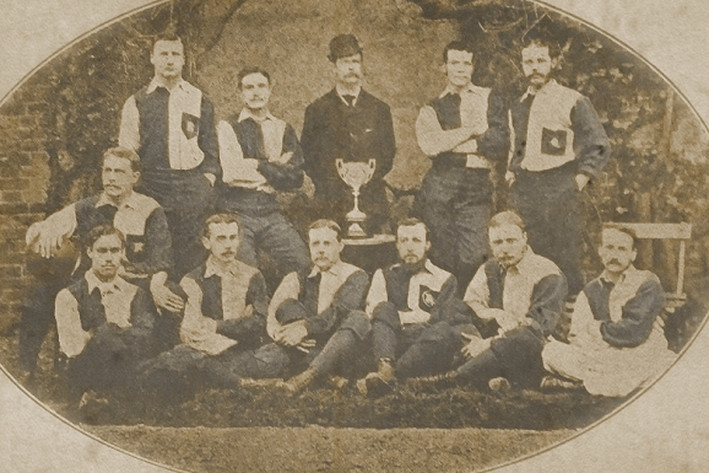 The second season we wore this kit remains our lowest ever league finish since the end of the 1980s. Perhaps a bad omen for this kit's chances in our World Cup. It's the first non-hooped kit to appear, which some might feel should count against it.

Despite that there is much to like about this shirt. The four striped badge is still considered our real badge by many fans, being sponsored by a local brewery certainly beats some awful sugary Thai drink which we cannot even buy, and Mick Tait's moustache!