Ever wondered what Reading FC has in common with Milton Keynes Dons? @urzz1871 takes a look at the ownership and doesn't like what he sees.

Share All sharing options for: Are Reading FC Just An Enabling Development For Royal Elm Park?

Fourteen years ago this weekend, on 28th May 2002, a three-man Football Association Independent Commission ruled by a margin of two to one that Wimbledon Football Club be allowed to relocate to Milton Keynes. Although virtually everyone in football, including the Football Association and the Football League, were horrified by this decision, the terms of reference of this Commission meant that this decision was ‘final and binding.’

This isn’t the place to go into the rights and wrongs of this decision, which led directly to the formation of both Milton Keynes Dons and AFC Wimbledon – the latter just promoted to the same level as the club playing 56 miles north of Merton after their play-off victory at Wembley.

Pete Winkelman’s ‘Stadium MK’ group proposed a large shopping development featuring both these stores, as well as a retail park, hotel and conference centre. But it’s highly unlikely that planning permission would have been received for such a large development without something to benefit the city – and this is where MK Dons came in. Their presence as part of the overall development, and the stadium being built for them within it, was enough to gain planning permission for the whole thing.

The State Of Reading Football Club

Follow our whole series where we take an in-depth look at Reading FC on and off the pitch.

So much for the history lesson – what’s this got to do with Reading?

Well for 99% of football supporters, Mk Dons as a team are morally bankrupt. Everyone understands that they’ve not earned their place in the league structure, they’ve taken it from its legitimate owners – and all for the sake of a property deal. But bluntly, MK Dons is football club that is only in existence so that its owner could profit from the development of land around the stadium.

After all, why would any rational business-people purchase a loss-making asset which needs more and more cash invested just to keep it standing still – all the while whilst they get abused for not pumping in even more money and for ‘not showing ambition?’

And the events of the past week suggest that the owners don’t really know what to do with this ‘development’ that they need to ‘enable’ their property plans to go ahead. I fear that the football club is a bit of a sideline, something that the consortium don’t really have any kind of strategy for – or maybe they have a number of strategies for it, but can’t agree between themselves what the actual strategy is. What little we know of their intentions tells us nothing more than any owner ever tells fans – basically a glib rehashing of what they believe the fans will want to hear.

And the sudden sacking of Brian McDermott – a highly contentious decision which has divided opinion – is symptomatic of this lack of direction and lack of strategy, because I’m greatly intrigued by the timing of this. The football season ended almost three weeks earlier, so if this decision was about results, why delay it quite so long and waste a fair proportion of the summer when transfer deals might have been done? There have been no matches played since then, after all - no further results to help make a judgement on.

Whichever way I look at the timing, I don’t like the answers I come up with. Did it really take three weeks to make this decision – if so, that suggests that the affairs at the football club are hardly at the forefront of the owner’s thoughts, and any business where it takes three weeks to reach a key decision is not going to prosper.

Alternatively, there’s been a change of direction or strategy, or maybe a shift in who actually holds the balance of power or makes the decisions within the consortium. This is no better, because organisations like this which have no clear leadership, and where there may be ‘factions’ vying for control and countermanding decisions which other factions made previously, rarely thrive under such chaotic and unstructured direction.

I also wonder if we’re in a situation where the Thais are looking to exert a more direct control, taking decisions out of the hands of the UK-based staff who’ve been with the club a while – but trying to exert this direct control from a distance of 6,000 miles. Again, I don’t like that as a possible answer to what’s going on, especially when you consider how much direct knowledge or experience of English football they have.

I’ve written many times over recent years for The Tilehurst End that I think football clubs tend to reflect the character of their owners. Under Sir John Madejski the football club was dependable and undramatic, maybe a little boring to some, but also highly stable and eminently trustworthy.

They did things in a slightly different way to the rest of football, with integrity, and refusing to get sucked into some of the less salubrious financial practices endemic at other clubs. Above all, they took a long-term view. Just as there was no reckless financial gambling to buy ‘big name’ players, and a refusal to be blackmailed by the wage demands of players or agents, there was a loyalty to those within the club.

Part of it was, perhaps, a recognition that to build a successful team a club can invest to vital things – time and money. In our case, money was always at a premium due to the size and income of the club, so time was invested instead – when Steve Coppell’s team finished well outside the pay-off places in May 2004, after a disastrous second half of the season that saw them win four games out of 16 between December and March, there was no kneejerk sacking. Similarly, the following season, which started so well, fell apart with a run of 14 games without victory, there was no end-of-season sacking – although Steve Coppell and Wally Downes were very worried this might happen, and it probably would have done at nearly every other football club.

This was another way that Reading used to buck the trend of football and do things differently to other clubs – and the investment of time and stability was eventually rewarded in ways greater than any of us could have previously imagined. Now though, those days are a distant memory, and every other day it seems that another of the club’s core values or long-standing staff members has gone. The latest of these core values to have gone is this trust and patience in managers – at a time when the club desperately needs stability, and is still reeling from the changes of the past few years, I don’t see how more change can possibly be a good thing.

The Ownership and Long Term Future 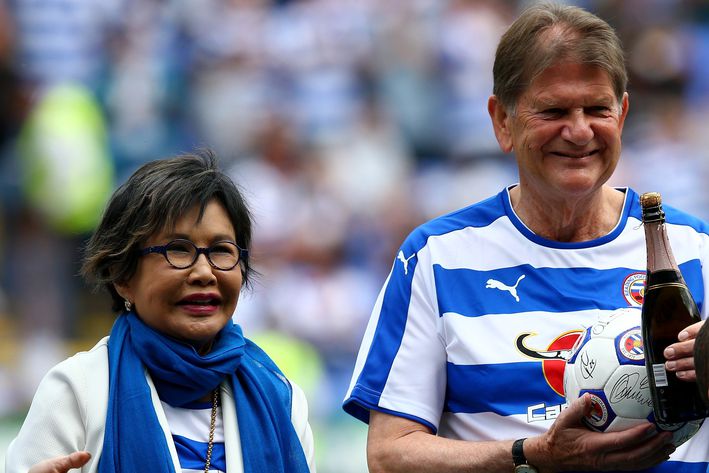 Wimb gives the first comprehensive review of the ownership situation at the Madejski Stadium and what it means for Reading FC.

As for the club taking on the character of the new owners, I have to say that does seem to be happening. We know very little of the owners and their character, or what are their plans for the football club - other than the standard PR platitudes.

And, lo and behold, as a result we seem to have a football club that’s directionless, one that doesn’t seem to know where it’s going or what its future holds - a football club where the priority isn’t the football that happens in the stadium but is the money to be made from what is built around the stadium.  But in taking on this character of owners, the football club is also faceless and characterless, and just about all the qualities that so many supporters - including me, loved so much about the club – all the things that made it so different from all the other clubs, the things that made it uniquely Reading FC, have now gone. The latest panicked, kneejerk change of manager proves that Reading is just like any other football club, now – it does things in exactly the same way as all the others do.

And if that loss of character and uniqueness wasn’t depressing enough, its whole existence as an ‘enabling development’ for property deals - as a club that’s not there for the football, for the supporters or for the community, makes me wonder just how much moral integrity there is left in this football club.