Find out which players impressed Matt Morris, and which ones he think need to improve to make the first team.

Another confident display from the Finnish goalkeeper, making some good saves and commanding his box from crosses. A bit unlucky with both goals, but provided a solid foundation to build the team upon.

Generally coped well with the Bristol Rovers attacks, but was part of a defence that let in two goals. Admittedly one was scored by the top goalscorer across the entire Football League last season, but perhaps could have closed down Easter better for the second goal.

A similar performance to Osho; had to deal with some good quality opposition, but generally kept Rovers at bay.

Put in a few good crosses when going forward, but had a tough night defensively, letting a few crosses in from his flank (including the one that led to Matty Taylor’s equaliser).

Scored the opening goal and was part of a midfield that dominated the first half and created chances at will. Eager to cut inside and gave Bristol Rovers some real problems. 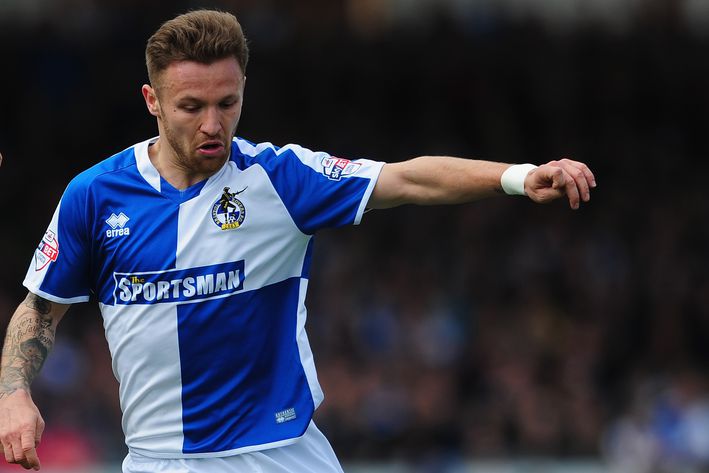 Matt Morris reports from the Memorial Ground on a good start to Reading's EFL Trophy campaign.

Another key part of the solid midfield, and it was no coincidence that after he came off the team started to come under pressure from the hosts. Played one particularly lovely through ball to create a good chance for Samuel in the first half.

A little bit quieter in the middle than some of the other midfielders, but still solid. It’s a good sign that just 18 months after joining us from AFC Portchester he’s able to hold his own against League One opposition.

A bit of a livewire with the ball at his feet, but also lost possession a number of times with some careless play.

Did very well for the opening goal, providing Stacey with the ball with a neat backheel. However, he showed the same frustrations as usual, not looking too interested and still not running to win the ball back even when it was near him. He must know that his place in the team is in jeopardy with only a season left on his contract, so it’s baffling that he seems so lackadaisical.

Still a very frustrating player. You can see he used to be a winger rather than a forward, every time he was through on goal he ran too far wide to get a decent shot off, and looked a little unconvincing with the ball at his feet, but ultimately he won the penalty and converted it to add a bit of shine to his performance.

Came on with 25 minutes to go, and got himself in a good position to get into a one-on-one with Roos. Looks a promising prospect.

Scored Reading’s second goal with a neat finish from a tight angle. Held his own against players much older than himself and looked reasonably comfortable.

Came on with very little time left, during a spell when the team were forced to defend a wave of attacks from Bristol Rovers. Not really given an opportunity to do anything.