The much maligned Reading academy graduate will join Nicky Hammond at the Hawthorns.

It's been the longest transfer drama all summer, but finally after 62 days of being a free agent Hal Robson-Kanu has a club. The Wales striker has agreed a two year deal with West Bromwich Albion.

The move sees the 27 year old reunited with Nicky Hammond, who left Reading earlier this year to become the Baggies' Technical Director.

Robson-Kanu enjoyed a wonderful Euro 2016 as Wales reached the semi finals and became just the second British side to win four games at a major tournament. He memorably scored the winner against Slovakia, before scoring the iconic goal of the tournament with a beautiful peace of skill against Belgium.

Performances like that have made Robson-Kanu a Welsh cult hero. Such is his popularity in Wales that when I watched the Slovakia game in a pub in Cardiff his chant was the only one sung. Not Bale, not even Wales, just a player who most Reading fans seem happy to see the back of.

How to explain such differences of opinion? Well for starters I'm not sure it's true that the majority of Reading fans think he's rubbish.

Last season our readers voted him man of the match six times, the most alongside Ali Al-Habsi, Nick Blackman and Oliver Norwood. Our dozen or so match reporters also rated him on average over the whole season our best player (you can see the ratings below). They can't all be Wales fans like me! He also had the second best goals and assists per game ratio.

There is no doubt that at times Robson-Kanu flattered to deceive and didn't realise his potential at the Madejski Stadium. He struggled to get into the team before promotion in 2012, but then had his best season in a Reading shirt in the Premier League scoring seven times in 25 appearances.

Tactics Insight: Why Was HRK So Much Better For Wales? 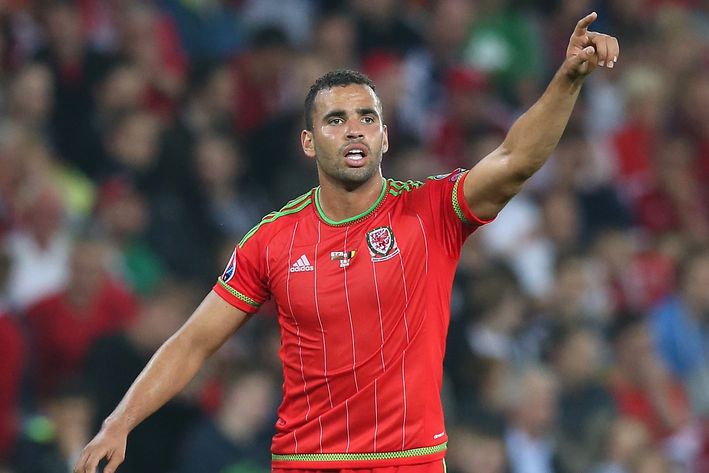 We look in detail at the tactical reasons why HRK is more effective for Wales.

He was rewarded with a three year contract, which he only signed after a similar long wait like this summer. It should be remembered that Alex Pearce behaved in a similar way at the time. Both had the same agent: Robson-Kanu's brother.

Pearce has since changed agent, but Robson-Kanu continues to use his brother's services. Both player's rumoured demands and big contracts made them easy targets for fans.

In the 18 months that followed relegation even Robson-Kanu's most ardent fans would admit he disappointed. He was injured more often than not, and when he did play he was one of many players who seemed confused by Nigel Adkins' no tactics, no strategy plan.

Wales rescued Robson-Kanu's career, but Steve Clarke rescued his club career. Under the former West Brom manager, Hal was the star player as Reading reached the semi-finals of the FA Cup. He started last season brightly before getting injured.

By the time he was back fully fit Clarke was gone. His good run of form in the new year coincided with Brian McDermott's only good spell on his return as Reading manager. But then Robson-Kanu got injured again, which remains his biggest problem.

It will be interesting to see how he does at West Brom and in the Premier League. I feel Tony Pulis could be a good match for him. I don't expect him to pull up many trees and nor do I think Pulis is expecting him to. He will have signed Robson-Kanu to be a squad player which is his level.

He may well end up back in the second tier sooner than he hoped, but this move does seem to confirm that those who in work in football rate Robson-Kanu much higher than Reading fans. After all, if he was as bad as some are claiming on twitter, than wouldn't Nicky Hammond have told Pulis so?