Jaap Stam celebrated his first match in charge of Reading with a deserved victory at a sunny Madejski Stadium.

One down, 45 to go. As season openers go this went as almost as perfectly as Jaap Stam and Reading could have wanted it to. Beautiful weather, perfect opponents, an encouraging display, but still enough signs for everyone to know that Reading are still a work in progress.

Stam's plans for his first game as a manager had suffered a setback during the week, when Oliver Norwood left the club for Brighton & Hove Albion. The system Stam had been getting Reading playing in pre-season seemed perfect for the Northern Ireland international and he would have been a key player if had stayed.

Having Norwood had allowed Stam to try summer signing Joey van den Berg at centre back, in place of Jake Cooper, in Reading's last friendly against Bournemouth. Despite Norwood's departure this experiment continued for the season opener. Some fans expressed surprise, but Reading's goal against Bournemouth had started from a decisive run from van den Berg so this was a positive move that made sense.

That meant it fell upon George Evans to replace Norwood and allowed John Swift to play in his preferred central midfield role. Both players were to fully justify their manager's faith in them.

Right from the start it was clear that Preston's intention was to sit deep and get men behind the ball. This was perfect for the home side, as it allowed them to play themselves into the game and get everyone on the ball.

Both wingers, Roy Beerens and Garath McCleary, showed their pace and skill with some dangerous runs down the wing. Clever pullbacks from both players should have ended in more than the misskicks and blocked shots that did happen.

There was one minor scare for Reading when Preston did get the ball in the net, but the referee had correctly blown up earlier for handball. That was the only moment when Preston threatened in a surprisingly unambitious and negative first half from them.

For all Reading's neat passing they didn't really create any clear cut chances, but 10 minutes before the break their promising display was rewarded from a corner. Yes you read that right, a CORNER!!!

Before it was taken, it was noticeable how nearly every Reading player was stood in the six yard box. This was all a clever decoy, as McCleary drilled a low cross which was wonderfully smashed into the net on the half volley by Swift.

It was a sublime strike from a player who at times had looked a cut above the rest. It was also hugely encouraging to see a Reading coaching staff think outside the box.

For too long Reading's set pieces have been woeful. Most fans have pinned the blame on the set piece taker, but when their hitting every corner to the back post, as they did under Nigel Adkins, then the coaching staff have to take some of the blame. So full credit to Stam. 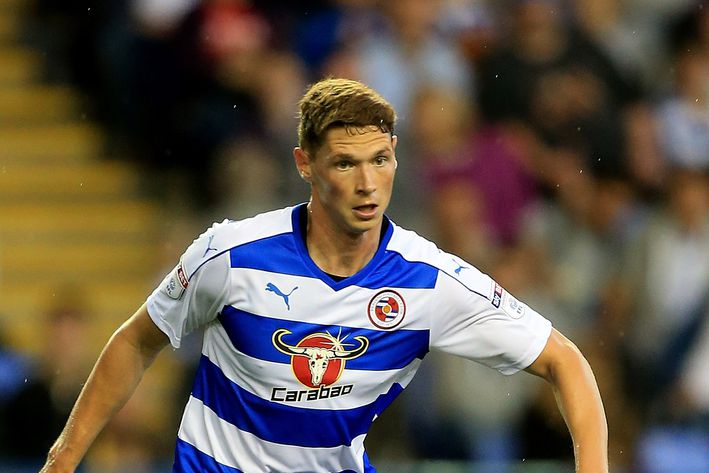 As they only could, Preston did improve after the break. For the first time they showed some urgency and ambition, but never really put Reading any real pressure.

It was always going to be hard for Reading to keep up their first half tempo in the glorious August sunshine, but when you've got the lead and control the game you can dictate the tempo. A little bit of time wasting and sideways passing showed Stam's team knew when to slow the game down to stop Preston gaining momentum.

Reading should have put the game to bed when a counter attack left Deniss Rakels with acres of space and all the time in the world. Somehow, though, the Latvian contrived to miss and he was almost made to rue it.

All game Reading had looked to build from Ali Al-Habsi. Preston's forwards were alone in looking to close down their opponents in Reading's third of the pitch, meaning it was easy for Stam's side to build from the back.

However, one dangerous pass from van den Berg to Evans, which was intercepted by Daniel Johnson, left the midfielder through on goal with no centre back in sight. Thankfully Al-Habsi came to the rescue.

That was as close either side would to come scoring and it should prove a warning to those who want to get carried away. Preston were the perfect opponents. They were cautious, passive, poor and yet they could have come away with a point.

Simon Grayson's team won't normally be that bad and neither will Reading's future opponents. However, Preston's performance is for them to worry about.

For Reading this was an encouraging start to a new era. Just like this time last season there was some lovely passing moves that split open the opposition and just needed better understanding to lead to something.

There was also a welcome return of the team being fluid in its movement and positioning. Just like at our best under Steve Clarke, you could see the team thinking and having a clear plan.

It was great to see McShane and van den Berg being decisive and carrying the ball into Preston's half. It has always annoyed me when centre backs give the ball to midfielders to do something they should be able to. By forcing the game they allowed Reading's attacking central midfielders to make the forward runs Stam wants them to.

Swift in particular excelled against opponents happy to sit deep. His deft control and skill was a joy to watch. Evans was impressive, bar one moment, and for the first time looked like he really belonged at Championship level.

Of course it is far too early to get carried away. Preston are a side predicted to finish in the bottom half and were poor. This though was a day to enjoy.

No pressure or worries. Wonderful weather, an encouraging display, some delightful individual skill and, fittingly on the day the club paid their respects to former academy manager Eamonn Dolan, another promising debut from a homegrown player. There will be questions and worries to come, but they can wait for another day.

Ed note: We'll be keeping a running tally of how this season's points total matches up to three key seasons, last year, our magnificent 106 point season and the last time we suffered relegation in 1997/98.