OPINION: It's Too Soon To Pass Judgement On Jaap Stam

Is the debate on Jaap Stam's possession game about more than just football tactics?

Share All sharing options for: OPINION: It's Too Soon To Pass Judgement On Jaap Stam

This year Reading have recorded 640, 569, 663 and 502 passes in four consecutive games. 2,374 passes in four games. Such stats are unheard of at Reading. Have we finally embraced possession football and is this a sign of progress?

No. Why? Because that happened in April, it was widely condemned on twitter and the manager whose team recorded those stats was sacked barely two months later. Fast forward to today and stats like that are being praised as sign of progression and a team in development.

So why the contradiction and why are Reading fans still divided despite there being little to actually be unhappy about? The first answer is simple. Jip Jaam Stam is a big Dutchman. A big name who brings some rare glamour to a club who seemed to be drifting.

His positive talk about introducing a Dutch style 4-3-3 possession game sounds exciting. That Dutch football has been in decline for a while doesn't matter.

Possession football itself has also gone out of fashion. Brendan Rodgers was the last Reading manager to try and introduce it at a time when it was the tactic. Football has moved on and these days dominating possession is no longer automatically thought of as a positive.

That is not to say it is a bad thing. No one interested in football surely thinks that way. It's what you do with it that matters.

And some Reading fans have been less than enthusiastic about what Reading have been doing with the ball. Stam's slow based possession game has even received some boos from a minority that resulted in Garath McCleary sending out the following tweet:

Great to grind out this 2-1 win. Booing in the first half surely is a wind up? A new style of play, which requires patience. #GetBehindUs

Now I don't know any fans that have booed. I don't know their motives or reasons. I do know though some fans like me who remain a little sceptical, which if I am being honest isn't entirely down to Stam.

Last season Reading sacked a manager I rated and a manager I liked. Steve Clarke impressed me in his short time at the club and for six weeks this time last year we played some of the best football seen at the Madejski Stadium for a long time.

Then Fulhamgate happened. Clarke made a mistake talking to Fulham, but the club handled the whole situation dreadfully. After that it felt like there was a lynching waiting to happen. Sacking Clarke was a mistake that sent Reading backwards.

The return of Brian McDermott felt right just because we needed to give the old so-called "Reading way" one more go. Most of us expected it to be unsuccessful, but the manner of his departure was still handled badly.

You'd be hard pressed to find a Reading fan who probably thought McDermott could turn things around. For his fans, and people like me who liked him as man, his second tenure felt sad.

The Thrill Of The New Reading Under Jaap Stam 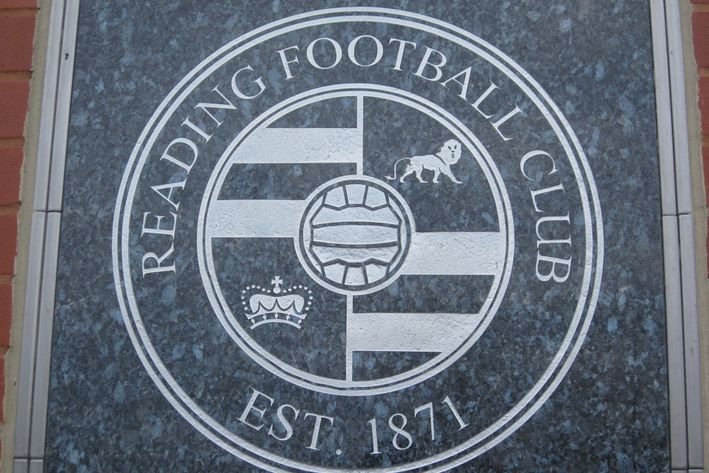 How can a mixed start to the season feel so fresh?

How is this all relevant to Jaap Stam? Well it rankled a bit seeing fellow supporters turn on two managers so quickly. It might be completely unfounded and an unfair comment to make, but it does sometimes feel like the very fans who were condemning Clarke and McDermott are now condemning anyone who dares to be anything less than positive about Stam.

Yet, if you take away the extremity of their argument, which is always hard on the internet, then they are right about Stam. Whether you agreed or disagreed with the sackings of Clarke and McDermott, they're not really relevant to Stam.

His appointment is a new start for Reading Football Club. The old Madejski era that lasted nearly a quarter of a century is for better or worse over.

Stam seems to be in a rare position as a Championship manager. He has come into a club with low expectations with little chance of past successes overshadowing him. The owners seem to have bought into the changes he is trying to make and, though after last season it may be premature to say, it seems they will be patient.

This Reading team are clearly in development. We don't look promotion material, but more importantly we should never be in trouble with relegation. There is also a clear team spirit and belief in the manager. Last season's team may have been more talented, and for six weeks exciting to watch, but it had no backbone and massively underachieved. This team will fight and after last season that is a welcome sight.

Which brings us back to the debate on Stam's possession football. We at The Tilehurst End haven't looked at in-depth at the stats or effectiveness for a reason. It's just too soon to praise or criticise.

What has been great is that the team are regularly picking up points even in transition. That was ultimately Rodgers' downfall and so far it looks like that will not be a problem for Stam.

There is also another factor to the debate that has not been mentioned. Stam will undoubtedly have to at some point show some flexibility. Reading cannot go into every game trying to dominate possession. It makes it too easy for the opposition to counter and it won't always be the best way to win a game.

However, maybe Stam knows that. Maybe he thinks it's more important to get Reading comfortable with this style than desperately try to pick up as many wins as possible. We're not going up or down. In the long term it might do us more good to get comfortable playing this way.

It is that reason why the booing is unhelpful and over the top. Stam's early results have earnt him the right for patience. At times Reading haven't been very exciting and sometimes it does feel like we have possession for possession's sake. You can't ignore those worries and some of the fans condemning the booing might well do well to remember their own criticism of past managers.

The 663 passes against Birmingham in April were tedious and frustrating. The 610 against Wolves last month were not much better. As long as we keep showing fight and don't go too long without winning then Stam's honeymoon deserves to continue for a little while yet.

Fans shouldn't be abused for having doubts about Stam, but at the moment he hasn't done anything to justify getting booed. Nor has he done anything to deserve adulation. The questions and doubts needn't go away, but neither should the optimism and hope. Let's just sit back and enjoy the ride for a bit longer before we decide whether it's taking us in the right direction.