Steady as you like, dealt with everything that came his way comfortably without needing to resort to the spectacular.

Competently kept the Ipswich left side quiet without contributing hugely to attack.

Kept the Ipswich forward line quiet first half but alongside Moore had a bit of a struggle to contain the attack second half as Ipswich tried and failed to buckle the Reading backline.

Confident on the ball, sought to keep it moving and capably defended although was turned a tad too easily by Grant at 1-1.

Caught out of position on a couple of occasions allowing the Ipswich right side to get in behind him and made the referee make what could have been a costly decision for Reading just after half time.

The sort of game you'd expect him to excel and he generally did so. Would have been a seven were it not for his horrible marking for the Tommy Smith chance that could have cost us. 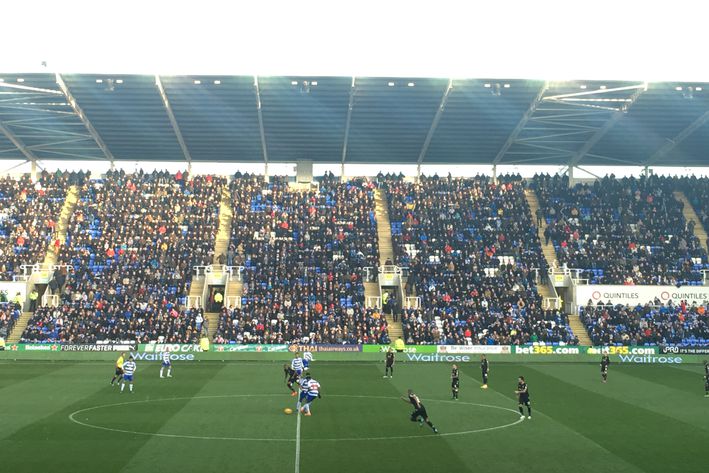 Struggle pig did what he does best, combative, driving runs with the ball, generally being a nuisance. Gets a seven for the excellent penalty under pressure at the end, showing remarkable coolness for such a fiery character.

An underwhelming performance, needs to take more calculated risks, doesn't move for the ball sufficiently when in possession but is ok without it. Could have been sent off for an ugly lunge when overrunning the ball.

Committed but lacked the support without Swift, while the wide men tended to be too far apart.

Excellent first half, caused numerous problem s and perhaps should have notched. Faded second half. Needs to perform across 90 minutes to be able to obtain higher marks.

Incisive passing and intelligent movement finally added to the midfield when he came on but played in his unfavoured wide position. Decent strike on goal forced a good save from Bialkowski.

A steady eight minutes for the no.11 who was not overly threatened. Whipped in one lovely cross for Quinn that the Irishman could perhaps have done better with.