The key points from a comfortable FA cup victory

Why wasn’t this the first leg result?

The 3-0 win was the most comfortable Reading have looked in recent weeks after experiencing a very bad run of form in the league which begs the question: why couldn’t they win the first leg so comfortably? The teams in each game were not hugely different but it would appear that the first leg result was simply the continuation of their terrible league form. Hopefully Tuesday’s victory can turn into a longer run of positive form.

Jon Dadi Bodvarsson finally made a real impact in a Reading shirt after his summer move from Wolves, with his first hat-trick in English football coming in his 20th Royals appearance. Bodvarsson netted two goals before half-time before finishing the game off with his hat-trick goal in the 64th minute to double his season’s goal tally.

The 25-year-old handed Jaap Stam’s men their first win in nine games to help alleviate some of the pressure on the Dutch manager and set Reading for a next round clash with fellow Championship side Sheffield Wednesday. After seeing last year’s top scorer Yann Kermorgant return from injury to be the first choice forward, Bodvarsson’s hat-trick should see him given a league start in the very near future.

The game marked Chris Gunter’s 250th Reading appearance since his 2012 move from Nottingham Forest. The Welshman has always been a consistent performer at full-back for the Royals, barely missing a single game during his time at the club.

He celebrated the landmark in perfect fashion, captaining the side and assisting all three of Bodvarsson’s goals while filling in at left back. It was a fitting performance from a loyal performer.

With the tie being at home, Reading lined up in their customary blue and white hoops with white shorts but Stevenage obviously missed the memo, lining up in their home kit of red and white stripes with blue shorts causing a kit clash. This meant that Reading had to change into their fluorescent orange away kit at half-time with Royals boss Jaap Stam saying this about the clash after the game:

“I said it before the game that it was quite strange that both sides were almost wearing the same colours or identical. But this was the only shirt they had and a blue one I believe and the referee wouldn’t let them play in blue, so they needed to wear the white one. We were wearing white as well of course so our kitman needed to get the stuff and then we changed it.” 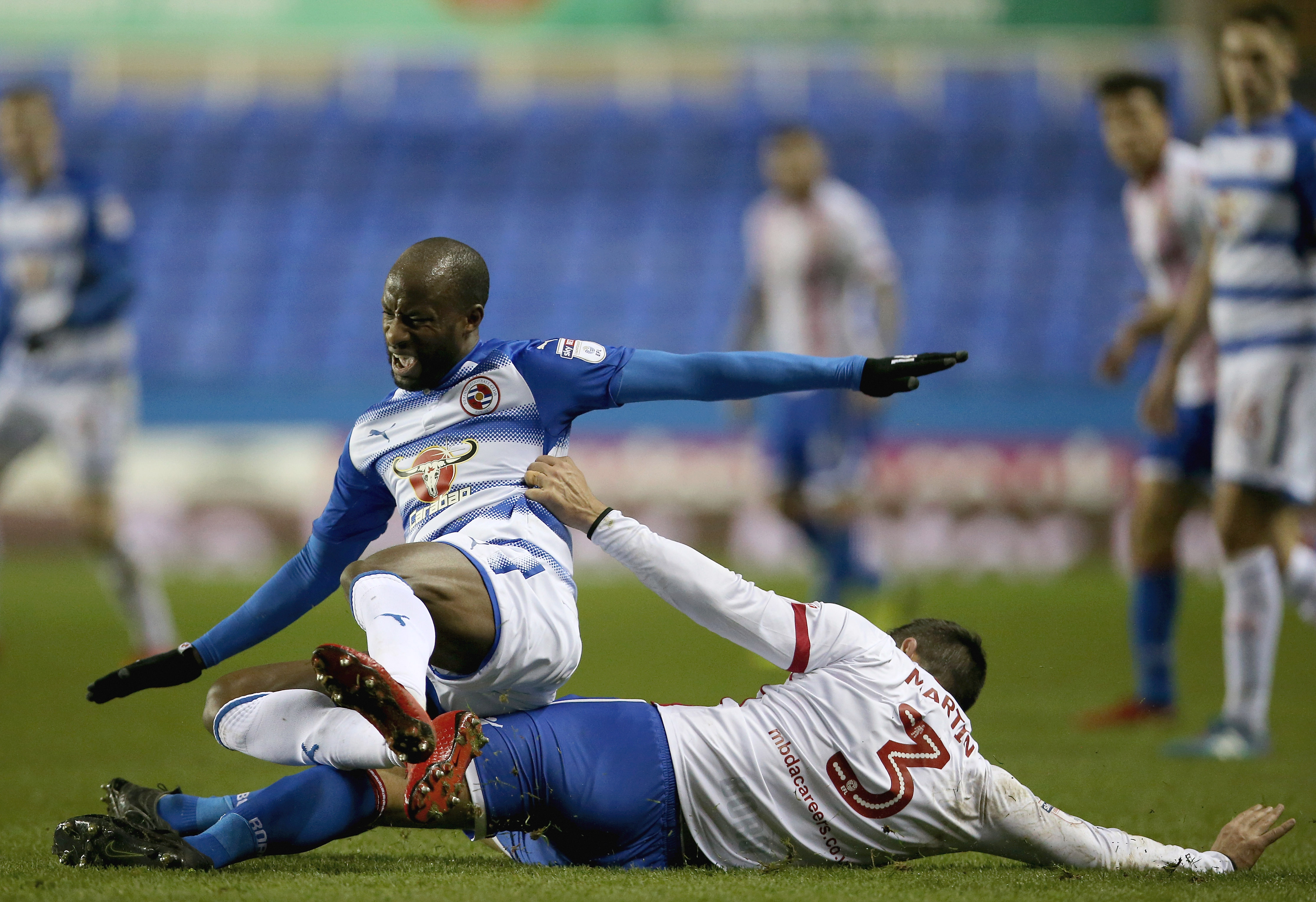 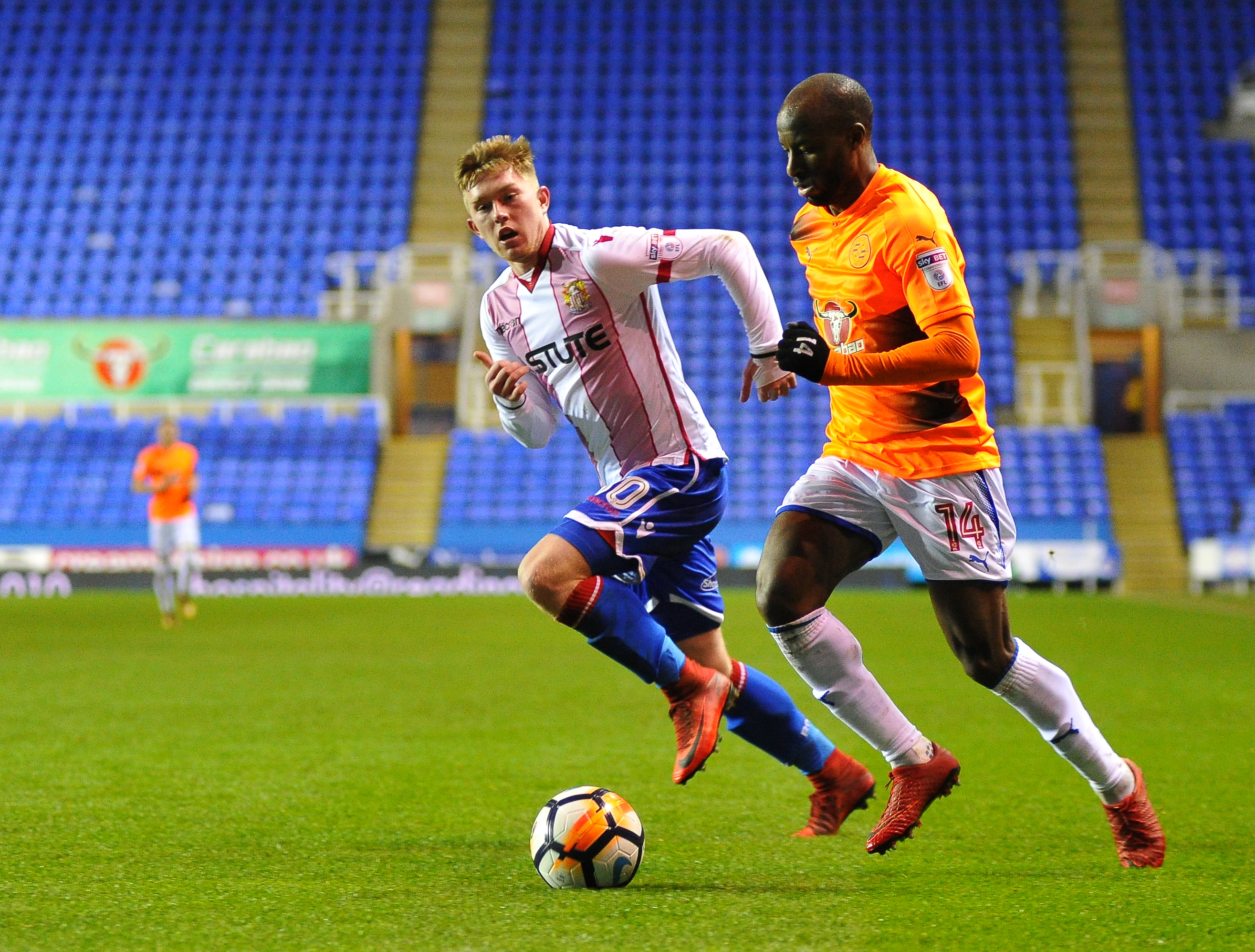 Sone Aluko was unimpressive in twice as many kits as usual.
Photo by Harry Murphy/Getty Images and Photo by Simon West /Action Plus via Getty Images

Aluko has been a failure

Reading’s marquee summer signing was the 28 year-old forward, coming from Fulham in a deal that was believed to be around £7.5 million. There were hopes that he would help fire the Royals towards promotion once again, but so far he has returned a paltry two goals from his 14 Championship appearances so far.

He has even recently started to lose his place in the team with fellow summer signing Modou Barrow being the most impressive of the new stars. On Tuesday, Aluko turned in yet another lacklustre performance against Stevenage - for a club record signing, he has truly so far been a waste of money.

Now you’ve read this, check out the gaffer’s take on the 3-0 win.
Click me