What should we know about Reading’s new signing?

Share All sharing options for: View From The Town End: Chris Martin

Reading finally got the striker they wanted with the signing of Chris Martin on transfer deadline day. In fact, it’s the second loan spell in as many seasons for the 30 year-old Derby County forward, who turned out for Fulham last campaign.

To get a better impression of what kind of player we’re getting, we asked two chaps who know all about him - Fulham’s @ARBeck, of our SB Nation cousins Cottagers Confidential, and Ollie Wright of @DerbyCountyBlog.

How would you sum up his time at Fulham, Andrew?

AB: His time at Fulham was disappointing. He got off to a good start, and Fulham had an option to buy him. But then Derby fired their manager, Steve Bruce started whispering in his ear, and he even refused to play a match for the club. I’m sure there are people who think we still would have gained promotion if he hadn’t become such a problem.

What about his Derby career, Ollie?

OW: Martin was the player who, more than any other, defined the Steve McClaren era at Derby. He was a Nigel Clough signing, but McClaren based the team around Martin’s strengths, switching to 4-3-3 and relying on the big man to hold the ball up, or flick it on for onrushing midfielders.

In 2013/14, we were almost unplayable for a time - then in 2014/5, a run at automatic promotion only foundered when Martin suffered a hamstring injury late in the season. Unfortunately, promotion never came and the rest of the league caught up with us, in the end. 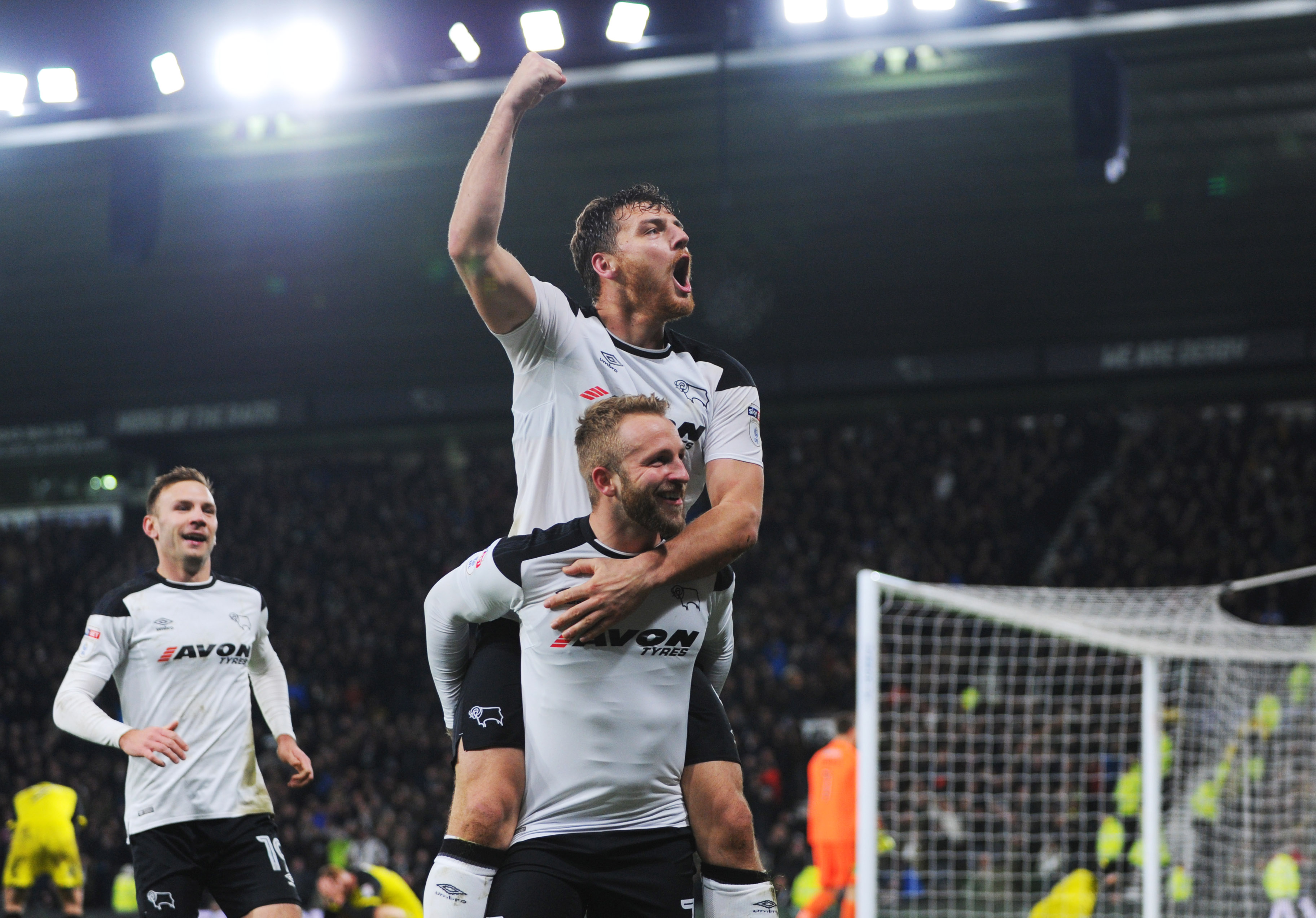 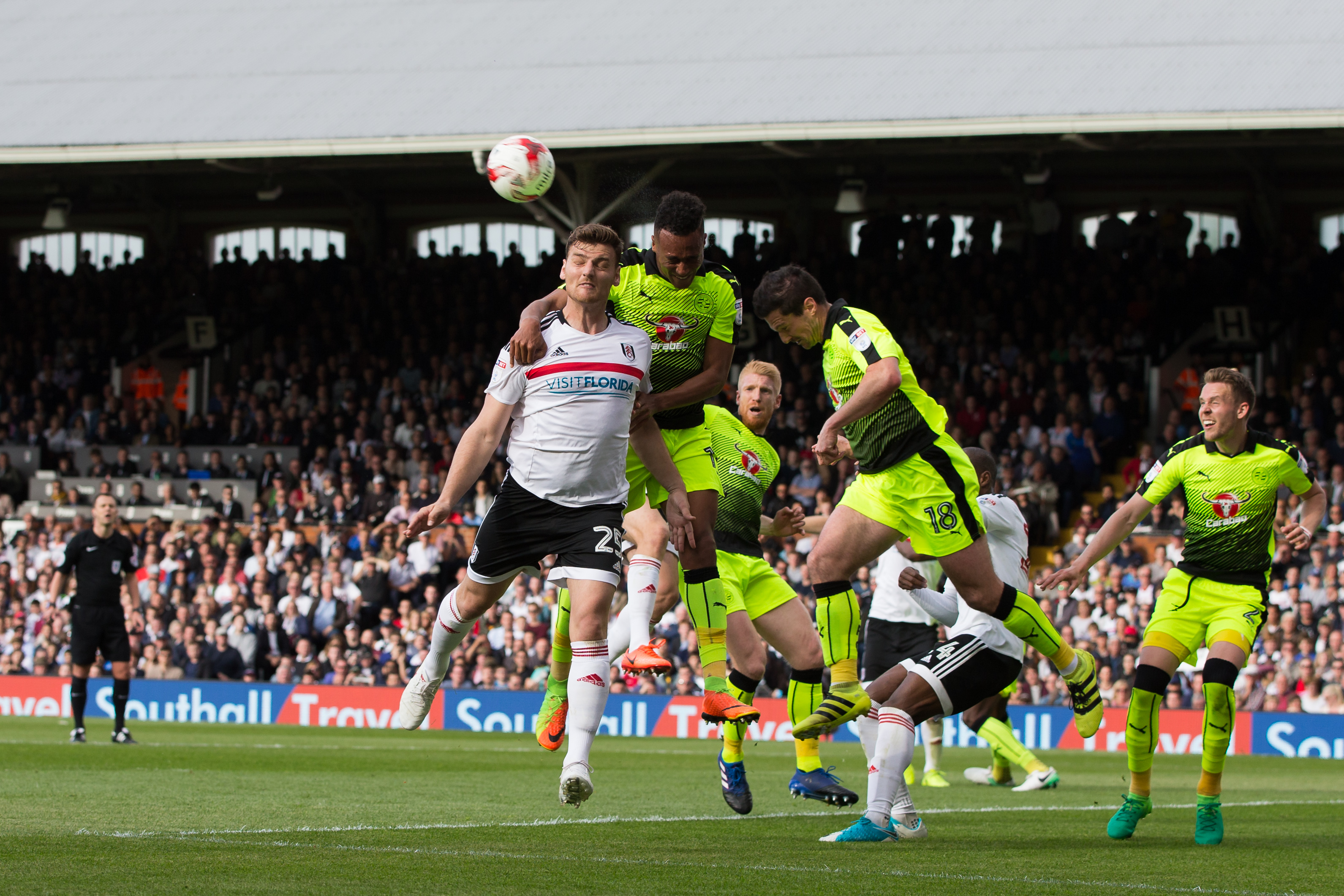 After McClaren left in 2015, things became turbulent at Derby - and trickier for Martin in particular. Last season’s infamous Fulham loan deal, engineered by Nigel Pearson, was a real farce, which the returning McClaren (are you still with me?) only made worse through his desperate attempts to get the player back in the January window, despite there being no recall clause in the loan arrangement. Martin ended up going on strike, but Fulham refused to cave in and in the end, everyone lost.

McClaren was soon gone (again) - enter Gary Rowett, who palpably never fancied Martin and is clearly pleased just to get him off the wage bill.

Ultimately, Martin deserves to be remembered as a great servant for the Rams, who scored a lot of goals - 54 in the Championship. But in the end, he was one of the stars of a promising “nearly team”, which fell, agonisingly, inches short of promotion.

AB: I don’t know him personally, but I really don’t understand what his end game last year was. Refusing to play for Fulham and then signing a new contract with Derby while on loan while Fulham had already negotiated an option to buy was a really weird move. Loyalty in players is overrated, but that was a really weird thing to do.

OW: Do you know the word ‘mardy’? If not, let’s say he is argumentative and bolshy and enjoys a good tussle of a Saturday afternoon. He was the main man up-front for Derby for a long time and revelled in that status. I loved him - some fans didn’t. Either way, you will certainly notice he’s there, put it that way.

What are his biggest strengths?

AB: He was a pretty great hold-up player who did things with technical skill. He was almost as likely to create off of his hold up play than he was to finish himself. It was that kind of thing that got Fulham fans excited. But since his actions got him out of favor at Fulham, and even after he returned to Derby, he simply hasn’t produced at all. Is he broken? Does he need a change of scenery?

OW: He’s a physical forward when he needs to be, but is also an absolute f*cker for winning free kicks if touched. His technique is excellent and he holds the ball up well. In a nutshell, he is a back-to-goal forward who likes to link up with quicker forwards or attacking midfielders, and lives to get the ball to feet - he will create opportunities and score goals if he is given it.

AB: His main weakness was a lack of pace. Depending on where he received the ball in hold up play he could fall out of the attack as he laid the ball off to pacier players that would be attacking the goal. He also didn’t really give much effort on defense, and if you expect him to press high from the striker position, you’ll be disappointed.

OW: He is slow and not a player who is going to chase list causes, or ‘lead the press’. Out of possession, he will amble around, chewing the ref’s ear off, a bit like a 45 year-old former pro who can’t bear to stop playing Sunday league, even though both his knees are shot.

Finally, the crunch question - is he a good signing for Reading?

AB: If he can regain his form, he won’t be a bad signing. The big issue I have is age. It could simply be that he’s in his decline phase. With Reading not being a promotion threat until 2018/19, you’re really hoping he’s going to regain his form as a 29 year-old or greater. I’m not sure that’s a gamble I’d be willing to take.

OW: Yes, I think so and if you want to keep him in the summer, there will definitely be a deal to do. He’s 29 and as a player who has never had pace to lose, certainly has a good couple of years left at Championship level. I always thought Reading would be a logical destination for him, as you look to play good football and I guess require a long-term replacement for Kermorgant. His goal-scoring record at this level is as good as anyone’s in recent seasons and given the chance to settle, there’s every chance he’ll be a big hit at Reading.