A run of tough fixtures begins with the visit of Derby. Here’s the lowdown on the visitors.

Derby’s current manager is Gary Rowett. The 43 year-old has been in charge of the Rams since replacing the sacked Steve McClaren in 2017. This only the third club that Rowett has managed since becoming a professional football manager.

Rowett began his managerial career at Burton Albion, following the sacking of Paul Peschisolido in March 2012. Rowett was promoted to the role of first-team manager having previously been the assistant coach at the Pirelli Stadium.

In his first full season, he led Burton Albion to fourth place in League Two, losing in the play-off semi-final to Bradford City 5-4 on aggregate. This was then followed up with a sixth-place finish in 2013–14 season, however the Brewers would suffer heartbreak as they lost 1-0 to Fleetwood in the League Two play-off final.

Following Birmingham’s decision to sack Lee Clark, the Blues came calling and the former Burton boss moved to St Andrews - a decision that was popular amongst Blues fans with Rowett playing 86 times for the club between 1998 and 2000. During his time at Birmingham, Rowett bought stability, steering the club away from the relegation zone.

However, after managing 106 games for the Midlands club Rowett was controversially sacked by Birmingham board following a change of ownership with the Blues well in contention for a play-off spot. A decision that is still felt today by most Birmingham fans.

Rowett was then appointed Derby manager in March 2017.

Rowett likes to set up his teams to be tough to beat. The Rams’ boss then likes to use the pace of his attackers to catch the opposition out at breakneck speed with the likes of Matej Vydra, Tom Lawrence and Kasey Palmer. With regards to formation expect Rowett to deploy a 4-2-3-1 or a 4-4-2.

Derby’s current leading scorer is Matej Vydra who has scored 17 goals in 23 league games making him the Championship’s top goal-scorer. This season Vydra has replicated the form that made him a force to reckon with at Watford, where he scored 38 goals in 95 appearances for the Hornets.

The Rams’ captain and current longest serving player is Richard Keogh who has been at Pride Park since completing a transfer from Coventry in July 2012. Having made over 533 career appearances Keogh brings a wealth of experience to the Derby side. He has scored eight goals in 280 appearances for the club.

The striker is currently on loan at Reading having completed a move from Derby in the January transfer window. Having made over 188 appearances and scoring 64 goals for the Rams. Martin was deemed surplus to requirements by Rowett.

Since completing a move to RG2, the 28 year-old has scored once for the Royals having scored in Reading’s 2-1 defeat at Middlesbrough. As it happens, his other goal this season came when Reading beat Derby 4-2 at Pride Park with Martin scoring a consolation for the home side.

Chris Baird completed a move from Fulham to Reading on a free transfer in September 2013, but what was strange about the transfer was that he was only signed a contract until the end of January 2014.

Baird produced some fantastic performances in his time at Reading with many fans expecting his contract to be renewed until at least the end of the 2013/14 season. However, due to financial constraints Baird’s contract wasn't renewed and the defensive midfielder was released after just making nine appearances.

Following his release Baird would end up playing for Burnley and West Brom in the Premier League before completing a move to Derby in the summer of 2015.

Alex Pearce made over 240 appearances for the club having successfully graduated from the Royals’ academy. Pearce is still loved by many Reading fans for the loyalty and work ethic that he showed during his time at the club. Who can forget that step over at Doncaster away?

The centre-back played a huge role in Reading’s most recent history. He made his first Wembley appearance as Reading lost to Swansea 4-2 in the 2011 Championship play-off final, although he didn’t come off the bench.

Following that heartbreak, Pearce played a key role in helping Reading achieve promotion to the Premier League, keeping a total of 20 clean sheets and scoring five goals in 46 Championship games. Pearce would play in 19 Premier League games the following season before the Royals were sent straight back down to the Championship.

His final major contribution in a Reading shirt would be when the Royals lost to Arsenal 2-1 in the FA Cup semi-final at Wembley, a game where he played the full 120 minutes and captained the side.

After many years at the Madejski Stadium, Pearce opted to leave following the expiry of his contract and moved to Derby on a free transfer. Since joining the Rams the defender has made 51 appearances for the club. 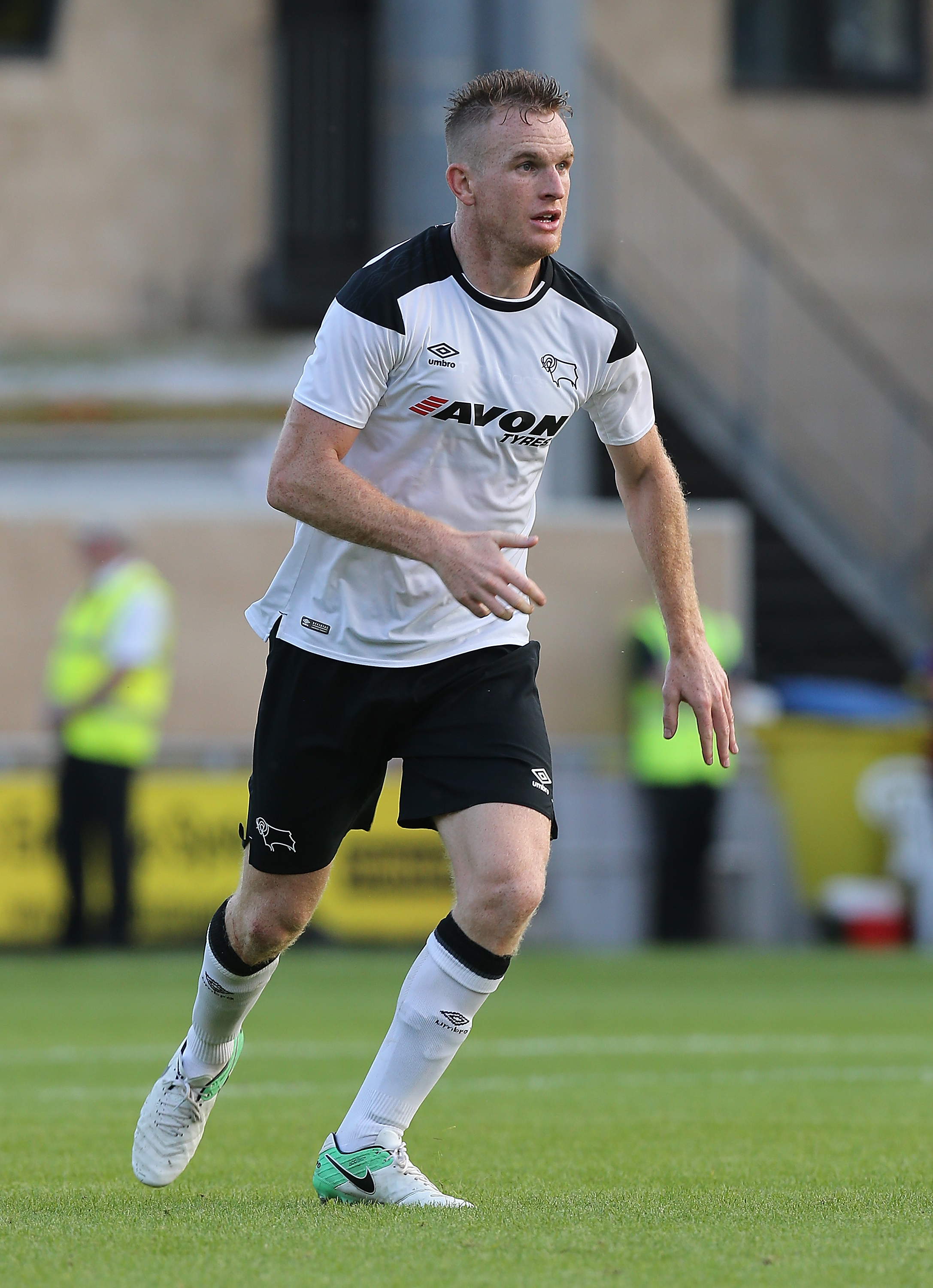 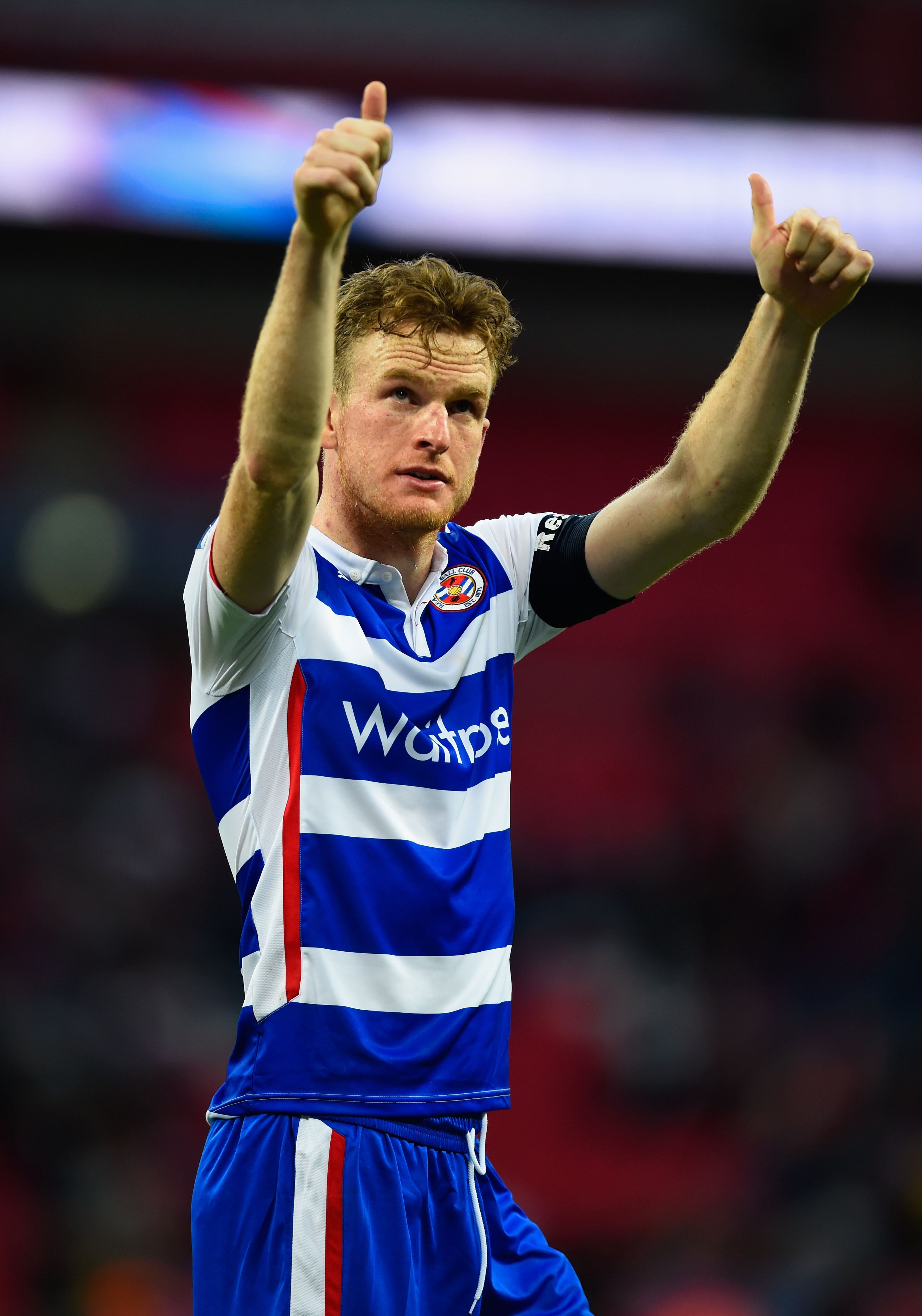 Derby’s striker who can’t stop banging in the goals for his side had a loan spell at Reading in the 2015/16 season. Having completed a sensational deadline day move from Watford there were high hopes by many Reading fans who thought Vydra could be the player to fire Reading back to the Premier League.

However, it didn't work out as many expected with the Czech Republican international scoring just nine goals in all competitions. Since then Vydra has looked back to his best with 17 Championship goals this season.

The key man that Reading fans should keep an eye on is Tom Lawrence. Playing across the midfield Lawrence is a player that can cause many problems for any side with his creativity, passing and shooting.

Furthermore, Lawerence is the type of the player that likes to run forward with the ball. He has so averaged 2.3 dribbles per game, which is by far the best of anyone in the Derby team and suggests that he likes to keep the ball close to his feet. This suggests that manager Gary Rowett will deploy Lawrence as Derby’s main creative man with the midfielder looking to supply balls to the likes of Matej Vydra and David Nugent and also give the Reading defence a torrid time.

Last season Lawrence scored twice for his old club Ipswich as the Tractor Boys drew 2-2 with the Royals at Portman Road, which shows just what he can do if given the time and space.

Manager Gary Rowett could make changes following his 2-2 draw with Leeds in midweek. Kasey Palmer could make his full debut for the club having scored a last minute equaliser for Derby.