A six pointer awaits the Royals as they face Bolton. Here’s a detailed look at the Trotters

Bolton’s current manager is Phil Parkinson. The 50 year-old has been at the helm since being appointed Bolton manager in 2016. 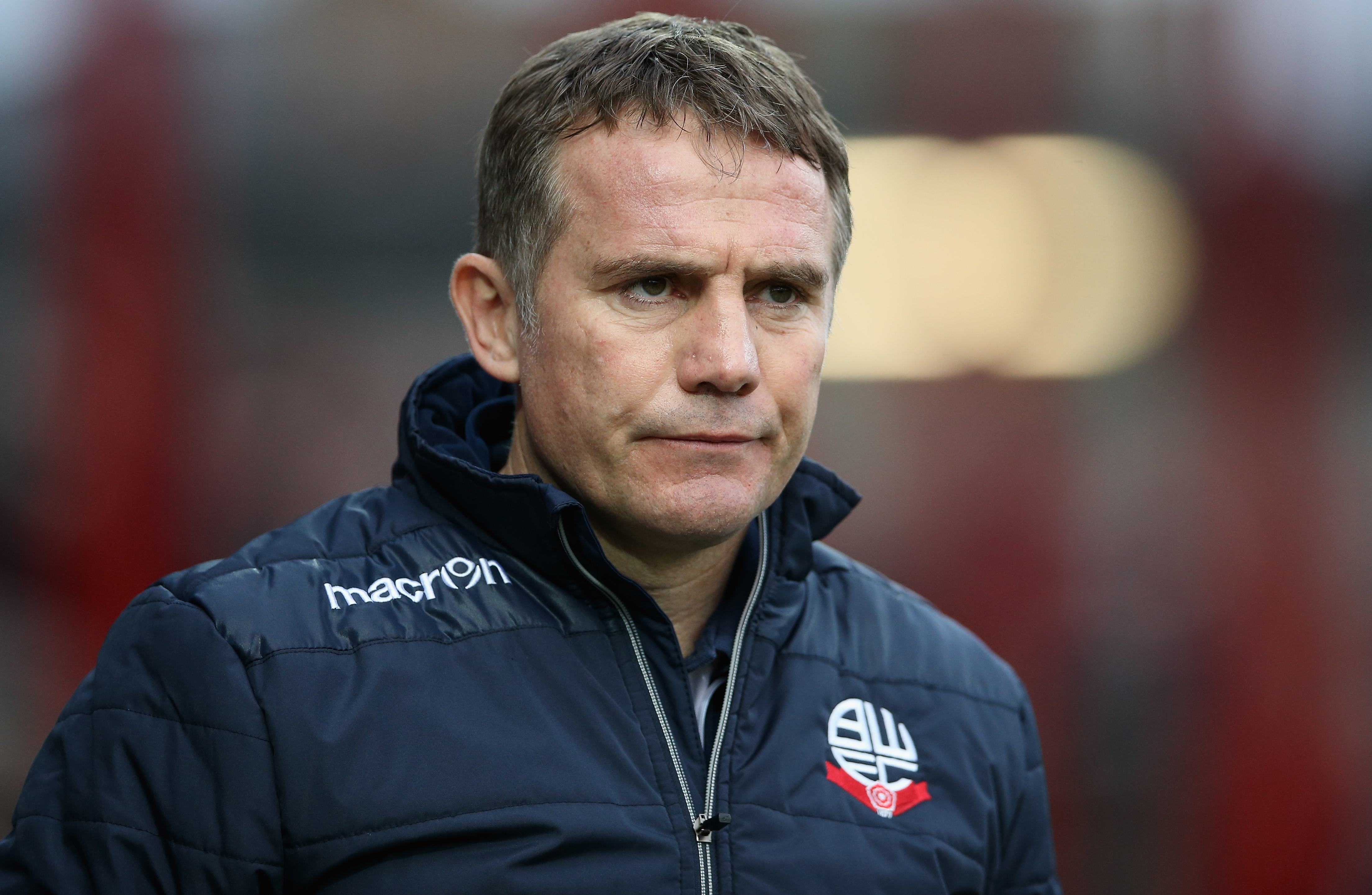 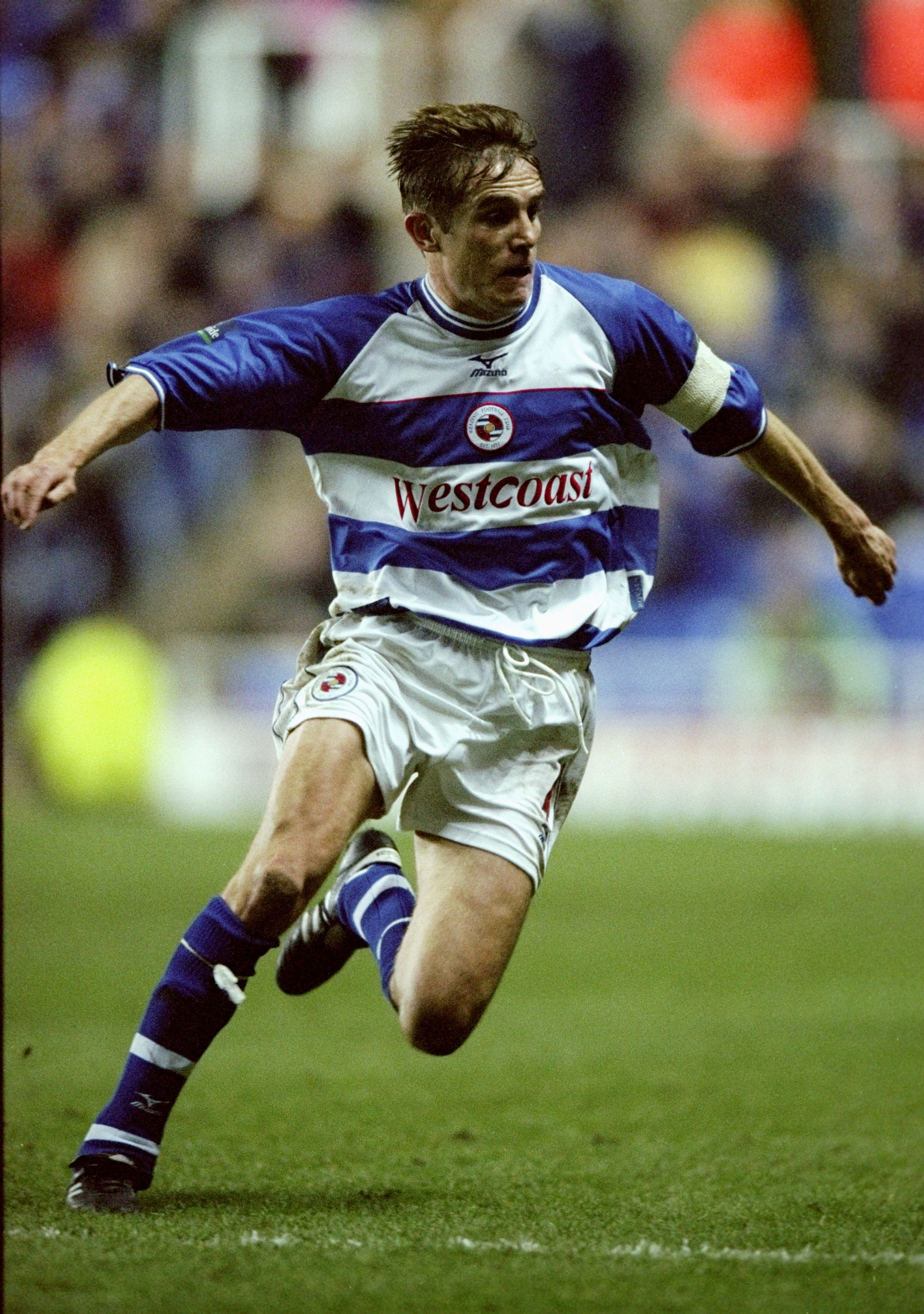 Parkinson is a real fans favourite with the Reading fans having made over 361 appearances between 1992 and 2003. He scored 20 goals for the club in a nine year period and was voting by the Reading faithful as the best central midfielder to play for the club.

After finishing his playing career at Reading, Parkinson moved to Colchester to take his first job as a manager.

In just his second season as a gaffer, Parkinson led the U’s to an unlikely promotion to the Championship, after they finished second in the League One table.

But with a year to go on his contract Parkinson resigned as Colchester manager in June 2006 having managed 154 games for the Essex club.

However, Parkinson wasn't unemployed for long and after just one month of leaving Colchester. The former Royals man was appointed Hull manager in July 2006.

When Parkinson faced against his old club, he was embarrassed as his former club romped home 5–1. After another defeat in their next match at home to Southampton, he left by “mutual consent” in early December, leaving Hull in the relegation zone.

He then moved west to Yorkshire, after being appointed Bradford City manager.

During his time at the Bantams, Parkinson achieved so much in such a short space of time.

In his second season in charge of Bradford, the former Southampton player led his side to a historic Capital One (now Carabao) Cup final. Bradford’s run to Wembley included a penalty shoot-out win over Arsenal, as well as beating Aston Villa 4-3 on aggregate in the semi-finals.

Further success followed that season as Bradford won promotion to League One, after they defeated Northampton in the League Two play-off at Wembley.

During the 2015-16 season, Parkinson and his Bradford side pulled off one of the greatest upsets in FA Cup history when the Bantams beat Chelsea 4-2 at Stamford Bridge. The Yorkshire club were 2-0 down, but won the game in spectacular fashion.

Parkinson would lead his side to the quarter-finals that season, but crashed out following a 3-0 loss to Reading in the sixth round replay.

After losing to Millwall 4-2 on aggregate in the League One play-off semi-final, Parkinson left the club at the end of the season to become Bolton’s new manager.

Despite FFP constraints, the current Trotters boss managed to win promotion to the Championship at the first time of asking after winning the League One tittle.

In terms of his style of play, Parkinson likes to play quick, direct football using a 3-5-2 formation.

This allows the midfield to be compact and as well as being able to launch the ball up to the strikers as quickly as possible.

Bolton’s current captain is Darren Pratley who has been at the club since June 2011. Having made over 440 career appearances, the central midfielder bring a wealth of experience to the Trotters side.

By comparison, Bolton’s current longest serving player is David Wheater who has been at the Macron Stadium since joining from Middlesbrough in January 2011.

Like Pratley, Wheater brings a wealth of experience having made over 382 career appearances, with 105 of those coming in the Premier League for both Bolton and Middlesbrough.

Andrew Taylor spent the 2015/16 season on loan at Reading from Wigan. During his short spell at RG2, the left back made 23 appearances for the club.

Taylor’s performances were not enough for him to earn a permanent contract with the club and the defender was sent back to Wigan at the end of the season.

Following his return to Wigan, Taylor was released as his contract with the Latics ran out.

He then moved to Bolton on a free transfer helping his side earn promotion to the Championship. 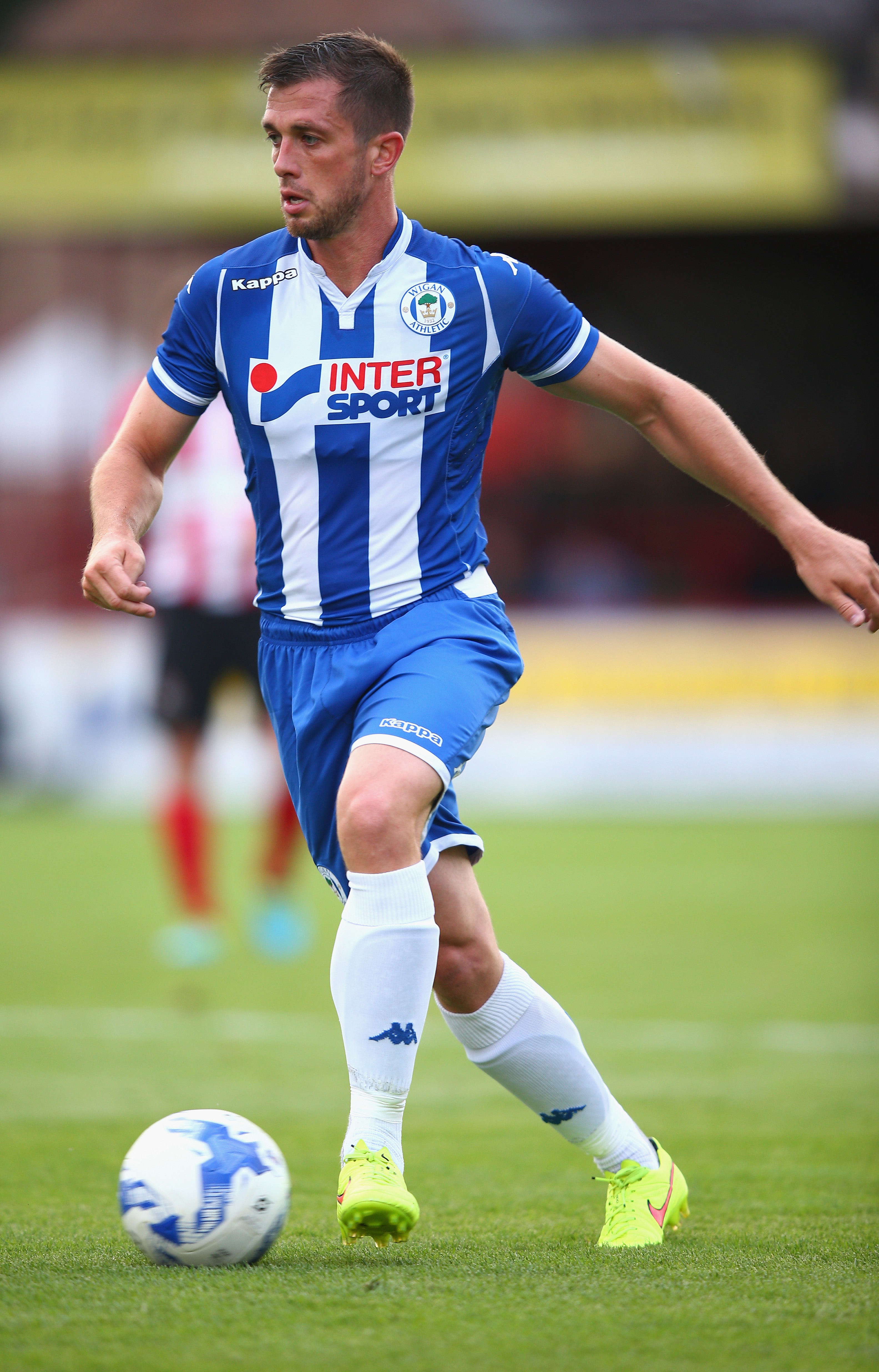 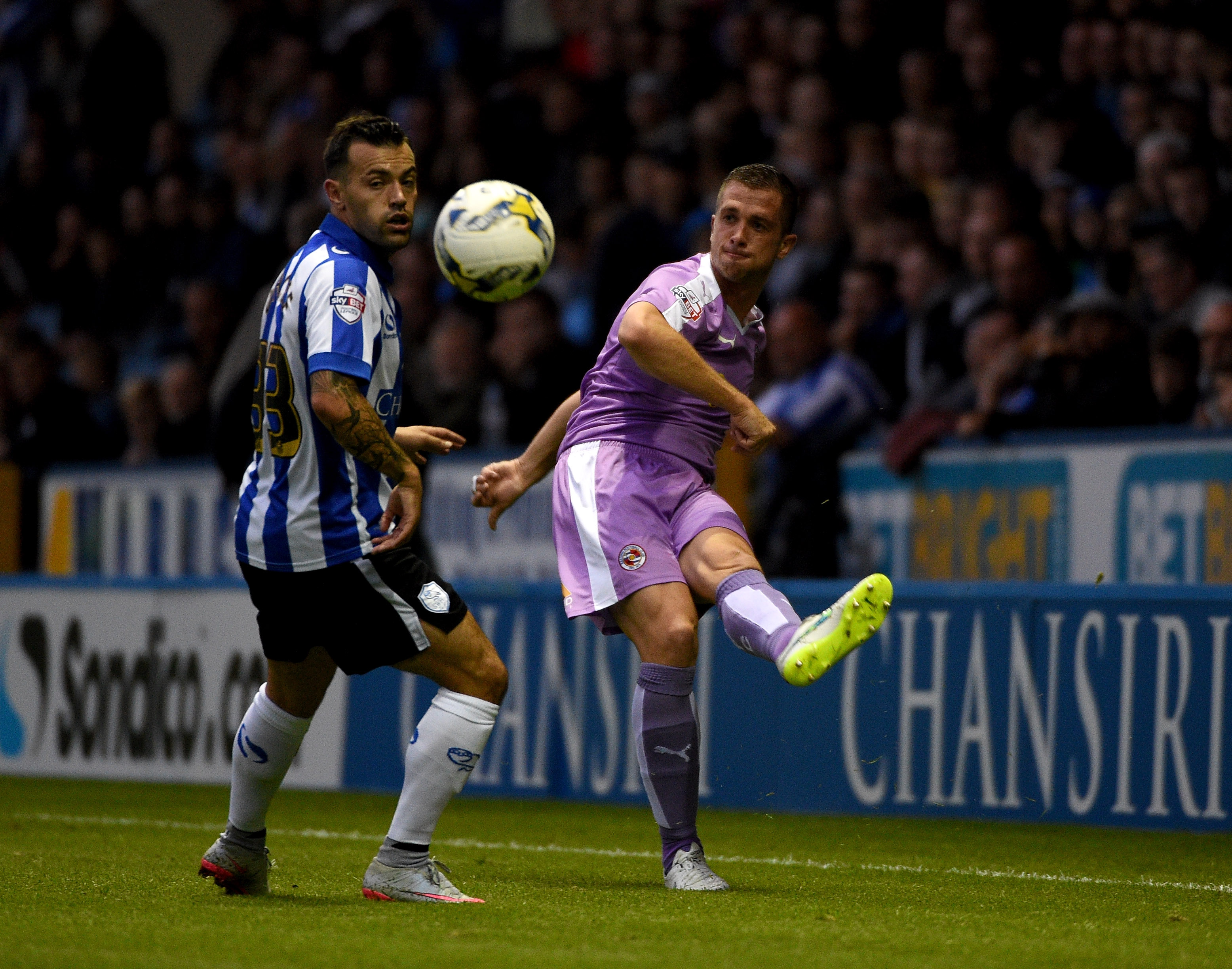 The central midfielder made over 175 appearances for Reading having come through the Royals academy. Karacan’s greatest achievement came when the Royals won promotion to the Premier League putting the nightmare of hitting the post in the Championship play-off final behind him.

Sadly two serious injuries towards the end of his stay restricted him in terms of his playing time and after spending nine years of his professional career at RG2. Karacan was released at the end of the 2015-16 season.

He would go to play for the likes of Galatasaray and Bursaspor before returning to England, where he would sign for Bolton following a successful trial.

Reading’s former striker made over 110 apperances for the club in a three year spell dating from August 2011 to July 2014.

During his time at RG2 Le Fondre score 41 goals for the club and played a vital role in Reading’s promotion to the Premier League.

He scored 12 goals in 32 league appearances including that brace against Southampton which ultimately gave Reading the Championship tittle.

Despite Reading’s poor season in the Premier League, the former Rotherham man managed to score 12 goals with most of those coming from the bench.

Le Fondre is fondly remembered for some great memories such as scoring twice in the last five mintues as Reading came from 2-0 down to draw 2-2.

Unfortunately, due to the worsening financial crises that was developing at Reading during the summer of 2014. Le Fondre was sold to Cardiff to help pay an unpaid tax bill.

Following his move to Cardiff, Le Fondre had loan spells at Wolves, Wigan and Bolton before returning to Lancashire following the expiry of his contract at the Cardiff City Stadium.

The key man that Reading fans should keep an eye on is Josh Vela. Playing at either right back or in central midfield, Vela is very much an important player to the Bolton side.

His 1.7 tackles per game shows he can break play up and stop the creative players from the opposition.

If Reading are to get the three points which they desperately need then they need get through the former Arsenal man.

With an average of 1.4 key passes per game, Vela will tasked at providing creativity for his side.

Bolton manager Phil Parkinson is likely to make changes to his side following the Trotters’ disappointing 3-1 defeat to Preston last time out.

Sammy Ameobi has a back problem, but Mark Little and Karl Henry are available having each served a suspension.