Can Paul Clement follow up his first victory, as Royals boss with another memorable win over Aston Villa?

Share All sharing options for: Scouting Report: Aston Villa (A)

Aston Villa’s current manager is Steve Bruce. The 57 year-old has been at the club since replacing the sacked Roberto Di Matteo in October 2016.

Bruce brings a wealth of experience having previously managed at the likes of Hull, Birmingham and Sunderland.

Bruce first began his managerial career as manager of Sheffield United in 1998. In his first season, Bruce guided the Blades to eighth place in the First Division (now Championship), nine points away from a place in the play-offs.

However, after just one season Bruce resigned as Sheffield United manager citing turmoil in the club’s boardroom and a shortage of funds for transfers. He then moved to Huddersfield to become the Terriers’ manager ahead of the 1999/00 season.

Huddersfield were early promotion contenders, but lost form and failed to reach the play-offs. After a poor start to the 2000/01 season, Bruce was sacked by the club board.

In March 2001 Bruce was appointed the manager of Wigan for what would be the first of two spells with the Latics. The team reached the Second Division play-offs, but lost in the semi-finals to Reading and Bruce left the club, where he had been in charge for less than two months to take over as manager of Crystal Palace.

However, after just three months in charge of the South East London club Bruce resigned in order to takeover as Birmingham’s new manager in November 2001. After a 14-match unbeaten run, Bruce led his side to the First Division play-off final where they beat Norwich to win promotion to the Premier League for the first time in over 16 years.

Despite struggling near the bottom of the Premier League table, Bruce managed to prevent his side from being relegated. He then led his side to a tenth place finish the following season.

However, in the 2005/06 season Birmingham were relegated to the Championship, as Portsmouth’s late surge in form rescued Pompey and sent the Blues down. Despite their relegation Bruce stayed on and won promotion back the Premier League at the first attempt, after the Blues finished second in the Championship table.

Bruce then made a sensational return to Wigan in November 2007, after the Latics came calling for his services. He successfully kept the club from getting relegated and then in his second season back in charge of Wigan, Bruce guided the team to an 11th place finish in the Premier League.

His success at keeping Wigan up, attracted the attention of Sunderland who appointed Bruce as their new manager in May 2009. In his first season in charge at the Stadium of Light, Bruce led the Black Cats to a 13th-place finish in the Premier League.

After two and a half years at Sunderland, Bruce was sacked following a poor run of results. He moved then to Humberside to become the manager of Hull. During his time at the KCOM stadium, Bruce had huge success at the club.

In his first season with the club, he led them to promotion to the Premier League, clinching second place in the Championship on the final day of the season. A game in which Paul McShane scored.

Bruce then guided Hull to a 16th place finish in the Premier League, as well as guiding the club to the final of the FA Cup where they lost to Arsenal 3-2. However, Hull’s achievement at getting to the final meant they would playing European football for the first time in their history.

Sadly, Hull short spell in the Premier League when they were relegated at the end of the 2014/15 season. But just like at Birmingham, Bruce guided the Tigers back to the Premier League at the first time of asking, as they beat Sheffield Wednesday 1-0 to win promotion via the play-offs.

However, despite winning promotion to the Premier League Bruce resigned ahead of the new season amid claims he was frustrated by the lack of transfers. Nevertheless this was still a decision that shocked the Hull fans.

Bruce then moved to Aston Villa in October 2016.

Steve Bruce likes to play an attacking 4-3-3 or a 4-2-3-1 formation where his side get on the front foot from the first whistle. He also likes to use the pace of Albert Adomah and Robert Snodgrass to expose the opposition.

This will mean the full backs of Chris Gunter and Tyler Blackett will have a huge role to play when the teams meet at Villa Park.

The Villans’ club captain is John Terry who has been at the club since completed a move from Chelsea in the summer. He brings a ton of experience to the Villa side having won the Champions League once, the Premier League five times, the Europa League once, the FA Cup four times and the League Cup three times.

On the other hand, Aston Villa’s current longest serving player is Gabriel Agbonlahor. The 31-year-old has been at the club for the whole of his current player career having come through the club’s academy.

He made his first appearance and scored his first goal for Aston Villa in their 4-1 defeat away to Everton in March 2005.

Aston Villa striker Lewis Grabban had a loan spell at Reading during the second half of last season. He scored three goals in 19 appearances for the Royals. Grabban who is currently on loan from Bournemouth has scored 16 goals in 27 appearances in this current campaign. 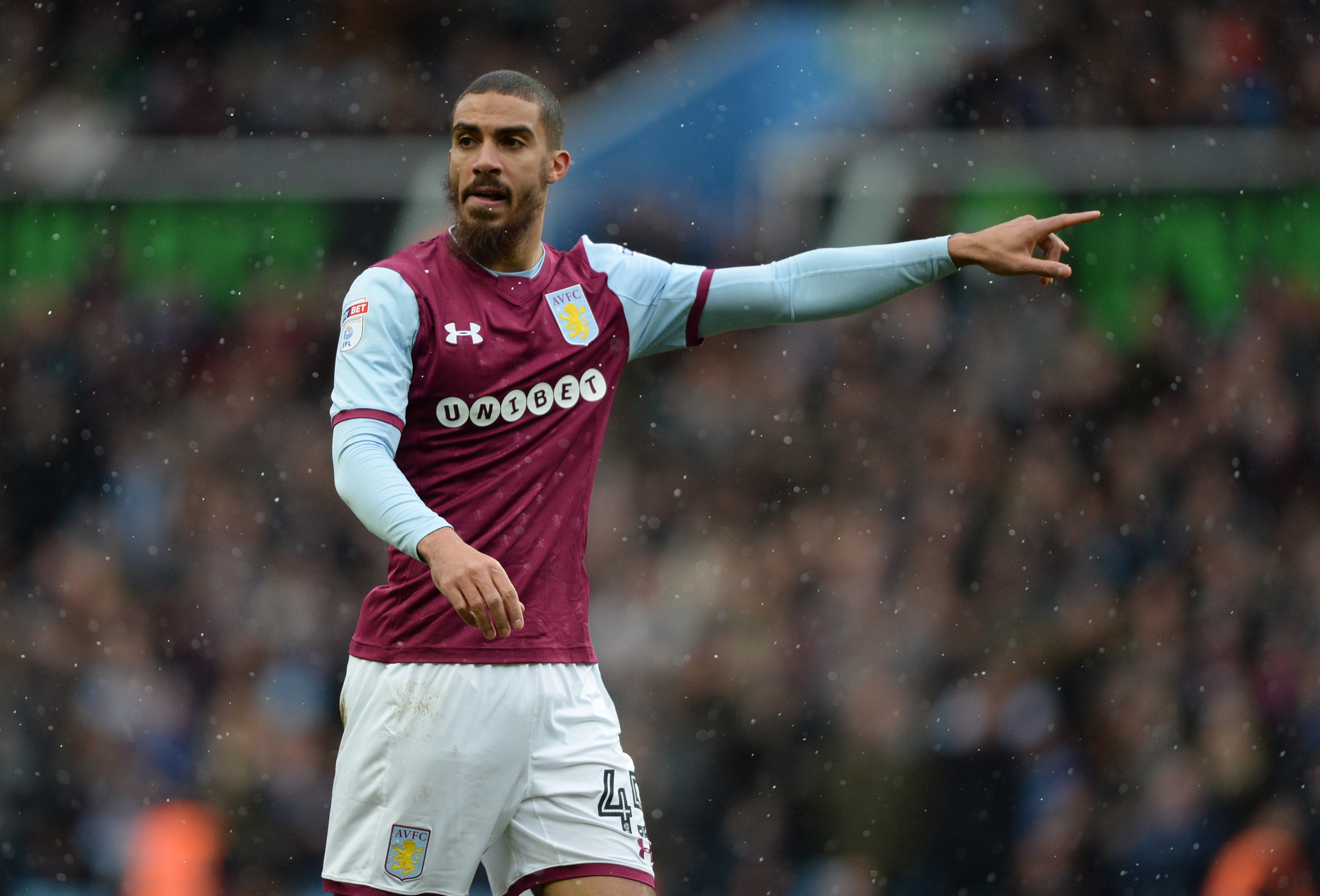 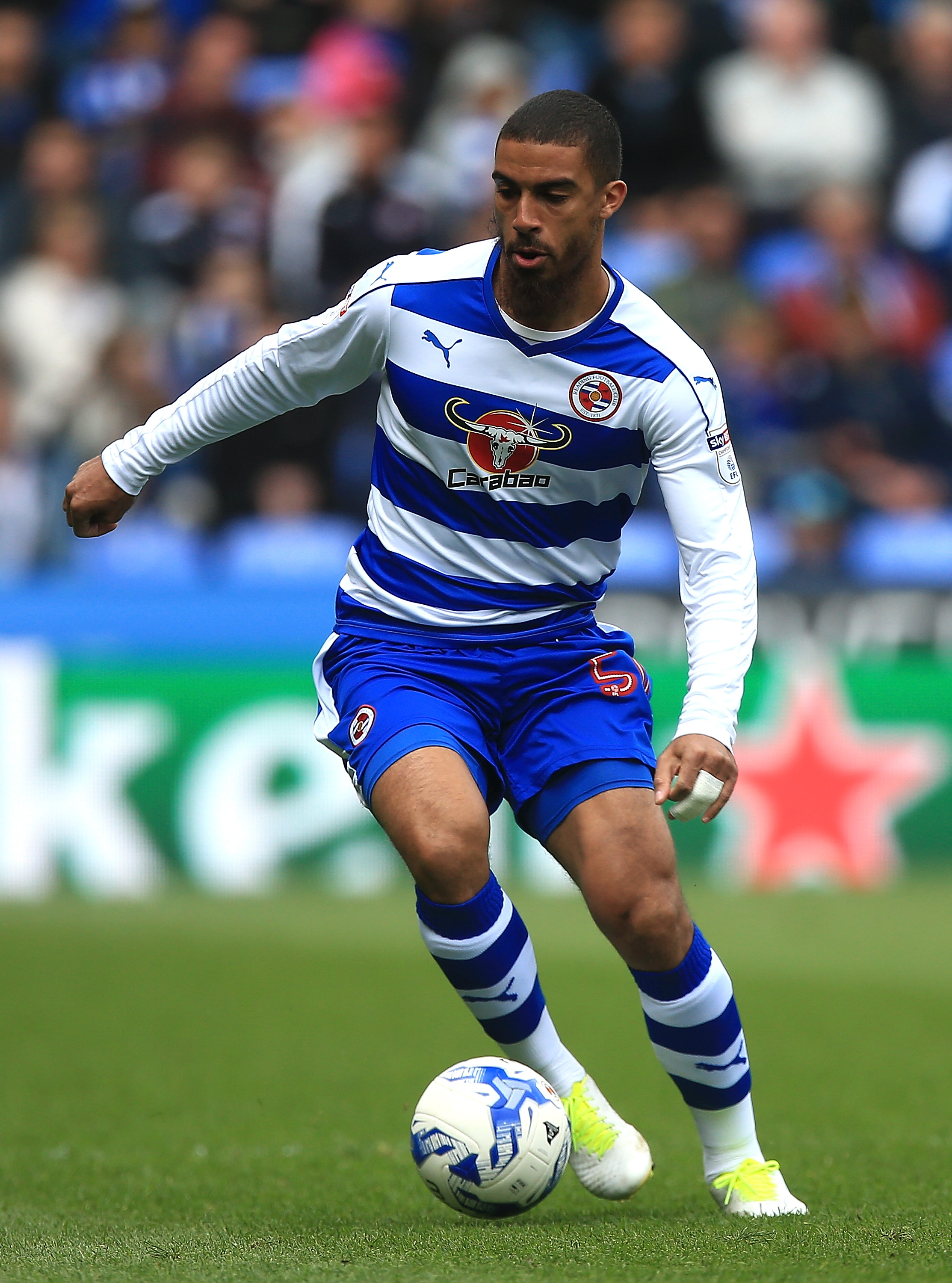 Reading’s centre-back had a loan spell at Aston Villa in the second half of the 2015/16 season. Sadly, Ilori failed to make an impression having made zero appearances during his time at Villa Park.

The Royals’ versatile player had a spell with Aston Villa between July 2013 and August 2018. He made over 131 appearances for the Villans scoring eight goals.

However, following a falling out with the Aston Villa fans following his sides’ 1-1 draw with Hull. Bacuna was allowed to join Reading, signing for the Royals just 48 hours before his new club faced his old side at the Madejski Stadium. 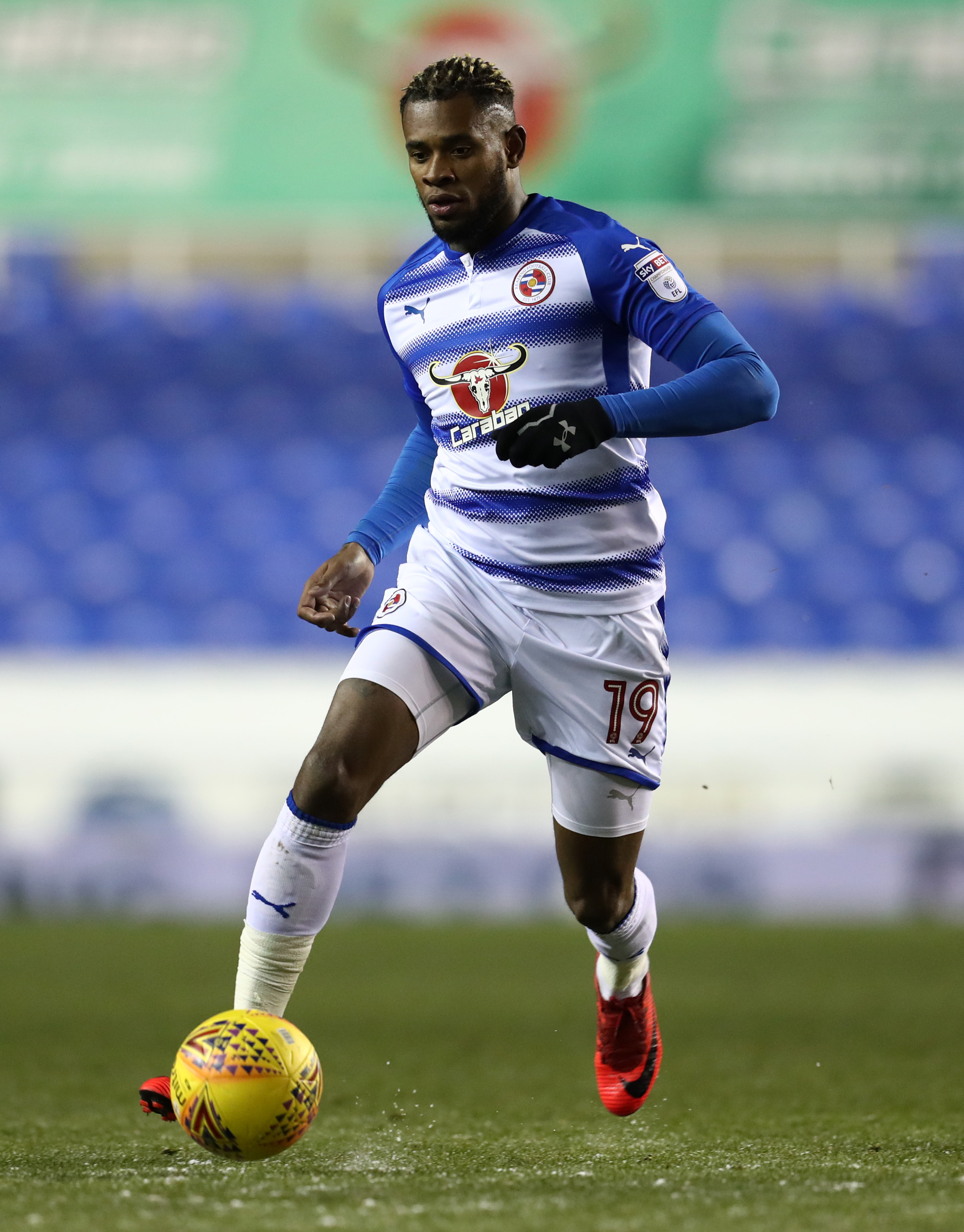 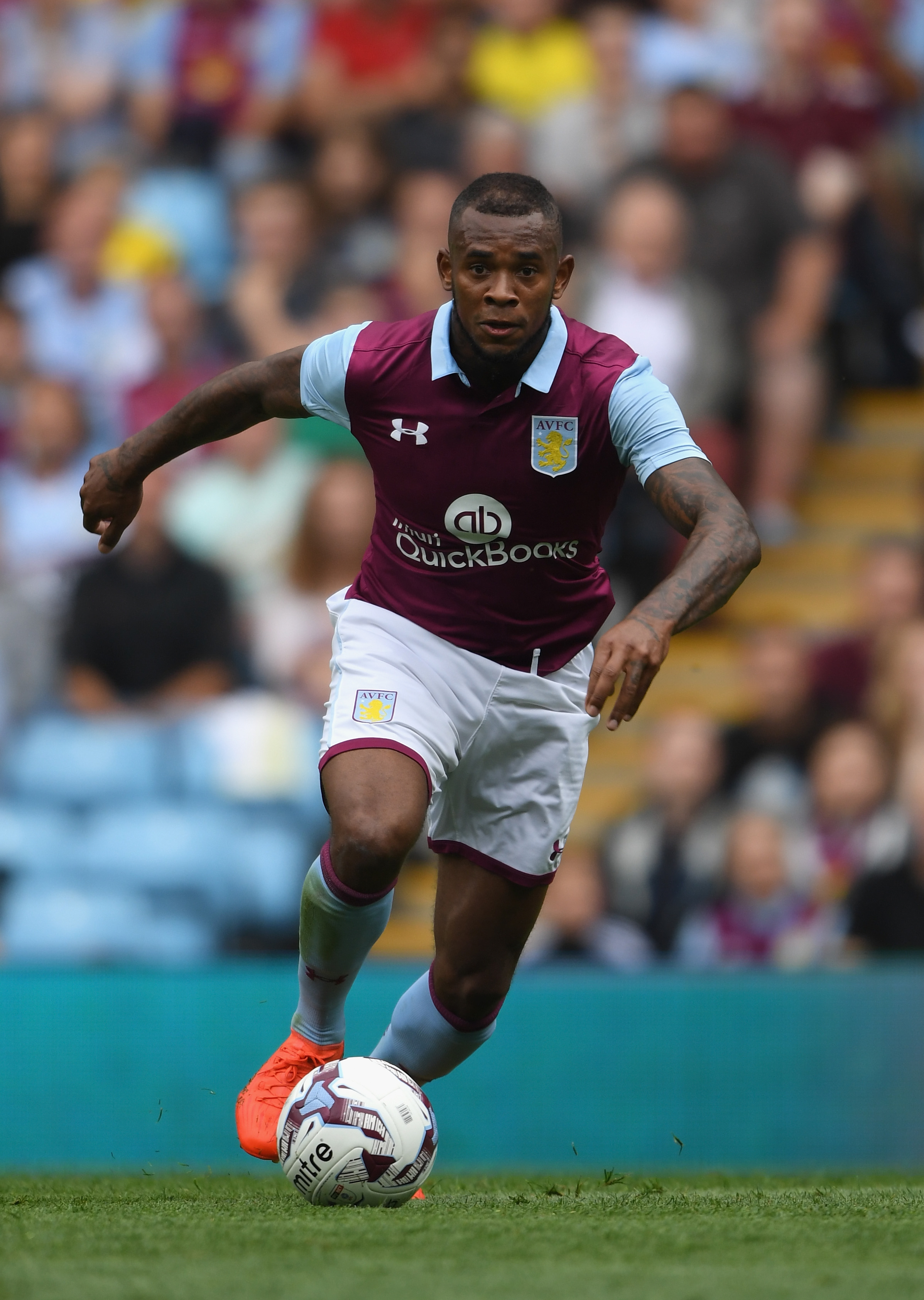 The one player that Reading fans travelling up to Villa Park should keep an eye on is Robert Snodgrass, who is currently on loan from West Ham has had a fantastic season with eight goals and 12 assists in 33 Championship games.

With an average of 2.2 key passes per game the Scottish international has a fantastic vision and can pick out a pass for his teammates with ease. Incidentally, this is best of anyone in the Aston Villa squad.

Secondly, Snodgrass has averaged 1.7 shots per game. This means that if given the time and space the 30-year-old will launch attempts at Vito Mannone’s goal from any range, which could have disastrous consequences.

Therefore all efforts should be made at keeping this talented midfielder quiet.

Following Aston Villa’s 0-0 draw away to Hull last time out, Steve Bruce could ring the changes. Jonathan Kodija could make his first start following his long spell out injured, while Connor Hourihane may make a return to the starting line-up having been left on the bench.