A long read on how Paul Clement’s side could follow tactical trailblazers England.

Share All sharing options for: Can Reading Learn From Gareth Southgate’s England?

Say what you like about England’s chances of winning the World Cup, but it’s certainly a very different side to what we’ve seen in the last few tournaments. Gareth Southgate, who took over as manager at the end of 2016, has implemented an attacking form of possession football which has looked easy on the eye in group-stage wins over Tunisia and Panama and could well win England the tournament.

As Paul Clement builds his Reading side ahead of the 2018/19 season, it’s worth asking: can the Royals learn anything from England’s system? It’s probably not worth asking, but we’ve written about it anyway.

How do England play?

In years gone by, you’d typically see England lining up with a fairly basic flat back four, often turning out as a 4-2-3-1 or the infamous 4-4-2. However, Southgate scrapped that after the 2-2 draw against Scotland last June, switching to a back three instead. Although the set-up is flexible, it usually goes something like this:

Ball-playing centre half John Stones is flanked by two other defenders, and protected by one dedicated defensive midfielder - usually Eric Dier or Jordan Henderson. Ahead of that CDM is two more attacking midfielders with wing-backs out wide. Harry Kane leads the line, with Raheem Sterling given a free role in-behind.

Side note: when Reading have played with three at the back, they’ve done it differently to England

Reading haven’t played three at the back too much in recent years, although Jaap Stam gave it a go at various stages during his tenure, perhaps most notably in the play-offs against Fulham (very effectively) and Huddersfield Town (less so). Although the set-up in the second play-off semi final leg against Fulham (below) is similar-ish to today’s England team, it was conservatively designed to counter Slavisa Jokanovic’s team which was superior going forwards.

The three-man defence would be brought back by Stam at random stages in 2017/18, but failed to stick for a number of reasons which we’ll get onto later.

How can today’s Reading ape England?

One of England’s strengths is their ability to retain possession which starts right at the back. As Ederson has showed so brilliantly since signing for Manchester City, a ‘keeper who can pass the ball out accurately, under pressure, gives a valuable extra outlet. For Southgate’s team, that’s Jordan Pickford, but Reading don’t really have any suitable candidate. Vito Mannone and Anssi Jaakkola looked shaky playing this role last season so, unless we get one of the younger ‘keepers to do it, we’d have to bring in a specialist.

Although they were often asked to overplay with the ball by Stam, Reading’s current centre halves are much better at keeping possession and picking a pass than our defenders in recent years - Alex Pearce, Jake Cooper and more. In Tiago Ilori, you’ve also got a mobile defender who can cover ground quickly when others around him push him - like Kyle Walker does to cover for wing-back Kieran Trippier.

Proper wing-backs rather than stand-ins

England get their width from, in my view at least, some of the best wing-backs in the game; Kieran Trippier and Danny Rose are solid defensively, offer end-product in the final third, and have the mobility to transition between those two states without difficulty. This is where Reading have really struggled in their past attempts at playing three at the back - they’ve had players who can do some of those things, but not all three.

Chris Gunter, Tyler Blackett and Jordan Obita were the men to fill this role in the play-offs, although Obita was the only one to impress both defensively and offensively - even scoring a crucial goal at Craven Cottage in the first leg. Otherwise, Leandro Bacuna, Pelle Clement, Andy Rinomhota, Garath McCleary, Adrian Popa and Callum Harriott have all been tried as wing-backs by Reading - none have made the position their own.

Right now though, breakthrough talent Omar Richards and new signing Andy Yiadom are much better-suited. They’ve naturally got defensive qualities, but also have the pace and attacking instinct that gives their game an extra dimension and makes them effective wing-backs.

To his credit, Southgate goes with a positive midfield three - rather than having two defensive players and one attacking, he switches it around. Jordan Henderson or Eric Dier is the ‘anchor’ that wins the ball before distributing it as Jesse Lingard and Dele Alli push on.

Reading have plenty of central midfielders but a lot of them wouldn’t quite fit into this set-up. For example, Joey van den Berg can sit in front of the defence, but his passing range is poor - conversely, Liam Kelly can pick a pass but doesn’t have the physical presence to properly protect the back three. Summer signing David Meyler or former Villa man Leandro Bacuna are the best fits.

It’s a similar story going forwards. Lingard and Alli act as box-to-box midfielders - they’re technically good, but also have the energy to make up the ground between defence and attack - and do it quickly. Having those pacey players means England can suddenly have runners going through the middle beyond the striker - get a load of this run from Lingard against Tunisia. Whilst the defender watches Kane’s run, the Man United player has the pace and quick-thinking to get in-behind. 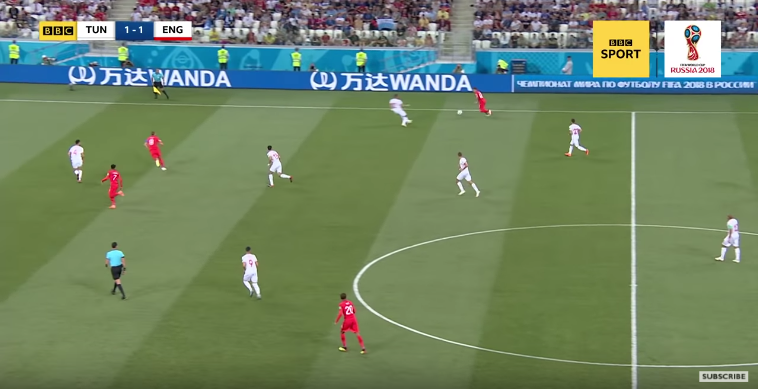 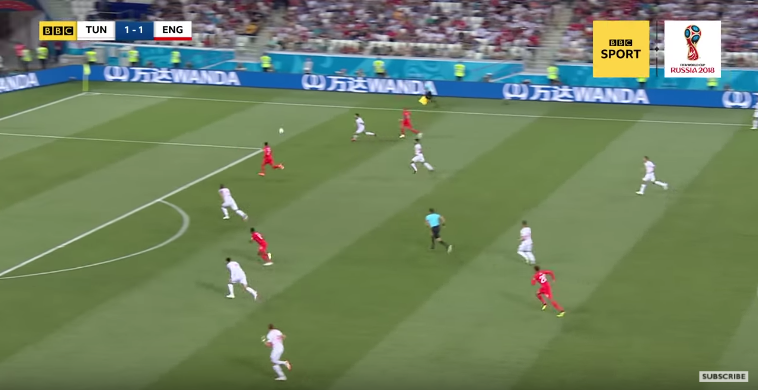 Do Reading have someone like that? John Swift and Dave Edwards like to make those late runs into the box, but the latter doesn’t have the mobility to cover ground like Lingard does. Otherwise, you’re probably looking at Pelle Clement, Andy Rinomhota or Leandro Bacuna.

Comparing Jon Dadi Bodvarsson to Harry Kane is a tad optimistic, but the two forwards do have similar traits. Each are strong all-round, having movement and hold-up ability that makes them well-suited to leading the line and bringing a pacey strike partner into play. For England that’s either Raheem Sterling or Marcus Rashford - for Reading it’s a little tougher.

When you think about Reading and pace, you probably think of Modou Barrow. Although he’s probably the best fit here, I’d argue he’s best at using his speed to find space out wide where he can isolate a full-back and blitz past him. For a central role, you’ve got a better fit in the more versatile Sone Aluko or the natural striker in Danny Loader.

Looking at forwards also highlights the biggest difference in squad balance between Reading and England. England play with wing-backs because, Sterling aside, they don’t really have pacey wingers to give them width. The Royals on the other hand not only have Barrow and Aluko, but also Adrian Popa, Callum Harriott, Garath McCleary and Yakou Meite.

At the end of the day, the best teams play to their strengths. England have a great mix of pace and technical skill from front to back that naturally slots into a 3-5-1-1 really well. However, that’s not the same for Reading. Although we have the right talent on paper, there are a few square pegs being asked to line up as round holes. It would also be bad news for those that don’t fit in at all. There’s no obvious place for Liam Kelly or Chris Gunter - players who would otherwise be regular starters.

That doesn’t mean that Paul Clement should overlook some kind of ‘three at the back’ system completely. For example, changing that 3-5-1-1 into something more akin to Chelsea 2016/17’s 3-4-3 would allow for two wingers to play off a target man. Either way, it’ll be interesting to see if the manager, who has mentioned his desire to have a ‘plan B’ in his locker, considers a three-man defence - whether it’s inspired by England or not.