A lacklustre Reading FC managed to overcome a tidy looking Portsmouth FC side, under the lights at a rocking Fratton Park. Here's how players performed on the night.

At fault for the Portsmouth goal. Never looked comfortable on a windy night and a greasy pitch. Received ironic cheers from the travelling supporters when under no pressure, collected a ball which trickled into his box. Kicking from hand was horrible. Gelatinous.

I don’t recall seeing him playing. Certainly not bad, just quiet. Perhaps could have got forwards more. Made a good block at the death. Stunted.

Subtly composed, did all the simple things well. Never once looked troubled. Staunch.

Generally classy in possession of the ball, but did launch it forwards to no one at least once. Had a role in the calamity Portsmouth goal, but not the main culprit. Leaving?

Uneventful game for the full-back. Lacked a good first touch on a couple of occasions, but did over lap the wide midfielder a few times. Shrug.

A lot of people are going to think this is harsh, but he swanned about pointing and shouting, but delivered the square root of zero. Not the Norwood we are accustomed to seeing. Pathetic.

Energetic, hectic, lightweight. He got pushed off the ball a few times in the first half and didn’t complete tackles. Gave the ball simple when in possession. Whizz. 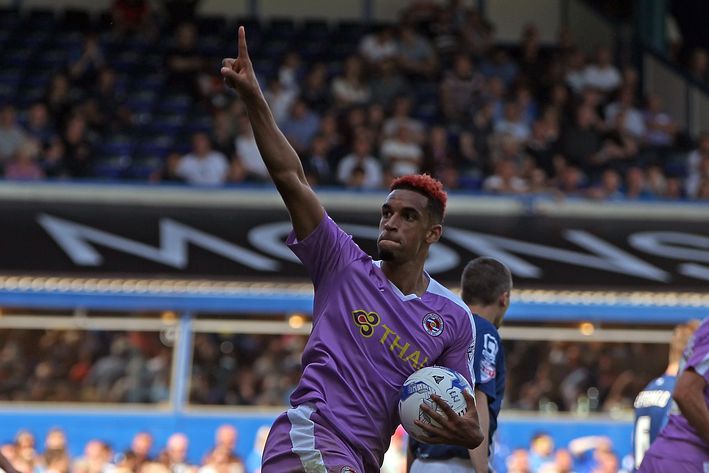 In the wind and rain at Fratton Park, Reading bumbled through to the third round of the Capital One Cup, here's our full report.

Drove the team forwards whenever he could. Provided movement when in possession and disrupted the opposition well. Charge.

Not a wide player, not a striker. Repeatedly gave the ball away very cheaply in the first 45 minutes. Took his goal really well. Typical.

Fluffed a sitter. Gave the ball away, then gave it away again and again. Didn’t move to the ball. Didn’t jump for headers. Played a part in the second goal. Waddle (not the Chris variety).

Tried to fit into a system to which he is not suited. Linked nicely with Blackman for the first Reading goal. Podgy.

On the pitch for 20 minutes, but completely changed the game. Messi-esque bring down first touch, in a strong cross wind from a Al-Habsi punt. Easy slot home for the second Reading goal. Zip.

Made a couple of good clearing headers during his 5 minutes on the pitch. Mallet.

No time to make an impression.