Job done for Reading FC at the Madejski Stadium against Huddersfield but which players stood out?

Reliable performance from the Reading keeper who had a couple of saves to make, albeit nothing hugely threatening. Kept the game flowing with some good distribution and some nice throws.

Good display from the Wales full-back who had to spend 45 minutes on his less-favoured left-hand side. Possibly would have ventured into 7/10 territory were it not for the heart-stopping moment just after the break when he could he seen red for hauling down Nakhi Wells as the last man.

Excellent performance from McShane that showed just why he's the club Captain. In the air and on the ground he was superb, keeping Huddersfield well away from the Reading goal while not being afraid to try and drive the play on from the back. Several times we saw him almost in a right-wing position, with his little nutmeg towards the end one of the best moments in the game.

Could Moore be the signing of the season for Stam? He's transformed the way I look at this defence in much the same way that the addition of Kaspars Gorkss really solidified Brian McDermott's 2011/12 title winning team. He just looks absolutely composed at all times, he's got everything you want in a defender and if he can stay fit and hungry he's one of the very best defenders in this league.

It was great to see Joey back as you know you're going to be entertained, even if it also leads to you feeling moments of sheer panic. Once again we saw the Dutchman make some big tackles, ping some wonder balls and charge around the field. Yet at the same time we had awkward 40-yard back passes, being disposed and passes going astray. Clearly wasn't 100% fit which didn't help and Stam made the right call to sub him early in the second-half.

A slightly harsh mark perhaps, but Obita was looking at being Huddersfield's best way back into the game and Jaap's decision to take him off at half-time was a smart bit of business. For someone that wants to be a winger or a number 10, he just doesn't seem to threaten, even when given license to go forward due to a back three being in place. This wasn't a horrible performance but it just didn't sparkle. 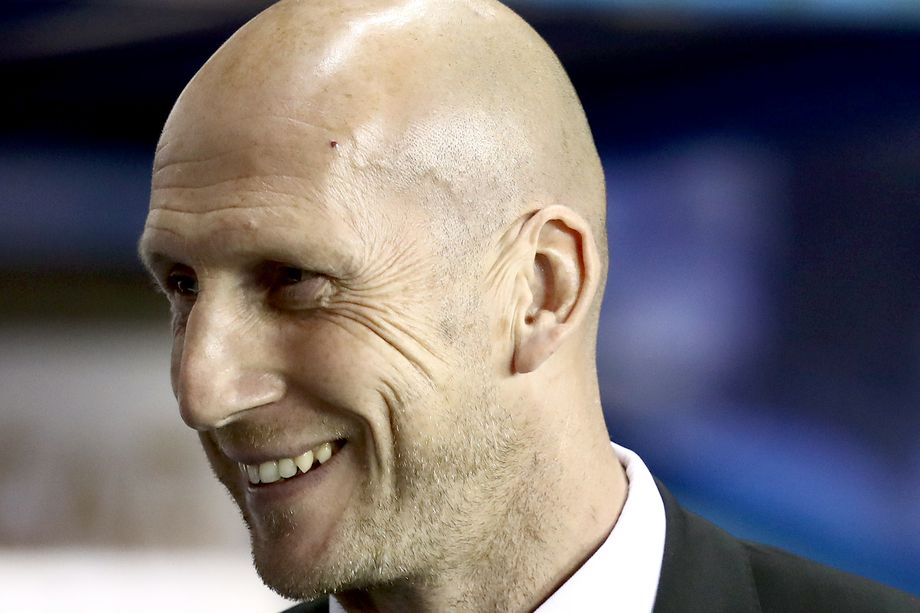 Wimb breaks down Reading's win over the league leaders.

Quiet shift from the American who looked to pick up a knock 15 minutes from time that hampered him in the closing stages. Danny was composed on the ball and kept things ticking over without really showing any creativity.

He's helped win us the last two games so a quiet afternoon possibly should have been expected from Swifty. He had a couple of nice touches, a fine effort that slammed the post and some decent deliveries but he just couldn't find that moment of magic that he did at Barnsley and Brighton. Possibly a bit tired from those long 10-man exploits and he got taken off before the end.

When he got on the ball, Harriott did look like making things happen, sadly he just didn't get on the ball enough. I'm not sure he touched the ball in the first 20 minutes but as soon as he did, he beat a couple of men and won a free-kick in a dangerous position. A solid full league debut but hasn't shown yet why he should start ahead of McCleary when his ban ends.

This performance is a really tough one to grade and I guess it's all about what you see Yann's role as being in this Stam team. If it's to lead the line and be a genuine goal threat then Kermorgant just isn't good enough and once again he barely troubled the Terriers' defence other than one lashed effort on goal late in the second-half. However, if he's there simply to hold up the ball and be a 'defensive forward' than you can't fault Yann, who gave everything he had to help protect our lead. Personally, I think you've got to do a bit of both, especially against ten-men and so I can't overlook his offensive deficiencies even if I thought he put in a great shift helping the team.

Again, maybe this could be a 7 for the goal but we managed just three shots on target against 10-men at home and Beerens should have been creating, or getting on the end of more. His goal was slightly fortuitous but he still put the ball on its way and did most of the work so credit to him. Possibly should have done better with a one-on-one but went too wide of Danny Ward in the Huddersfield goal.

Every time I watch Watson I'm really impressed with what I see and once again I thought he had a very good performance down the right-hand side. He wasn't afraid to get forward, his passing was crisp and defensively he did all that was asked of him.

Kept things ticking over nicely after he came on for Joey.

Charged around and gave it his usual 110% to help close out the game when he replaced Swift.